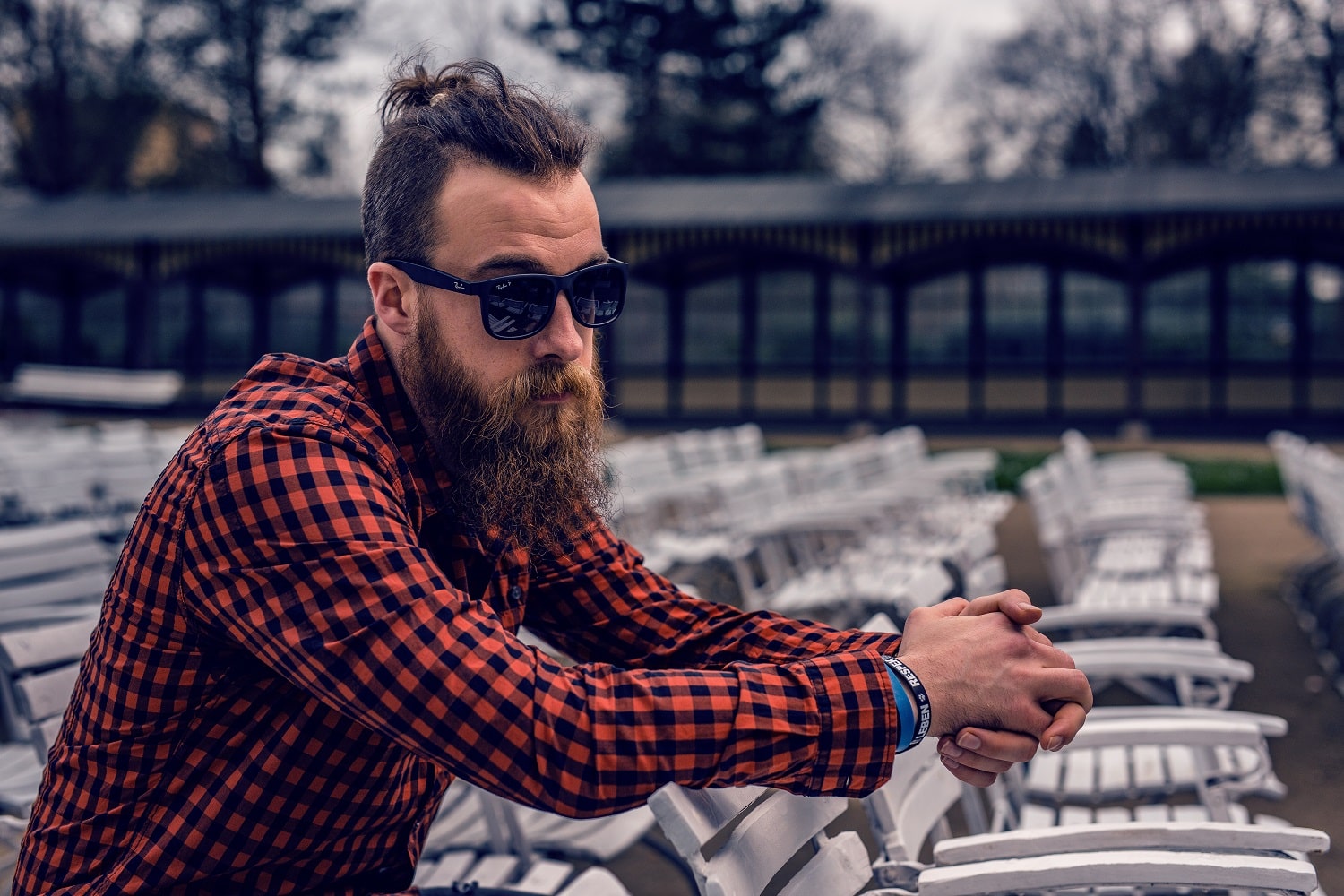 I recently interviewed a lovely lady for my local newspaper who was organizing our hometown’s upcoming Christmas celebration. She noted regretfully how children no longer experience the thrill of looking forward to the surprises Santa will bring.

“Kids don’t have to wait for anything anymore,” she observed. “They’re used to getting everything now.”

That remark got me to thinking: it isn’t just “kids these days” who are accustomed to automated everything. We live in a rushed world. We can communicate faster than ever before, view videos of live events, order a ride anywhere at the touch of a button, deposit a check or transfer funds in seconds, and receive instantaneous answers to anything you’d want to know in the palm of your hand. Our entire culture is centered on immediacy.

Technological advancements create convenience, which, of course, is generally a good thing. But the downside is that convenience tends to lull people into a slothful stupor. I fear that the ease of modern living is eroding the rugged individualism our country was once known for and is suppressing the enterprising spirit that has heretofore made our nation a romantic one.

There are, obviously, many complex factors that have contributed to the shift in our national identity. Among them is a subtle yet powerful agent: a permeating apathy brought about by technology.

It’s human nature to “work smarter, not harder,” but in today’s world, an abundance of convenience has programed us to prioritize the immediate satiation of our appetites. Our instant gratification has caused our American character to decline into something increasingly uneducated and unproductive.

We’re used to getting what we want when we want it. We don’t have to exert effort for things like we used to. With Amazon Prime, there’s no need to leave the comfort of our homes and interact with new and novel people to acquire life’s necessities. By using Uber Eats and other food delivery services, we deprive ourselves of the delight of visiting half a dozen specialty shops to gather the curious ingredients needed to prepare an exotic feast, and miss out on all the smells, sounds, tastes, and colors involved in cooking. With GPS, we don’t get lost and found in interesting new neighborhoods or make discoveries on traditional paper maps.

The advent of Tinder, Bumble, Hinge – any number of dating apps – means we don’t even have to venture off the couch to find a mate. There’s no working up the nerve to approach a cute girl at the bar, no need for liquid courage to pull off a daring pickup line. A passive swipe on a screen has replaced the flirtatious banter once requisite for wooing – and the agitation and exhilaration inherent in real-life amorous pursuits have been anesthetized right along with it. Ending things, too, traditionally a traumatic life event, has been reduced to a supremely lame virtual act of “ghosting.”

Risk is scary, and most humans are naturally risk-adverse. Risk is largely reduced, however, when you can satisfy most of life’s functions without taking a step outside your prefabricated abode.

But lower risk also results, naturally, in lower reward. We may be comfortable with all this contemporary convenience, but we’re not happy. Our obesity and divorce rates have ballooned in line with our unwillingness to work hard, deny ourselves, and wait patiently for anything. We’re weak, self-centered, and, worst of all, terribly boring. The romantic, adventuresome attitude that once led Americans to explore, invent, and achieve has degenerated into a digitized national attention span that’s less than that of a goldfish.

Is romance dead? I don’t mean simply the enchantment that occurs between a man and a woman smitten with one another, though that’s a big part of it. I refer also to the wonder of life, its mystery and the joy of discovery.

Hipsters (basically modern-day yuppies) and Millennials (their more generic counterparts) are not known for being particularly passionate, interesting, or aesthetically inventive. I recently moved into the second-floor apartment of a majestic Victorian mansion built in 1889, and never cease to be amazed by the detailed woodwork and thoughtful touches that lend splendor to every space – even the door hinges of the closets are intricately carved! By contrast, the prevailing style of a typical hipster coffee shop is “minimalistic” (code for “lazy”), with industrial furnishings and depressing monochromatic color schemes.

Most modern people, especially the younger ones, don’t have hobbies anymore. Hobbies require effort, leaving your comfort zone to meet new people, and risking rejection and possible failure. A Millennial musing on the topic of “Why Don’t Millennials Have Hobbies Anymore?” declared in a 2015 article for Elite Daily that “with a pair of iPhone speakers and a Netflix subscription, I rarely feel as though I’m missing out on anything.”

The Guardian reports on an even more disheartening trend: young people don’t even go to bars anymore. “I’d rather chill in and relax” is reported as the predominant mood among the youth. How can you be inspired, create something meaningful and lasting, forge new ideas and share great discoveries, if what you value most in life is staying inside all day hiding behind a screen?

Romance is, indeed, very near death. As a case study, consider how Shakespeare described his heart’s desire: “My bounty is as boundless as the sea, My love as deep; the more I give to thee, The more I have, for both are infinite.”

Consider, too, what Nat King Cole had to say about love in 1966: “Then your fingers touched my silent heart, And taught it how to sing, Yes, true love’s a many splendored thing.”

And finally, here’s how Post Malone, who invented his nom de theatre by using an online rap name generator and has become the voice of the current generation, expresses his “feelings”: “I seen you with your other dude. He seemed like he was pretty cool. I was so broken over you. Life goes on, what can you do?”

There is hope to be had, though, that romance will be resurrected and live to see another generation. I just read about a newfangled phenomenon called a “Dopamine Fast,” and it wasn’t the worst hipster idea I’ve ever heard. (That honor probably goes to the “SCOBY,” a slimy blob of bacteria used in making Kombucha – the overpriced, fermented nectar of hipsters.)

According to the BBC, “Proponents of dopamine fasting believe that we have become overstimulated by quick ‘hits’ of dopamine from things like social media, technology, and food. They say that by deliberately avoiding these common stimulants – which we see as pleasurable activities – we can decrease the amount of dopamine in our brain. Then, after the fast, when we re-engage with these stimulants, we enjoy them more and our lives feel better.”

A 24-year-old “Silicon Valley-based technology entrepreneur” (if that doesn’t scream “hipster,” I don’t know what does) who habitually fasts from dopamine told the BBC, “[R]egular quick ‘hits’ of dopamine make us ‘become numb to it in the same way someone who consumes cocaine develops a tolerance.’”

“‘Every day,’ he said, ‘we’re overcrowded, overstimulated, drowning in the noise of these things, and we’re now able to take a step back, reflect and re-engage in a way we want to, not in a way we’ve been trained.’”

Hipsters may be on to something. Neuroscientists tell the BBC there’s no evidence that such fasts have much to do with dopamine, but that relaxing and stepping away from obsessive habits is undoubtedly healthy. We are bombarded by relentless stimuli – whipping out our phones at the slightest suggestion of a quiet moment. The Guardian reports that the average person spends more than three hours a day on his smartphone, while other reports say we’re using social media on average for more than two hours a day.

Are we so overcome by constant diversion that we no longer appreciate real beauty? Too used to convenience to be bothered with something as challenging as courtship? Too lazy to work on our relationships or hold out for one that’s genuinely special? Are we programed to settle for what’s quick and easy rather than endure the ofttimes painstaking process necessary for crafting a masterpiece?

“Dopamine fasting” may be a fad, but it’s a sign that some hipster Millennials are aware of the consequences of a high-tech world.

Hipsters have other virtues, too, but uncovering them required some serious digging during a covert operation deep into hipster territory, namely, Thomas and Davis, West Virginia, and Asheville, North Carolina.

In Thomas, the very essence of a hipster – I’m talking man bun, flannel shirt, artistic tattoos, and a burgeoning beard that could have been from either a week in the wilderness or an hour in front of the mirror “manscaping” – talked to me while he mixed a craft cocktail. He explained that he’d like Thomas to maintain its small-town vibe, but wants his friends who own businesses to thrive, but definitely wants to keep out mainstream corporations like Sheetz (heaven forbid!). Oh, and he also wants affordable housing for everyone. In other words – a utopia.

In Asheville, I slept in an old bus repurposed as an Airbnb in the forest. I sat in a repurposed coffee shop bedecked with white fairy lights and a sign that said, “We filter coffee, not people” and drank a golden turmeric latte that cost more than a full breakfast at Denny’s. There, I eavesdropped on a beanie-wearing 20-something (apparently unemployed, as it was midday on a Tuesday) talking about how the salary he was offered during a recent interview was “insulting.” At night, I drank at a microbrewery and used a composting toilet in a gender-neutral bathroom.

Yet despite all this, I maintain that hipsters do have some virtues. They have the proper inclinations, but incorrect motivations. They’re attracted to the right things, but for the wrong reasons (i.e. being known for being attracted to what’s deemed “the right things”).

Hipsters may be pretentious, but at least they’re creating, and they’re purporting to appreciate something better than what the modern world has to offer. They are prone to preserving old brick buildings by transforming them into trendy lofts. They love producing food and drink that takes time, is homegrown, and artfully arranged. They embrace old-fashioned things – typewriters, vinyl records, polaroid cameras, general rusticity – the opposite of a high-tech, cheap, generic world. And with dopamine fasting, they’re promoting the reinvigoration of our numbed senses, which is the first step to regaining a sense of romance.