What History Says About Witnesses at Senate Impeachment Trials 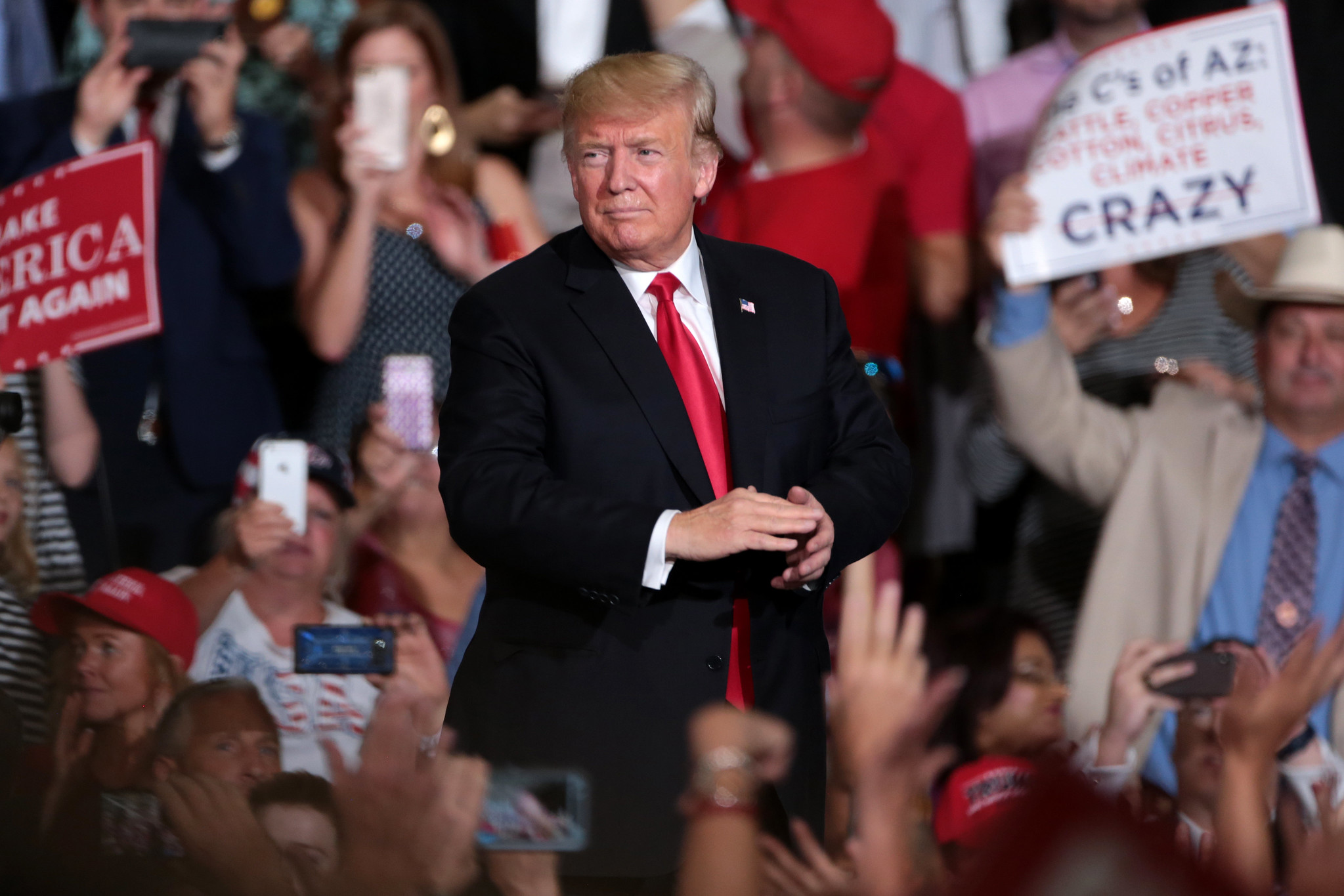 Key Capitol Hill players in the Bill Clinton impeachment are taking a decidedly different view about the Donald Trump impeachment when it comes to witnesses in a Senate trial.

Speaking on the Senate floor Friday, Senate Majority Leader Mitch McConnell, R-Ky., said House Democrats no longer have a say in what he calls an impeachment “fantasy.”

Senate Minority Leader Charles Schumer has ramped up his demand for witnesses in President Donald Trump’s Senate impeachment trial. Schumer, however, made the opposite argument two decades earlier.

“Never, never in the history of our country has there been an impeachment trial in which the Senate was denied the ability to hear from witnesses, yet the Republican leader seems intent on violating that precedent and denying critical evidence to this body and to the American people,” the New York Democrat said.

Schumer, a former House member first elected to the Senate in November 1998, was deeply involved in the Clinton impeachment process.

He sided with the 42nd president on three critical votes: against articles of impeachment in the House Judiciary Committee and again on the House floor in December 1998, and, after joining the Senate, to acquit Clinton in February 1999.

Ahead of the Clinton trial, Schumer said: “It seems to me that no good case has been made for witnesses.”

In another interview in early 1999, Schumer said:  “I wonder if the House managers [of the impeachment trial] aren’t a little more interested in political theater than in actually getting to the bottom of the facts.”

‘End This as Soon as Possible’

Conversely, Senate Judiciary Chairman Lindsey Graham, R-S.C., was among the 13 House managers who prosecuted the case against Clinton. Graham and the other House managers strongly pressed Senate leaders for witnesses.

“My goal is to end this as soon as possible for the good of the country, because I think it’s a danger to the presidency to legitimize this,” Graham told Fox News Channel last month, referring to the upcoming Senate trial.

The Democrat-controlled House impeached Trump on Dec. 18, charging him with abuse of power and obstruction of Congress with regards to his July 25 phone call with Ukrainian President Volodymyr Zelenskyy.

In the call, the two leaders briefly talked about Trump’s interest in Zelenskyy’s doing America “a favor” by investigating two things: interference by Ukraine in the 2016 U.S. presidential campaign, and the high-paying role of former Vice President Joe Biden’s son, Hunter, on the board of a Ukrainian energy company while his father was point man for U.S. policy on Ukraine.

House Speaker Nancy Pelosi, D-Calif., has yet to select House managers and send the two formal articles of impeachment to the Senate for the trial there.

Although both the Johnson and Clinton trials had witnesses, there was a significant difference, said David O. Stewart, author of “Impeached: The Trial of Andrew Johnson and the Fight for Lincoln’s Legacy.”

“Depositions don’t happen on the floor of the Senate and don’t get live coverage, so it is less stressful for the witness,” Stewart, a lawyer who defended impeached federal Judge Walter Nixon, told The Daily Signal.

“In 1868, nobody considered just doing depositions. Back then, they considered it a real trial.”

‘Not the Case Here’

Stewart sees some differences between the Clinton and Trump impeachments.

Few facts were in dispute in the Clinton trial, as the House had impeached him based on a prosecutor’s report, Stewart noted. However, he said, there was no definitive report or long investigation into the Trump-Ukraine matter.

Few fact witnesses testified during the House hearings on impeaching Trump, he added.

“The Clinton case had been thoroughly investigated by the independent counsel, Kenneth Starr,” Stewart said. “That’s not the case here.”

Stewart said he is not convinced the proceedings won’t have witnesses, adding that if House prosecutors have witnesses then the Trump defense team likely would call their own – potentially including Hunter Biden.

Even if Trump invokes executive privilege, it wouldn’t necessarily delay the trial for long, he said, referencing the Watergate scandal and the Oval Office tapes of President Richard Nixon.

“The Nixon tapes case was determined in 30 days,” Stewart said. “Litigation doesn’t have to be a long process.”

Nixon resigned Aug. 9, 1974, after the House Judiciary Committee advanced articles of impeachment about two weeks after the Supreme Court ordered Nixon to release the tapes. The resignation preempted a full House vote.

In the 1999 Senate trial, prosecutors deposed, on camera, Monica Lewinsky, the White House intern with whom Clinton had an affair; influential Clinton adviser Vernon Jordan, who would help Lewinsky get a job; and Clinton senior adviser Sidney Blumenthal.

The House prosecutors and Clinton’s lawyers showed portions of the video-recorded depositions to the full Senate during the trial, as they picked portions to buttress their points.

The House had impeached Clinton for perjury and obstruction of justice in connection with trying to cover up the affair.

More than 130 years earlier, in the Johnson trial, the House managers and the president’s defense team got testimony on the Senate floor from politicians and generals of that era with knowledge of Johnson’s firing of War Secretary Edwin Stanton.

The House impeached Johnson for violation of the Tenure of Office Act, which prohibited the president from firing Senate-confirmed officials without Senate approval.

The testimony of Gen. William Tecumseh Sherman, whom Johnson had asked to replace Stanton, was the most damaging to the House case. Sherman testified that the president directed him to run the War Department effectively.

House Republicans had anticipated Sherman would testify that Johnson attempted to have the department thwart the will of Congress during post-Civil War Reconstruction of the South.

‘Too Much Time for Grandstanding’

If fact witnesses are part of the Trump impeachment trial, using depositions would be better than having witnesses on the Senate floor, said Hans von Spakovsky, senior legal fellow for The Heritage Foundation.

“There would be too much time for grandstanding if there’s testimony on the Senate floor,” von Spakovsky told The Daily Signal. “Witnesses aren’t about exonerating the president. The president doesn’t have to be exonerated. It’s up to the House Democrats to make their case. The problem is they have not.”

Von Spakovsky said a major problem in the impeachment hearings held by the House Permanent Select Committee on Intelligence stemmed from the lack of fact witnesses and the number of opinion witnesses. The Senate should not allow opinion witnesses, he said.

Over the weekend, Trump personal lawyer Rudy Giuliani, the former New York mayor, said he is ready to testify if needed.

“The president has the ability to exert executive privilege regarding those who work for him in an official capacity,” von Spakovsky said.

“Giuliani works for him in a personal capacity. That’s still a confusing area when the lawyer representing you is a potential witness.”