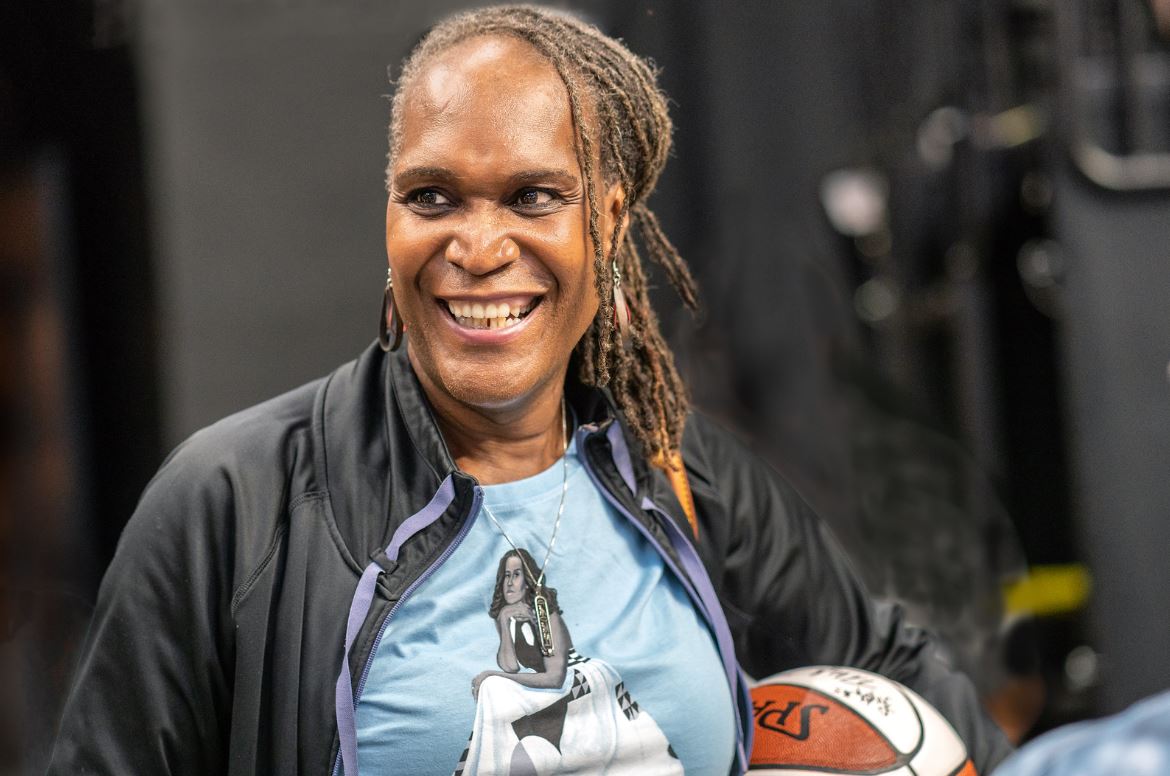 Women’s athletics have been a subject of a growing transgender inclusion controversy that threatens to blow open wide as high school sports, college, the Olympics, and even the professional level are grappling with how to balance fairness with a new demand for “inclusion.”

There are questions about how transgender athletes should qualify for participation, and each arena has come up with different sets of guidelines, making it very confusing and the landscape muddy. Across the U.S., there are as many different rules for high school athletics participation as there are states, while the NCAA, Olympics, and professional leagues are setting their own standards and priorities.

In high school sports, for example, there is no conclusive, federal policy for transgender inclusion, so each state – and even country and local jurisdiction – is making its own determinations. According to the pro-LGBT advocate group GLSEN, there are 18 states that have policies that prohibit transgender students to participate in high school athletics. According to Transathlete.com, eight states including Alabama, Arkansas, Georgia, Idaho, Indiana, Kentucky, Louisiana, Nebraska, and Texas, say that a student’s sex, as recorded on their birth certificate, determines whether they play on women’s or men’s teams. This has of course been called discriminatory by trans advocates.

Also according to Transathlete, there are 19 states that allow trans gender students to opt in to the sex segregated sport of their choosing without any criteria being met other than self-selection, and 16 that do not have a cohesive policy (determinations are made on a case-by-case basis), and six states that have not addressed it either way.

All are bound by the federal Title IX statute that bars sex-based discrimination for programs that receive federal funding. But there is no clarity there, either. The Supreme Court is currently deciding on cases that would determine if “sex” as defined under the 1964 Civil Rights Law means “gender identity” and sexual orientatation. The rulings in these cases could have a broad impact on how schools and treat these issues going forward.

In Alaska, one of the states that has no specific policy regarding trans athletes, Nattaphon “Ice” Wangyot was the first transgender athlete to run in the state in 2016. A senior at Haines High School at the time, he qualified for the girls 100- and 200-meters.

The event sparked opposition from the conservative group, Alaska Family Action, which held a press conference at the time. AFA’s president James Minnery encapsulated the primary arguments that resonate today: “Allowing students to play on teams of the opposite sex disproportionately impacts female students, who will lose spots on a track, soccer and volleyball teams to male students who identify as female.”

North Carolina is one of the states that switched to an inclusive policy in 2019. While the North Carolina rule had required that students must play for the sex recorded on their birth certificate, the new rule allows students to complete a Gender Identity Request (GIR) form. This would be submitted by a school prior to the trans student’s participation and “be based on the gender identification of that student in current school records and daily life activities in the school and community.”

The old policy in Virginia required that students must have undergone sex reassignment surgery before participation, but this was changed in 2014 to allow inclusion for those who have begun hormone therapy, or who are “consistent” in their trans identity. Meanwhile in 2019, Arlington County, Virginia, pushed through sweeping changes to inclusion policies for local district schools. These changes include use of preferred pronouns, gender neutral washrooms and changing rooms, gender neutral uniforms, gender neutral awards, and the ability of transgender student athletes to apply to play for their opposite sex team as outlined in current Virginial High School League rules.

Missouri does not have a definitive policy, but state Senator Cindy O’Laughlin has offered a resolution to amend the state constitution to ensure that students compete in sex-segregated sports that align with the sex recorded on their birth certificates. O’Laughlin’s primary concern is for girls to compete on a fair playing field.

“If you have a daughter, and she has practiced and trained and done everything she could do to be excellent in a sport and if she enters a race and a male who now identifies as a female enters the race and wins, that’s patently unfair,” O’Laughlin charged in December.

The Kentucky 2019 governor’s race was a battleground for this issue between a Democrat who wanted transgender inclusion and a Republican who did not. The American Principles Project launched an ad featuring two girls facing off in a wrestling match. The ref is about to declare a winner between the two competitors, when a boy steps into the frame, and is immediately awarded the victory. The ad condemned Democratic Kentucky Governor Andy Beshear for advocating for male-bodied trans gender student athletes inclusion in girls’ athletics. Beshear went on to win the governorship.

The NCAA has its own policy at the college level. Adopted by the NCAA Executive Committee in April 2010, the NCAA Office of Inclusion issued a resource for how athletic programs  will incorporate transgender athletes and furthermore, how to educate their teammates about it. The document was updated in 2018 and offers an extensive glossary of terms. There is barely a mention of the impact on non-trans teammates other than it’s their responsibility to be inclusive of their gender non-conforming peers.

Sure, some lip service is given to concerns that male-bodied competitors in women’s sports have an “unfair competitive advantage.” The NCAA dismisses this concern as an incorrect assumption that “transgender women are not ‘real’ women,” that male bodies “automatically give transgender women an unfair advantage” over female bodies, and that men could pretend to be transgender in order to compete with women.

The NCAA says that “these assumptions are not well founded,” proclaiming it  “not accurate” that biological men are stronger than women. The NCAA guidelines equate differences between men and women to the natural differences between any human beings, regardless of sex.

But a study from the British Journal of Sports Medicine shows that when young women take testosterone, their athletic endurance increases. In the small sampling of 48 healthy, active women between the ages of 18-35, testosterone levels were increased over the course of 10 weeks from the standard women’s range of .09 nmol/liter of blood to 4.3 nmol/liter. The normal, healthy range for men is 9.2 to 31.8 nmol/liter. The International Olympic Committee (IOC) requires that male-bodied trans gender individuals who want to compete in women’s events have lowered their testosterone levels to 10 nmol/liter for a period of 12 months or more.

In October, male-bodied, University of Montana runner June Eastwood was named the NCAA Women’s Cross Country Athlete of the Week by the Big Sky Conference. Three months into Eastwood’s testosterone suppression treatment she noticed a decrease in her athletic ability, from endurance to muscle strength. According to Runner’s World, Eastwood’s coach, University of Montana’s Brian Schweyen, said that “June’s times, intervals, and training in workouts don’t compare” to her previous times, prior to testosterone suppression.

A guidebook for male to female trans gender individuals explains the effects of estrogen on male bodies: Within one to three months, skin will be softer, muscle mass will decrease while body fat increases and distributes along a more feminine pattern.

CeCe Telfer ran track for Franklin Pierce University, and won the 2019 NCAA Division II Outdoor Track & Field Championships in the women’s 400-meter hurdles. Her first place time of 57.53 seconds was far faster than the second place time of 59.21 seconds. Telfer ran for the Division II men’s team for the first three years of her college track & field career, and never made it to nationals in the men’s category. While Telfer is now a national women’s champion, she was ranked 200th in the men’s events in 2016, and 390th in 2017. Telfer underwent 12 months of testosterone suppression before competing in, and dominating, women’s track and field events. Telfer has dreams of competing for Olympic gold in the 2020 Tokyo games.

Outside the U.S., transgender women are dominating women’s sports. Male-bodied cyclist Veronica Ivey (nee Rachel McKinnon), is the defending world champion of women’s track cycling. Laurel Hubbard took the gold in weightlifting at the 2019 Pacific Games, lifting 268 kg, which was 7 kg and 13 kg more than her closest competitors. For comparison, the men’s Gold Coast competition was won with a lift of 330 kg. In women’s rugby in the UK, refs are leaving the sport instead of watching as male-bodied trans gender players with 12 months of testosterone suppression tackle, crush, and injure female players.

When concerns are raised about fairness for teammates, specifically for women who compete in women’s sports, the NCAA and high school sports organizations tout the importance of “education” and “compassion.” But female-bodied transgender boys do not pose a threat to any male athletes. It is the female sex-segregated sports that are under threat, and the voices of trans advocacy groups blot out the very real fear that women’s sports will soon be a thing of the past.