California Farmer Fights Government Claim That Dirt Is a Pollutant 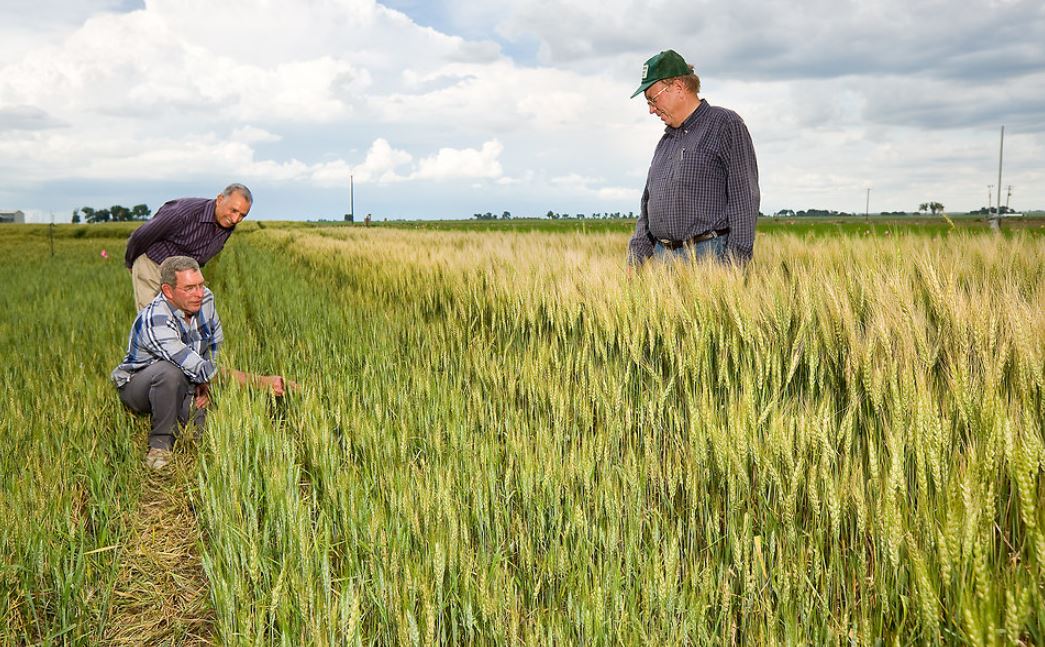 No one told Jack LaPant that he could be in violation of the Clean Water Act for farming his own land.

That’s mostly because the federal law includes a clear exemption for “normal” farming activities. But it’s also because the government officials LaPant consulted didn’t view overturned dirt that has been tilled and plowed as pollution.

In 2016, the Army Corps of Engineers, which administers the Clean Water Act with the Environmental Protection Agency, began legal action against LaPant for plowing he did in 2011 to plant wheat on a ranch property he owned in Northern California.

But in March 2012, LaPant had sold the property, located in Tehama County about four miles south of the city of Red Bluff.

Before plowing his field to plant wheat, LaPant conferred in person with the Farm Service Agency in California, which is part of the U.S. Department of Agriculture.

“All of these government officials I spoke with, and they have all been deposed, they never once suggested that I should go meet with the Army Corps of Engineers,” LaPant said in a phone interview with The Daily Signal.

“I asked them if it was OK to take this piece of land and grow wheat and they all said it was OK,” he recalled. “Even today, you can go into these offices and they will not tell a farmer that he needs to go and see the Army Corps to farm on his own land. It makes no sense and the Department of Agriculture doesn’t understand any of it, and we are talking about the same federal government.”

LaPant recalls visiting “four different government folks” with expertise in soil conservation when he was researching the history of the farm.

“They all gave me the same answer,” LaPant said. “They told me, ‘Jack, if you’d like to go ahead and plant it the same way it’s been planted in the past, go ahead. But if you want to go in and plant a permanent crop, then maybe we’ll go back and study it.’ So, I went ahead and planted 900 acres of wheat.”

The legal complications for LaPant began after he sold the property to Duarte Nursery, a family-owned nursery operation based in Tehama County, California, which then encountered similar problems with the Army Corps of Engineers.

Duarte Nursery entered into a settlement agreement with the federal government after suing the Army Corps of Engineers for denying due process. Pacific Legal Foundation, a nonprofit, public interest law firm based in Sacramento, California, and Washington, D.C., represented the nursery in the case and now represents LaPant.

Tony Francois, a lawyer with Pacific Legal Foundation who specializes in property rights, told The Daily Signal that the orchard-planting operations of another company, Goose Pond Ag, may be what led to the prosecution of LaPant.

Goose Pond Ag, a Florida-based farmland management company, purchased a portion of the California property from Duarte Nursery in 2012. Six years later, in 2018, the company reached a settlement with the U.S. Justice Department in which it agreed to pay $5.3 million in civil penalties for Clean Water Act violations, according to media reports.

“It’s the orchard planting and the preparations for the orchard planting, which involves fairly substantial earthwork, that really got the Army’s attention and got this whole enforcement action going,” Francois said. “What’s odd about it is that they roped LaPant into it, and we think the Army may have initially thought LaPant was part of this plan to plant the orchard.”

This month, Pacific Legal Foundation plans to submit a motion for summary judgment to the U.S. District Court for the Eastern District of California that could resolve some or all of LaPant’s case based on “application of the law to the undisputed facts in the case,” Francois said.

If the case is not resolved,  it could move to a jury trial sometime in 2020.

The Daily Signal sought comment from the Army Corps of Engineers and the Environmental Protection Agency. Neither agency had responded by publication time.

What’s particularly alarming to LaPant and other farmers familiar with his case is that in their view the Corps saw fit to modify the Clean Water Act without congressional approval, Francois said.

This would include normal ranching, farming, forestry activities. But the Army has added multiple conditions that you have to meet for these protections [for such operations] to continue.

One of these conditions is that the property has to be tilled pretty regularly for this protection to continue. But there are many reasons why a farmer may suspend tilling. For example, cattle may have a higher price than wheat or corn, and so the land might be used for grazing for a period of time.

The Army has definitely added hurdles and obstacles to a pretty clear and simple statement of the Clean Water Act that you don’t need a permit for normal farming activities. In our view, what they’ve done is to change the policy decision Congress made.