To Feel More Gratitude, Pay Less Attention to Your Feelings 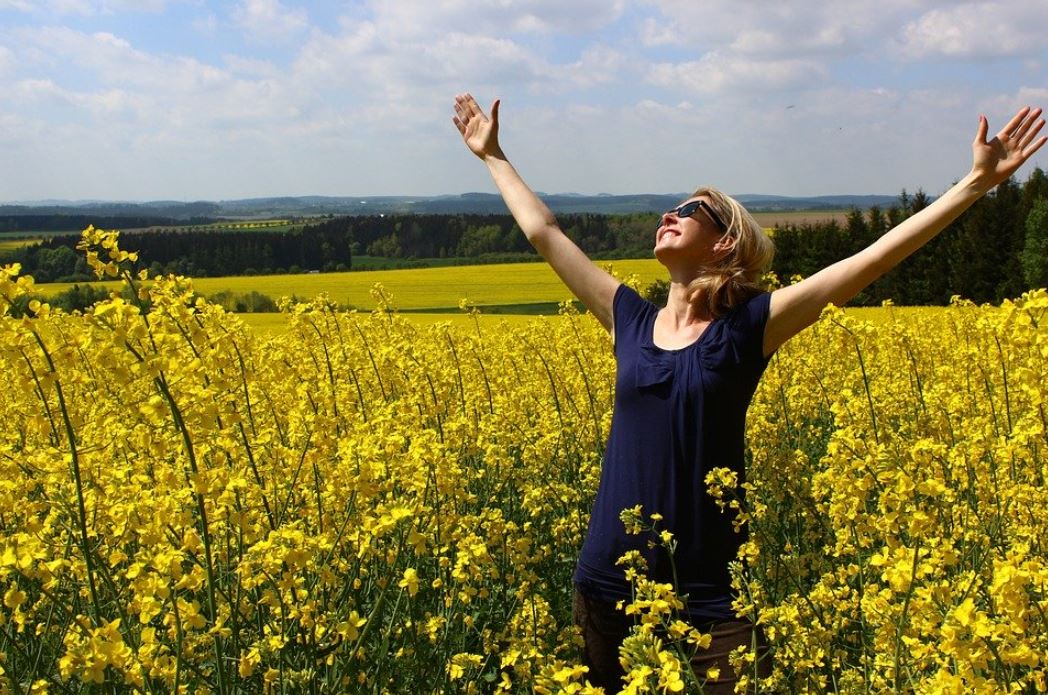 “How often do you feel a strong sense of gratitude or thankfulness?” In her book Grateful, Diana Butler Bass wonders about that 2015 survey research question posed by the Pew Research Center.

Butler was perplexed as she read the survey findings: “An astonishing 78 percent of Americans responded by saying that they had felt strongly thankful in the last week!”

Butler and many of her friends thought, “People don’t seem that grateful.” Butler added, “Other data say we are angry, discontented, and unsatisfied. And our politics isn’t exactly based in gratitude. ‘Thank you’ doesn’t seem to be our strength right now.”

Is Butler merely an ungrateful outlier in a sea of grateful Americans? I don’t think so.

Butler explains a disconnect between how we might respond to a survey and how we actually behave:

A ‘social desirably bias’ occurs when people answer a question in a way that makes them look good to themselves or others, that matches the image of the person they aspire to be. In other words, that high percentage might indicate there are many people, like me, who know that gratitude is good and want to be grateful, to feel gratitude, or to be seen as thankful people.

Most of us know the truth of Butler’s observation: “Inwardly, we know how difficult it is to practice and sustain thanksgiving – to live a truly grateful life.”

As much as we may like to, we can’t make ourselves grateful on demand. Gregg Krech, in his book Question Your Life, observes, “An authentic experience of gratitude is more grace than it is effort.”

Can grace arrive if we are so focused on ourselves? German theologian Dietrich Bonhoeffer, in Letters and Papers from Prison wrote:

In normal life one is not at all aware that we always receive infinitely more than we give, and that gratitude is what enriches life. One easily overestimates the importance of one’s own acts and deeds, compared with what we become only through other people.

For many of us, “easily overestimates” is an understatement. To increase gratitude, we need to increase our awareness that modern life is lived only through the efforts of others. By ourselves, we can do little. Krech reminds us, “There is a whole world out there that conspires for our benefit and that includes other people, nature, technology, commerce, and thousands of years of culture.”

In his book A Fountain, psychologist David K. Reynolds describes his client Paul who had “no trouble expressing his unhappiness about the way the world is treating him.” Paul had been “expressive in this way for years – and the complaints have led him into deeper and deeper misery.” Paul was suffering and ready to try something new.

At odds with today’s societal and clinical belief that expressing negative feelings is curative, Reynolds taught Paul “to bottle up his dissatisfaction rather than expressing it.”

“In the past when Paul was true to his feelings,” Reynolds explains, “he was only acting in concert with some of his feelings, the ones he chose to focus on, the negative ones. There are other feelings in Paul that have been ignored and underplayed.”

Are we not at least partially like Paul? We get irritated at our partner for a small infraction and direct our attention to the grievance as though we discovered a treasure. Being willing to release our complaint, we regain our true feelings of love and gratitude towards our partner.

So how do we become more realistic about our role in the world and live a more grateful life? Krech recommends a Japanese practice of self-reflective inquiry called Naikan. The practice pivots around considering three questions:

What troubles and difficulties have I caused ____?

Naikan is not a technique to count your blessings and remind yourself that life could be worse. Instead, practicing Naikan radically shifts one’s gaze away from self-centered feelings. “The process of reflecting on my situation doesn’t rely on my feeling state – it simply requires me to shift my attention so that I notice how I am being supported,” instructs Krech.

When one’s mind is not riveted on petty grievances, attention shifts to appreciate how much support is received from the world and others. With humility we see the big picture about life and turn our back on our problematical feelings. As we do, gratitude bubbles up.

Victor Hugo wrote in Les Misérables: “The supreme happiness of life is the conviction that one is loved; loved for one’s own sake – let us say rather, loved in spite of one’s self.”

We are doubly lost because we look in the wrong direction on the wrong map. Problematical feelings lie to us; they supersede love and gratitude.

Closing the gap between wanting to be grateful and actually feeling grateful is more a matter of allowing than doing. Gratitude will rush in on our welcome.