The Secular Religion of Socialism 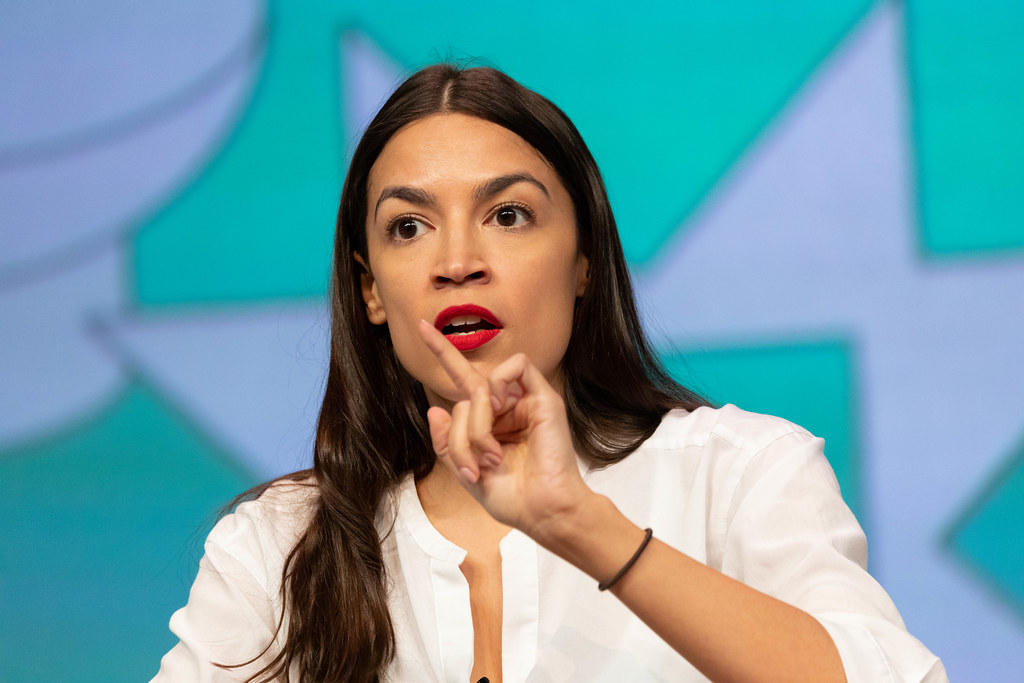 It’s the end of the world as we know it and we don’t feel fine.

We see it in the “how dare you” of Greta Thunberg and in Alexandria Ocasio-Cortez’s lament over colonialism, climate change, and the impact on her future children. It shows up in the condemnation of national sovereignty movements by Pope Francis, or in Stephen Hawking’s endorsement of machine-enforced wealth redistribution, and even in Neil deGrasse Tyson’s proposal for the country of #Rationalia. In essence, it seems that many political and scientific authorities share distress about inequity and have a shared solution: new socialist systems.

With a rising proportion of Americans identifying as non-religious, what’s with the almost religious anxiety regarding an apocalyptic judgment – of man by nature, or of the powerful by the weak? Why do we feel the need to hope for a new world order?

Joshua Muravchik’s Heaven on Earth gives one answer. A former socialist who abandoned the ideology in his 30s, Muravchik argues that we should understand the interest in socialized government, and the decline in nationalist sentiment, as a secular religion. Speaking in the preface he notes:

Arguably, [socialism] was the most popular idea of any kind, surpassing even the great religions. Like them, socialism spread both by evangelization and by the sword, but no religion ever spread so far or so fast. Islam conquered an empire that at its height embraced 20 percent of mankind. It took 300 years before Christianity could speak for 10 percent of the world’s people, and after two millennia it claims the adherence of about one-third of the human race. By comparison, within 10 years after the term ‘socialism’ was coined by the followers of Robert Owen in the late 1820s, roughly 60 percent of the earth’s population found itself living under socialist rule of one kind or another.”

What’s causing this appeal? Muravchik identifies a few culprits in his afterword:

A new generation began to come of age without direct memory of ‘history.’ And like the phoenix, socialism seemed to rise from the ashes and weave its spell once again. The image of equality, harmony, and easy abundance still tantalized; it gained new cachet as a panacea for the pains of globalization, migration and industrial obsolescence.

In other words, not knowing history leaves a gap that we want filled. Humans long to know where they come from, how that influences who they are, and where they are going. Socialists provide an answer for man’s suffering – as being rooted in material greed and inequity – and seek to alleviate that suffering by eliminating material differences. In doing so, they provide a compelling view of “Heaven on Earth.”

Thus, instead of imitating the self-sacrifice of Christ, our society venerates the triumphant self-as-victim striving for and against power. We’ve embraced the penance of surrendering national sovereignty – an obstacle to seeing individual humans in all their historical complications by the more simple story of belonging to tribes of predators or prey. Furthermore, we highlight only the immaterial communities composed of a hierarchy of oppressed identities, reducing our complicated history of people and ideas to a simple story of the oppressed and oppressor.

Americans are intellectual orphans crying out for the milk of meaning, hungry for a new faith to resolve the problems they see.

As Muravchik says in his preface:

Ironically, the power of this faith was to some degree obscured by the popularity of Marxist theory, which held that ideas were merely the surface froth thrown up by underlying currents of technological process and material interests. This too was a seductive notion because it answered that most puzzling question: why do people think what they do? But this ‘materialist’ interpretation of ideology has not stood the test of time, least of all in explaining socialism’s own history. What material interests or technology caused the triumph of socialism, or its defeat, in Russia? Its transmission to China, Cuba, and North Korea? Its appearance in other forms in Sweden, Israel, Tanzania, Syria?

If we accept Muravchik’s analysis of socialism as a faith, we should ask ourselves the following questions. Do we believe that morals are mere historical perspectives enforced by those with power? Do we treat others as though they were merely obeying the laws of gravity when they hurt us? Or, do we feel personally offended? Are morals rooted in a transcendental reality – in a common Power – that all of us understand, and that all of us can appeal to when wronged by our neighbor?