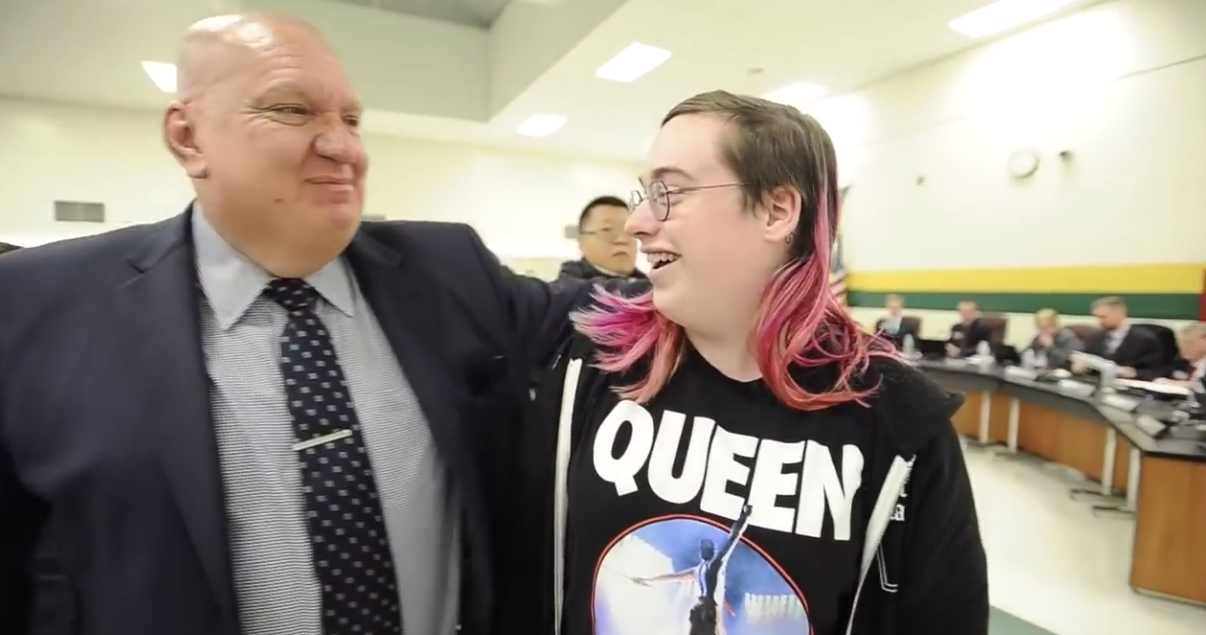 Video footage shows a high school girl choked up when her high school ruled that trans students have unrestricted access to bathrooms and locker rooms.

“I feel uncomfortable that my privacy is being invaded,” Burca says, who had a red nose and eyes. “As I am a swimmer, I do change multiple times naked in front of the other students in the locker room. I understand that the board has an obligation to all students but I was hoping they would go about this in a different way that would also accommodate students such as myself.”

A school district held a meeting at Palatine High School in northwest Illinois where board members voted to give unrestricted locker room and restroom access to transgender students, the Chicago station WGN9 reported. The board voted for the decision in a meeting attended by almost 500 people.

A transgender student identified as Nova Maday, who filed one of two lawsuits against the high school in 2017, is also shown in the video. Maday’s lawsuit asked that the trans student be able to change in the common area of the girls’ locker room rather than a private room, according to the Advocate.

“It passed, it passed,” Maday reportedly says happily in the video. “I’m ecstatic.”

“It’s definitely a first step forward in many more steps, it’s a great policy, unfortunately, it’s not everything we want,” Maday explained.

The decision came after four years of controversy between parents, students, and the board. The Department of Education ruled in 2015 that the district where the high school is located, District 211, violated federal law by banning a student from using the girls’ locker room, according to Advocate. The district eventually said the student could use the girls’ locker room, prompting outrage and lawsuits from parents and students represented by the Alliance Defending Freedom.

The policy will be implemented beginning Jan. 7, 2020, according to a statement from Superintendent Daniel Cates given to The Daily Caller News Foundation by District 211 Director of Community Relations Tim Petersen.