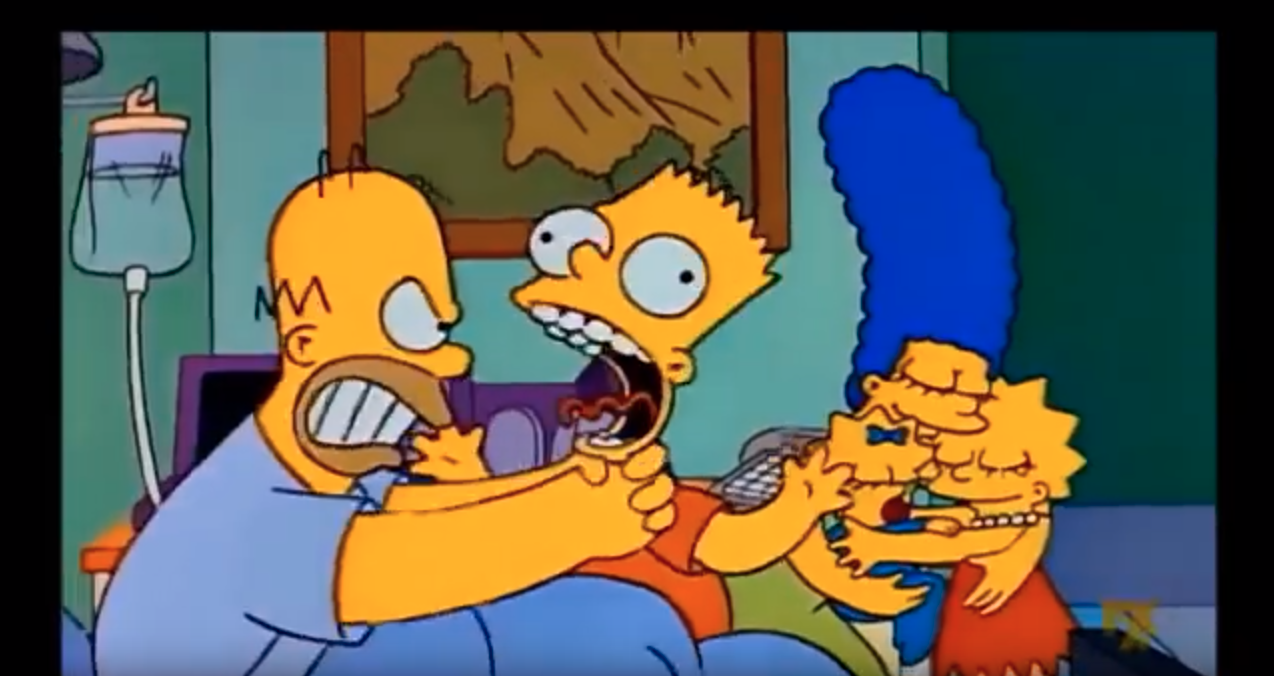 Homer Simpson is far from a good person. Among his many defects are alcoholism, sleeping on the job, a general disregard for the law, a gambling problem, and child abuse in the regular strangling of Bart.

Yet in spite of his many moral shortcomings, there is one way in which the Simpson family patriarch has continuously outshined many of his sitcom brethren over the last 31 seasons.

Jobs, hobbies, and friends have come and gone for Homer. Yet in spite of his many moral shortcomings, there is one area in which the Simpson family patriarch has remained rock solid: his commitment to and love for his wife.

Homer and Marge have weathered innumerable storms over more than 650 episodes of “The Simpsons.” While temptations to infidelity have surfaced, as well as many other fights and circumstances that would test the most durable marriage, these two have remained utterly devoted to one other.

Marital faithfulness is a theme utterly lacking in most modern sitcoms.

Gone is the propriety of widower Andy Griffith and the well-matched marriage of Rob and Laura Petrie. Instead, sitcoms delve into the seedier sides of how men and women relate. This is seen in how many shows now handle these topics, as well as the frequency with which these topics arise.

Certainly, there are still some examples of devoted sitcom husbands. Tim Allen’s characters in “Home Improvement” and “Last Man Standing” spring most immediately to mind.

Meanwhile however, two of the most enduringly popular, and longest running, sitcoms of recent memory exemplify the trend away from traditional marriage, and towards the meaningless sex that has become so commonplace in our culture today.

Rather than a cute story about the journey towards marriage and parenthood, “How I Met Your Mother” is more so “the story of every woman I slept with before your mother.” Alongside main character Ted Mosby’s various failed relationships is the continuing bedpost notching of play-boy do-nothing Barney Stinson. As an added disappointment, the titular mother dies of an unknown disease, Barney and Robin divorce after just two years of marriage, and Ted ends up returning to his first love interest of the show’s run.

Perhaps even worse is the never-ending circle of failed relationships and one-night stands which pass in and through the titular group of “Friends.” From the thrice-divorced Ross, to the multiple pregnancies that see parents either unmarried or in process of divorce, to Phoebe’s surrogacy of her brother’s triplets, to Monica sleeping with a high school student, this show is a never-ending circle of life-draining pleasure-seeking regardless of who might get hurt along the way. A committed relationship is practically the furthest thing from the mind of any character on the show.

In comparison to these sorts of behaviors Homer Simpson is a right proper gentleman!

It is perhaps concerning for the soul of modern American sitcoms that Homer Simpson stands above so many of his contemporaries in this regard, and that he has done so for three times longer than any of the aforementioned series.

Homer is not someone that can often be accused of self-control. Lest we forget, this is the man that intentionally ballooned up to a level of obesity that allowed him to claim disability status so he could work from home. What does it say about the non-animated characters of our “funny” shows that, in the realm of sexual morality, they have less self-control than our favorite yellow-skinned lummox?