Are We Too Paranoid About Mass Shootings? 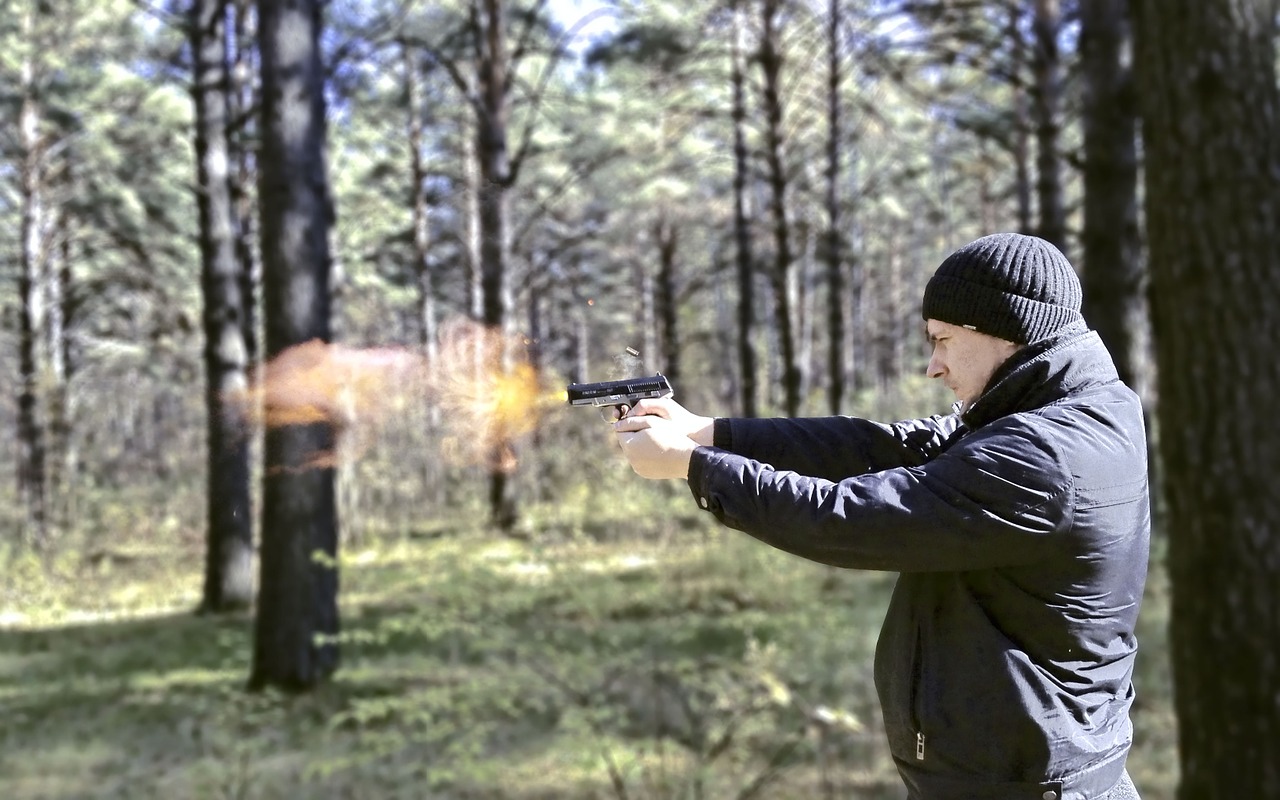 Many Americans worry about when – not if – another mass shooting will occur, and a Gallup poll from September found that nearly half of Americans fear being a victim of one of these attacks.

After the film “Joker” was released, you could see these fears play out.

Many announced they wouldn’t see it in theaters. The film’s deranged main character, they said, would inspire people like the Aurora shooter, who, in 2012, killed 12 people and wounded 70 others during a screening of “Dark Knight Rises.”

“I’m going to miss two minutes of the movie looking for emergency exits in a panic every time anyone gets up to go to the bathroom,” a film critic for The Cut wrote. Many theaters hired extra security to allay the fears of moviegoers.

Then there have been the false alarms in Times Square, New York, Baton Rouge, Louisiana, Cambridge, Massachusetts and, most recently, in Boca Raton, Florida, which is less than 30 minutes from the site of the Parkland shooting. The Times Square panic was caused by a motorcycle backfiring, while the Boca Raton false alarm was set off by a popped balloon.

Everyone, it seems, is on edge.

My research has shown a big discrepancy between the actual threat of mass shootings and the way the public perceives that threat. In other words, people think mass shootings are far more common than they are.

Why does this discrepancy exist? And what sort of ramifications does it have?

Homicides account for just 0.1 percent of all offenses known to law enforcement, and mass shootings represent just a fraction of all homicides.

In a recent analysis, my colleagues and I determined that the average annual victimization rate of mass shootings – meaning the rate of being injured or killed in one – is less than 0.04 per 100,000 people.

Put another way, being the victim of a mass shooting is just about as unlikely as being struck by lightning, which occurred at a rate of 0.035 per 100,000 people in 2016.

Over the course of your life, you’re far more likely to die in a car crash, in a fire or by choking on food.

And yet, you don’t feel a twinge of anxiety every time you get into a car. You don’t scan the emergency exits every time you’re in a building in case there’s a fire.

So why do they evoke so much fear?

There are several reasons.

For one, people tend to think mass shootings are more common than they are. This could be partially due to the fact that there’s no precise definition – or generally accepted national data source – on what constitutes a mass shooting.

So after an event like the El Paso shooting, you’ll see the Gun Violence Archive cited in some media reports, which will show a “mass shooting” happening nearly every day.

But there are significant and qualitative differences between mass shootings like Columbine, Las Vegas, Parkland and El Paso, and other types of gun violence, like familicides – when a person murders their family members – or gang shootings. By lumping all events together in one database, it makes the problem of mass shootings, typically thought of in the context of events like Columbine, appear endemic.

Mass shootings – the public kind – have happened, on average, around 20 times per year in the United States. This is more in line with the FBI’s database of “active shooting incidents,” of which there were 27 in 2018.

That’s still too many, but it’s a lot less than the 337 recorded in 2018 by the Gun Violence Archive. The frequency of these public mass shootings is slightly increasing, but the 20 per year average has remained largely consistent since 2006. They continue to be statistically rare events.

Second, media coverage seems to be a key driver of fear.

The vast majority of people will never directly be impacted by a mass shooting, so media coverage serves as their main source of information about these events.

When it comes to covering social issues, media outlets can choose from hundreds, but tend to only select a handful – what’s called “setting the agenda.”

So when media outlets decide to emphasize some issues – say, guns, mental health and violent media – over others, they’re telling news consumers that these issues should be on their minds, and should predominate over others, even if they’re exceedingly rare.

In the 1980s, sociologist Joel Best created a three-step model to show how rare events are turned into widespread social threats. Best used missing children to illustrate this phenomenon, but he later applied it to understanding how society and the media have responded to school shootings.

First, the problem is given a name, which allows it to be defined. That name – in this case, mass shootings – is splashed across newspaper headlines and television screens.

Next, examples, particularly the most extreme ones, are used to highlight the seriousness of the problem. For mass shootings, Columbine is the lodestone. Even 20 years later, it serves as the point of comparison for all mass shootings.

Finally, statistics are used to underscore the severity or breadth of the issue. In the coverage of mass shootings, the media often highlight the casualty count, allowing them to rank events as the “worst.” Other statistics, like where mass shootings are situated within the national crime picture, are typically omitted.

Of course, there’s also a public appetite for coverage of mass shootings. They’re dramatic and they’re terrifying, so they attract clicks and viewers. But the airtime mass shootings receive is far removed from their statistical likelihood. It has cemented the phenomenon as a social issue – and perhaps that’s why 48 percent of Americans fear being victimized by a mass shooter.

The disparity between public perceptions of the threat and the reality of their occurrence have some pretty significant consequences.

Accompanying the heightened panic about mass shootings is a demand for something to be done – and to be done immediately – to prevent future attacks.

But do these proposed fixes make sense? Are they even viable?

Take schools. Even in the aftermath of shootings like Sandy Hook and Parkland, schools remain among the safest places for children.

Nonetheless, in the wake of these tragedies, a school security market has emerged that now takes in U.S. $3 billion annually. Many of the solutions these firms tout – bulletproof backpacks, security cameras and metal detectors – might give people the impression that their kids are safer. But in many cases, there’s little actual evidence that they’ll prevent a school shooting or minimize the loss of life if one does occur. And again, that’s if one occurs.

Fear is a powerful emotion. It’s easily exploitable, comes with a high price tag, and dictates decisions we make.

Let’s not allow this fear to prevent us from living our lives and addressing the problem in a smart and realistic way.