The Seven Most Anti-War Episodes of M*A*S*H 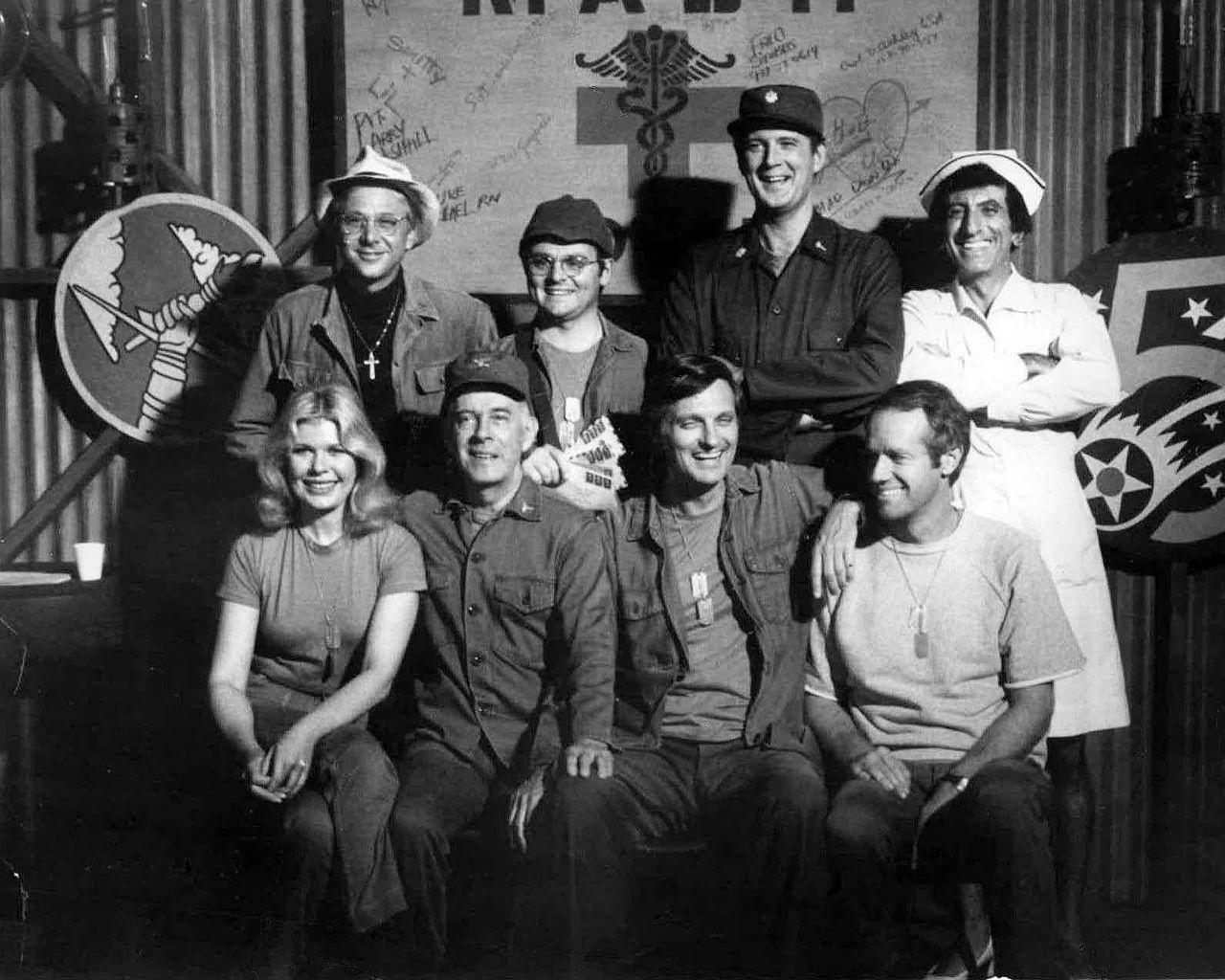 M*A*S*H is the classic sit-com telling the story of a Mobile Army Surgical Hospital in the Korean War. Despite the wartime setting, or perhaps because of it, this comedy contains some of the most profoundly anti-war sentiments in television history.

Hawkeye is held in a psychiatric ward with suppressed memories of a bus trip. After picking up refugees, the bus full of Americans and Koreans attempts to hide from an enemy patrol. While there are several rough scenes in this episode, this one is the worst and more than speaks for itself:

Radar is concerned he isn’t a “hot lover,” and Hawkeye advises his friend to take a trip to Seoul. Hawkeye blames himself when Radar returns early with injuries. To treat his guilt over the incident, Hawkeye gets drunk, resulting in a hangover that hinders his efforts in the surgical room.

When Hawkeye visits a recovering Radar, the latter tells him off for his intoxication, saying people depend on him and he didn’t meet their expectations. Hawkeye becomes increasingly incensed, replying:

Look you can’t lay all that on my shoulders. Don’t you know how much this place stinks? Don’t you know what it’s like to stand every day in blood, in the blood of children? I hate this place…. Why don’t you grow up, for crying out loud? I’m not here for you to admire! I’m here to pull bodies out of a sausage grinder, if possible, without going crazy. Period!

Lieutenant Colonel Henry Blake is being sent home! The episode is a happy tribute by the 4077th’s personnel to their beloved commanding officer, until the end of the episode when Radar walks into the operating room.

This was the first time in American TV history that a main character departed a comedy series via death. The actors weren’t told of the plan until just before filming the scene, and over 1,000 letters were mailed to the producers in reaction to the episode. Producer Gene Reynolds later explained his decision:

4. Sometimes You Hear the Bullet

In this episode, Hawkeye’s childhood friend Tommy briefly visits him at the 4077th before heading back to his unit.

Later, Tommy returns, but this time he shows up on Hawkeye’s operating table. Despite his best efforts, Hawkeye cannot save his friend. After finishing surgery Hawkeye breaks down crying.

Henry tries to comfort him:

A wounded bomber pilot arrives at the 4077th claiming to be Jesus Christ. Colonel Flagg, a CIA operative, is convinced he’s faking in an effort to get sent home. Sidney is called in to evaluate the man’s mental state. His final report details that the man truly believes he is Christ, recommends the man gets the help he needs, and that he should never be returned to combat operations.

Colonel, some men lose an arm, or a hand, or a leg. Chandler lost himself. He’s not playing a game. He spent two years dropping bombs on people who never did anything to him until finally something inside this kid from Idaho said, ‘Enough. You’re Christ. You’re not a killer. The next bomb you drop, you drop on yourself.’

Captain B. J. Hunnicutt’s first day in Korea is a rather traumatic one. First, he watches a Korean farm girl get injured probing a field for land mines. Then, after taking her to a local hospital, B. J., Hawkeye, and Radar escape sniper fire, before encountering an Army patrol, just before it is shelled to pieces.

Scrambling to treat casualties, Hawkeye has to inform B. J. that he’s already checked on one far gone soldier. B. J. has to see for himself and then crawls away to be sick on hands and knees as he encounters battle deaths for the first time.

“Don’t forget this is your first day of school,” Hawkeye says, “The worst part is you’ll get used to all of this.”

An exhausted Hawkeye has been operating without sleep for some time, and each time he tries to get some rest more wounded soldiers arrive. Despite orders to sleep, Hawkeye’s sense of duty compels him to help, seeing him reach three 24-hour days in a week.

As the exhaustion reaches new heights, Hawkeye becomes desperate to end the war. He goes to Radar to dictate a telegram.

Later Hawkeye questions Major Frank Burns during his regular lecture on why the war is happening. Frank uses a colorful turn of phrase to state that the Communists have ruined their own countries, while the U.S. has a high standard of living, and working bathrooms.

“And if they can’t get our bathrooms by subversion, they’ll get them by war!” shouts Frank.

“They can have mine,” responds Hawkeye. “I’ll be glad to keep my legs crossed until after the war.”

General Clayton soon arrives to find out who sent the telegram to Truman, with hilarious consequences as Hawkeye continues to end the war:

“I wanted to show that the war was a bad place to be, that people got hurt in war, and that it was not the occasion of hilarity,” Alan Alda said in a PBS Special.

M*A*S*H ran from 1972-1983, with the beginning of the show running concurrently with the tail end of U.S. involvement in Vietnam. For what started as a sitcom, M*A*S*H was one of the more convincing pieces of anti-war media.