I’m a Feminist Who Was Purged by the Trans Left 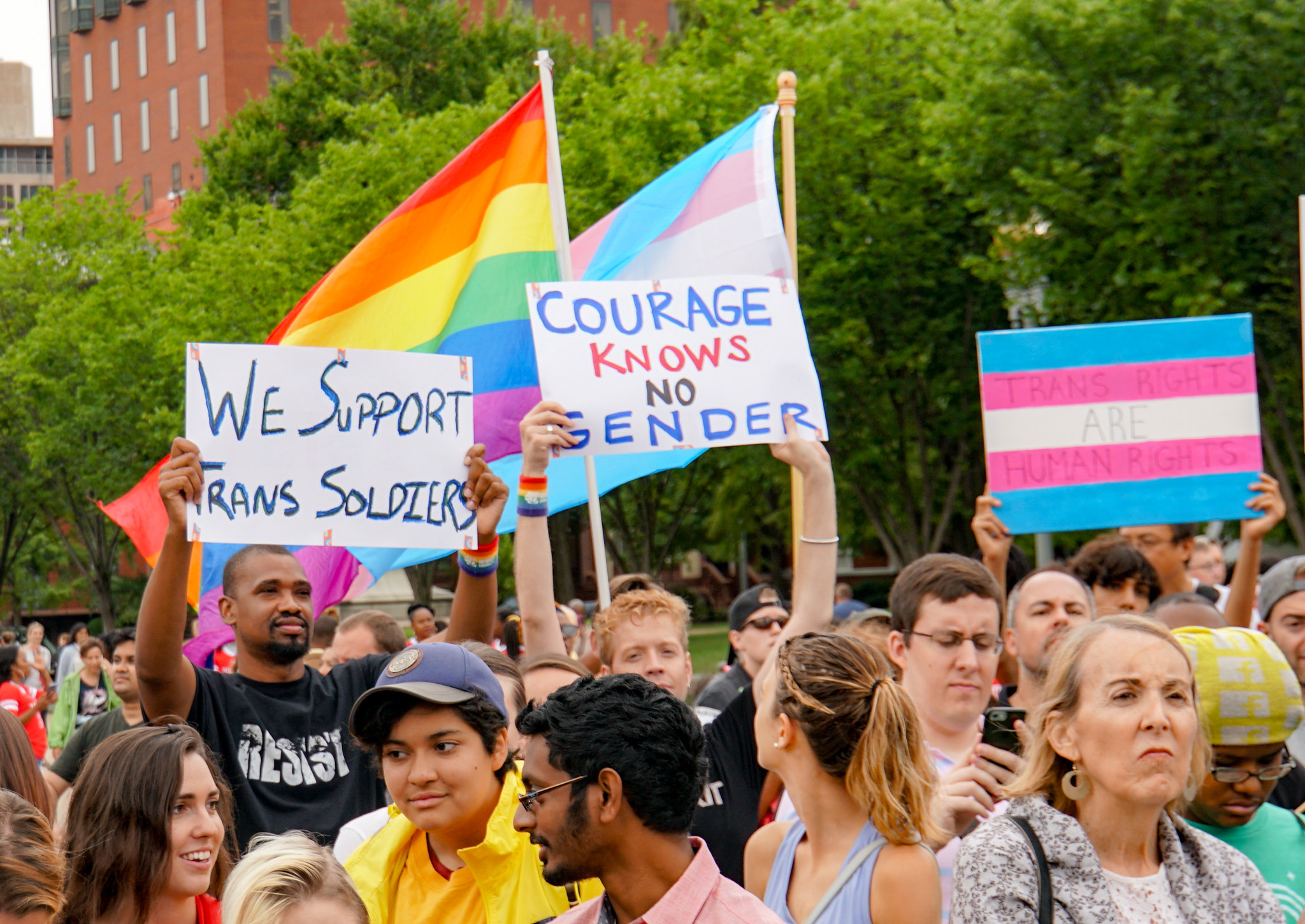 In 2015, I wrote my first piece on transgender ideology and practice. I co-wrote it, because these were perspectives that I was frankly uneasy to voice on my own. And I had good reason to be wary. My views would later destroy friendships, my theater company, and my ability to make work in the indie theater community in New York City, where I had spent over a decade producing, writing, and connecting artists.

Now, four years later, the Supreme Court is slated to hear two cases on the transgender question, and think pieces and amicus briefs are flying fast and furious. Writing for Vox, Katelyn Burns notes “The rise of anti-trans ‘radical’ feminists,” but her analysis falls short of capturing the real reasons behind gender critical feminism.

Burns assesses feminist gender criticism as being derived from hate and fear. She writes:

Groups like WoLF [Women’s Liberation Front] are commonly referred to as ‘trans-exclusionary radical feminists,’ or TERFs. They alternate among several theories that all claim that trans women are really men, who are the ultimate oppressors of women. Most of their ideas — like that trans women are a threat to cisgender women’s safety — are based on cherry-picked cases of horrific behavior by a small number of trans people. Above all else, their ideology doesn’t allow for trans people to have self-definition or any autonomy over their gender expression.

What Burns misses is that most gender critical women have no real concern for how adults wish to live and to express themselves. Their real worries came when the very act of defining the word “woman” as adult human female was labeled a prejudiced act. Women began standing up and rubbing the gendery sleep from their eyes when the concept of womanhood changed from the culture of those with biologically female reproductive systems into those who costume in feminine garb and claim they feel like women. The gender critical feminist was born when men who wanted to dress, express, and live visibly as women declared that not only are they women now but have been their whole lives.

That was the first problem. The second problem came when the transgender movement, under the misconception that those adults who transition to the opposite gender had been the opposite gender all along, began foisting this in both ideology and practice onto children. The idea was that if adults had always been trans, there must be trans children, and those children could be saved trouble in adulthood if they were able to transition in their youth. This led to the medical and pharmaceutical industries feeding drugs and surgeries to the young under the guise of a panacea for their lives.

Feminists had been fighting for the rights of women and children to exist outside of traditional gender stereotypes, without beauty expectations, with respect for motherhood, and without the misogynist hatred that society heaps upon young girls. They were appalled to find actual medical doctors proposing that daughters medicate their transition with Lupron, an untested drug that was discovered to have the side effect of stopping puberty, but brings with it brittle bones. They were aghast to find that young girls were being given testosterone, being advised to have their breast tissue removed, that young boys were being castrated, and that children in the earliest grades were being indoctrinated in transgender ideology with books, videos, and pamphlets, without parental notification, in many cases without an ability for parents to opt out.

For me, it was the realization that trans ideology affirms, rather than deconstructs, gender stereotypes, that made me step back and take notice. To quote Daria from MTV’s ’90s-era eponymous classic, “I really don’t care what people do to themselves.” But when the actual definition of the word “woman” came under fire, when it turned out that wearing a dress and makeup in public was all it took to be a woman – meaning, of course, that dresses and makeup are the purview of womanhood as opposed to mere feminine accessory – I could not stay silent. Women in the United States have been fighting to abandon, rather than entrench, stereotypes of femininity, yet trans ideology reinforces it.

Burns additionally discredits gender critical feminists by saying that they have aligned with conservative organizations. This is true in a few cases, and I am a good example. After I made my views on the problems with trans ideology public, there was no place left for me on the left. To continue working, I veered from theater into conservative publications, where I’ve found that there has been no conflict between my being a Democrat who maintains many leftist views and being able to write. My views have not been pushed or prodded in any specific direction – I’ve written freely. This is true, too, of the gender critical feminists named by Burns. I dare anyone to tell members of WoLF, or Posie Parker, or Julie Beck what to think, how to write, how to express themselves, or how to spend their money.

Burns offers a classic “guilt by association” argument. Gender critical feminists aligning with conservative groups in this one area is not a reason to denounce them across the board. But because the left has successfully linked conservatism with racism, it is easy for progressives to lump them altogether as one deplorable block. It’s also inaccurate. Vox is correct that conservatives and radical feminists make strange bedfellows. But the left refuses to secure a woman’s identity from that of men, and is willing to say that female is a feeling, identifiable by costume and demeanor. This is what feminists have literally been fighting against the entire time.

Katelyn Burns’ conclusion is that:

WoLF’s argument reveals the big gender-critical lie: It’s more important to TERFs to put cis women in a stricter box and enforce sex-based dress codes than it is to give trans women equal employment rights. And if TERFs prevail, then all women and nonbinary people lose.

In reality, if gender critical feminists succeed, women can feel comfortable not subscribing to gender stereotypes. They can dress as they please, wear overalls and trucker hats, date other women, be as masculine as they wish, without risk that they will be told they are really men and have their breasts cut off or their arms butchered and turned into phallic appendages. The fight against trans ideology began with the uncomfortable feeling that men were colonizing women’s bodies and spaces by claiming to be women, as though womanhood carries with it some kind of legitimacy that being a man in a dress does not. Be a man in a dress! There’s nothing wrong with being a man in a dress! Or be a woman in pants who digs other women! There’s nothing wrong with that either! Change it up, express yourself differently every day, subscribe to no gender stereotype – that’s totally cool. It doesn’t change your biological sex, and that shouldn’t matter at all.

The trans issue is how I ended up misaligned with leftism. Many of my positions are left-wing – I intend to vote for the Democratic presidential candidate in the upcoming election (albeit with misgivings) – but I cannot get with a perspective that defines “female” as a feeling exemplified through costume and attitude, and this is where my view diverges. The way mainstream gender critical feminists came about was not through hatred, prejudice, or fear, but through the rapid and peculiar transformation of the trans ideology from a view where every adult should live as they please to one where children and young people should be medically malformed and the word “woman” has absolutely no definition at all. Women who stand up for women do so out of love, not hate – and out of a desire to see everyone live comfortably in his own skin without adhering to gendered expectations.