Why Baby Strikes Won’t Save the Planet 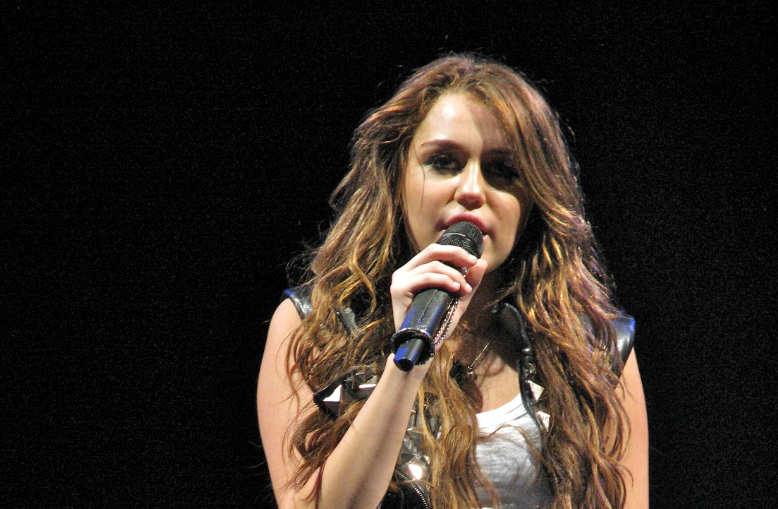 If you’re worried about climate change, you shouldn’t have children. Ever. That’s the new argument that many young Americans are buying into.

The issue gained prominence in February when Congresswoman Alexandra Ocasio-Cortez raised it on Instagram, and it was back in the news earlier this month when pop singer Miley Cyrus suggested she wouldn’t be having children until climate change was stopped.

“We’ve been doing the same thing to the earth that we do to women. We just take and take and expect it to keep producing. And it’s exhausted. It can’t produce,” Cyrus told ELLE. “We’re getting handed a piece-of-s**t planet, and I refuse to hand that down to my child.”

Even some members of the British royal family got into the act, with Prince Harry revealing this week that he and wife Meghan won’t be having more than two children in order to reduce climate change.

For many birth strikers, the claim is that each new human being adds to the carbon load of the planet. In fact, nearly one-third of Americans say climate change should be a consideration when planning a family.

Economist Tyler Cowen, however, has presented a contrary argument that having more children is the best way to ensure that the human species will be able to deal with a climate crisis if and when one occurs because more people means more innovators who will develop new technologies to mitigate such challenges.

Although the no-children-less-carbon argument may seem novel, the lobby is in line with a decades-old demographic trend. Long before this new justification for reducing family size, fertility levels had already been falling in all developed nations while remaining relatively high in poor countries. In the 1950s, American women had an average of four children; this has gone down to two. In other developed nations, the rate has also similarly declined over the past half-century – in France from 2.7 to 1.9, in Japan from 2.2 to 1.3, and most notably in China from 5.5 to 1.8.

On the face of it, the population control position seems perfectly logical: Since households have limited resources, the more children you have, the less is available for each child. Therefore, if poor people want to ensure that their children grow up to be better off than them, they should have smaller families. This is the key premise on which the family planning movement has been based since the early 20th century. People who do not want to have children view them as an expenditure item and hence often feel virtuous about the resources they save by not having any. That virtue signaling is a key component of the BirthStrike lobby, but, of course, this position is based on the false premise of a fixed economic pie.

In any case, this view of children as a liability is very much a modern one. Before the Industrial Revolution, and even nowadays in agriculture-based societies, a large family was considered a benefit. The reason was quite simple: Children provided labor and hence more resources for the household. The early years during which the children were not productive were more than compensated for as they grew up.

This attitude persisted even after the Industrial Revolution began since a large family meant that some children could be spared from the farm to go work in the factories, where wages were higher and the work less back-breaking. Notably, by the end of the 19th century, many families started opting to send their children to school instead of work, with child labor laws belatedly catching up with this new social trend. This was because parents saw how, in a society where manufacturing and services were paying better, education was a benefit for their children.

In large part because of this change from agriculture to manufacturing, the very concept of a large family started to change. In pre-modern times, a family of eight children was considered normal, with anything above 10 being considered large (but in a good way). By the mid-20th century in developed countries, having more than five children was thought to be a large family, hence the Brady Bunch. Nowadays, four is considered plenty.

So while economic factors do have a strong effect on birth rates, the effects are expressed in a counter-intuitive way since people who can afford to have more children tend to have fewer offspring than people who cannot provide as much. Economists have explained this by viewing children as a consumption good. A consumption good is anything that provides satisfaction to the user (what the late Gary Becker, who pioneered the application of economic tools to social interactions, called “psychic income”). In order to maximize this satisfaction, wealthy parents have to invest more in their children in order to ensure their equivalent or greater success as adults. They, therefore, have fewer children in order to trade off quality in favor of quantity.

The economist Bryan Caplan, however, disagrees (reluctantly) with Becker’s argument. In his book Selfish Reasons to Have More Kids, Caplan instead attributes the decline in family size to changes in values, self-imposed rules, and foresight. Caplan argues that marriage and religion are key factors affecting family size, and both are less influential institutions than they used to be. With respect to rules, he notes that parenting has become more onerous because parents feel they must devote more time and resources to their children, which makes a large family undesirable.

Lastly, Caplan argues that people today apply narrow foresight in making child-bearing decisions, weighing short-run pleasure against a few years of negative consequences, whereas true foresight means optimizing positive and negatives over our expected lifespan. “Infancy is a passing phase, but children last a lifetime,” he notes. “Costs fall: the older kids get, the easier they are to care for…Once your kids become teenagers, you’ll rarely feel like you need a moment to yourself. You’ll have to pressure them to spend time with you.”

However, the birth strikers believe they have true foresight. If their premise is correct, then both they and their children will be worse off over their lifetimes. But had people in the past adhered to this doomsday logic, nearly everyone in every part of the world would have remained childless. In ancient times, most parents correctly expected four of their 10 children to die before the age of five, and they did not expect the surviving ones to be materially better off than them. Such experiences naturally created a pessimistic view of life and, as policy analyst Marian L. Tupy noted in a recent article, “Most civilizations have separately conjured up some form of eschatology or that part of theology which is concerned with ‘death, judgment, and the final destiny of the soul and of humankind.’”

In the 20th century, every generation in the western hemisphere feared the prospect of world war, global food shortages, health-sapping pollution, and nuclear Armageddon. Not only did none of these disasters occur, but every new generation also had more wealth, health, and security than the previous one. History thus suggests that doomsayers should have a bit more humility about their dire prophecies.

Most significantly, to the extent that any such doomsdays were ever likely, they were prevented by human ingenuity in tandem with the universal desire for freedom. History thus suggests that doomsayers should have a bit more humility about their dire prophecies.

Perhaps more importantly, young pessimists should also be cautious about predicting their own future state of mind. Since human beings are notably poor at this, it is more useful to observe other people’s experiences and assume that you are more likely to be like them than a noble exception. And Caplan observes, “Regret is abnormal for people who have kids, and normal for people who missed their chance.” This selfish reason also gels with the climate activists’ altruistic goals since, if Cowen is correct, every well-off person in a developed nation who chooses to not have a child may well be lowering humanity’s chances of dealing effectively with climate change.

Before you choose to birth strike for the uncertain good of the planet, therefore, it might be wise to consider those almost-certain truths.