For most of human history, the primary concern of most people was getting enough food to eat. The invention of capitalism finally enabled the majority of people in market-based societies to focus on higher pursuits. Ironically, capitalism is now widely blamed for causing obesity—because of the availability of fast food, “food deserts,” or simply because the market incentivizes producers to make food as delicious and affordable as possible.

Whether or not you are a fan of free markets, it’s important to understand why this idea is wrong: The ultimate cause of obesity is not that we eat too much food, or that we lack access to healthy food, or that food today is simply too delicious. The cause is that we eat the wrong foods. The reason so much of the food in America is unhealthy is mostly due to bad science enshrined in agricultural subsidies and government-issued guidelines. (See Josh Souter’s guide “A Brief History of Food, Nutrition, and Government Policy in America.”) 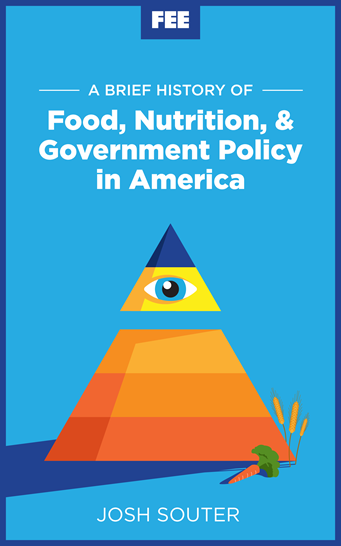 If you are overweight (and more than 70 percent of us are), there’s a good chance you’ve been told that the cause is your genetics, a failing of morality or willpower, or the capitalist system just making food too delicious and cheap for your own good. This, however, is untrue—or at the very least incomplete.

Correctly (and honestly) diagnosing the problem isn’t just important; one could say it’s a matter of life or death. A recent study, NPR reports, concluded that bad diets are responsible for more annual deaths than smoking.

Nutritious Food and Where to Find It

When you eat a healthy diet, your body naturally self-regulates the hormonal signals for hunger and satiety to keep you at a healthy weight. It takes years of eating bad foods to cause chronic hormonal imbalances that lead to weight gain, metabolic syndrome, hypertension, and the majority of chronic lifestyle diseases we deal with today.

The idea that we get fat because our body accumulates fat stores to prepare for famines is known as the thrifty genotype hypothesis. This hypothesis has been proven false: Some modern populations that develop obesity and diabetes have no history of famine, and hunter-gatherer societies do not accumulate excess fat between famines. The primary cause of obesity is not a genetic predisposition but a lack of genetic adaptation to modern foods—mainly processed carbohydrates.

We’ve written about the hormonal cause of obesity and what a proper diet consists of elsewhere, but it is also important to understand that you don’t need to shop at premium grocery stores like Whole Foods to eat well.

Organic foods and groceries that offer “health foods” today have only been around for a few decades thanks to health food venture capitalism from people like Whole Foods founder John Mackey, America’s leading hippie food promoter.

Food that is objectively nutritious can be found cheaply most anywhere in America, even if it comes in a can on the shelf of a Dollar Store or Kwik Trip. In fact, one writer recently set out to prove this.

Frank Beard is a Des Moines, Iowa-based speaker and retail analyst. A couple of years ago, he embarked on a “30 Days of Gas Station Food” experiment to prove that consumers can find healthy food even if they shop exclusively at gas stations.

Beard, who said he’s struggled with his weight for years, spent a month eating exclusively at gas stations. After 30 days of gas station food, he had not only lost weight; he had lost six pounds.

What were the results of Beard’s experiment? After 30 days of gas station food, he had not only lost weight; he had lost six pounds (falling from 163 to 157).

Beard’s experiment, though hardly scientific, suggests that healthy foods are available to most Americans. And while there is a perception in America that most poor people can’t afford to eat healthy foods, evidence suggests otherwise.

A quick Google search reveals modest average prices for an array of healthy food items—from bananas (58 cents per pound), to eggs (between $1.00 and $1.99 per dozen in most states), to milk (less than $3 per gallon in most states), to tuna fish (usually a buck or two per can).

Considering that 86.5 percent of people live above the poverty threshold, and poorer families are eligible for food stamp benefits that pay anywhere from $353 per month (household of two) to $1,155 per month (household of eight), evidence suggests it is possible for the vast majority of Americans to eat healthily and affordably.

Perhaps, if readers are interested, we could conduct our own experiment: Identify some staples of a healthy diet, then match them one for one between Whole Foods and Dollar General. Such an experiment could provide further evidence that the building blocks of a nutritious diet can be found in most food venues whether it be Whole Foods, Dollar General, or the local gas station.

—
This article was originally published on FEE.org. Read the original article.