My Time in the University Gulag 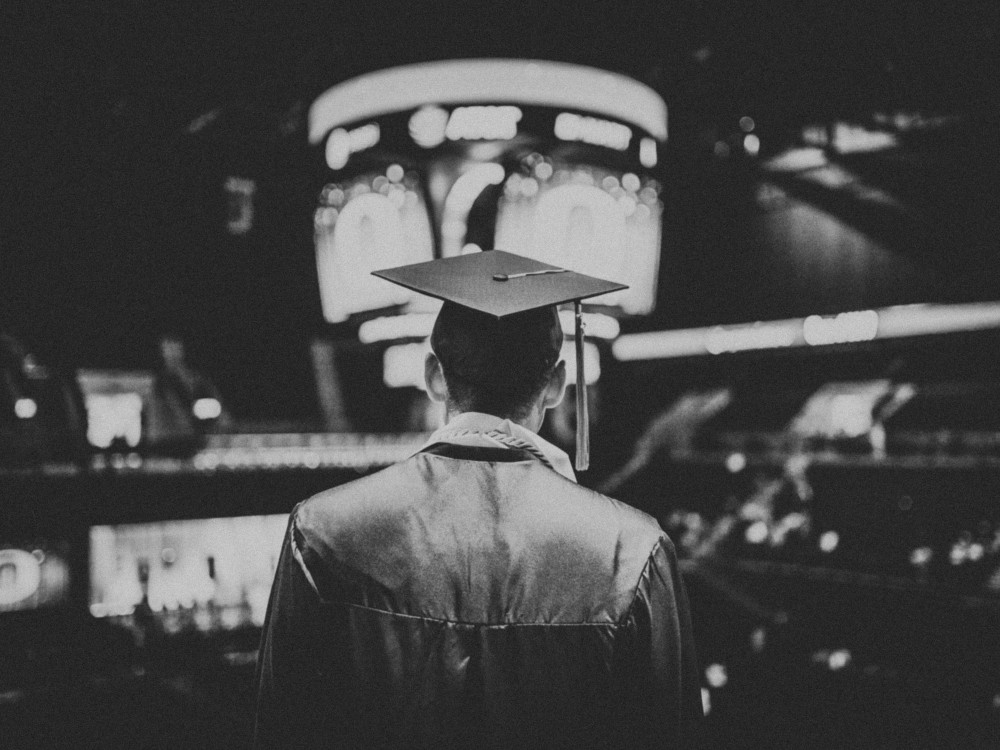 Each of us is a center of the universe, and that universe is shattered when they hiss at you: “You are under arrest!”

These were the words that every Gulag prisoner parceled out before detention. Who knew what their crime really was?

Mine was being a Christian, cisgender male of European descent standing up for my beliefs at a Catholic university.

This is what arrest in a university is: a blinding flash and a blow which pulls the rug of security out from under you; being thrown to the pillory for existing outside of the accepted ideology. The prison is no longer a back-breaking physical location, but a social gulag. Unless you fit exactly what the totalitarian PC culture dictates, your voice will be silenced. “Don’t ever be the first to stop applauding” for the PC ideology, because you will be arrested.

My experience with the gulag all started when a statue of the Virgin Mary was hurled down a staircase. At a Catholic university.

The authorities wanted to sweep it under the rug and ignore this blatant anti-Catholic act.

Not on my watch, I determined. It was time for Christians on campus to stand firm against the tidal wave of militant, malevolent secularism and let it be known that any anti-Christian sentiment was not welcome – especially at a Catholic school.

A group of Christians sought to organize a prayer for peace in the student center, a public space. But that was asking too much: public displays of religiosity are unacceptable.

“You are under arrest!”

Being one of the only willing members of the religious minorities to stand up for our beliefs, my name was slandered and cast to the outskirts of school. Being a white, Christian, cisgender male automatically limits you to bigotry and hatred, and puts you on the quick path to the gulag. Progressive students violently called for my resignation from a student job. A school club wanted to talk face to face. I thought it would be a one-on-one rational dialogue. Little did I know that their aim was to corner and harangue me with a camera and audience of 20 angry followers.

Somehow stating, “It is time to take back this campus from hatred with love and forgiveness” was construed by PC radicals as a racist, exclusivist call to action; a blatant and venomous malice towards a person because of the density of melanin in their skin.

What? Did I miss something?

And the answer from the administration?

Instead of realizing that Christian persecution runs rampant even on a Catholic campus, the administration turned to their one, true, god: the safe space/intentional listening meeting.

“[B]ecause they seeing see not; and hearing they hear not, neither do they understand.”

With their robotic sympathy and programmatic head nods, the bureaucrats licked their lips over the news that their most hated enemy – the white, Christian, cisgender male – was finally tasting some of the fermented oppression that they believed was due.

You may ask why any of this was even happening in the first place at a liberal arts school? Aren’t students supposed to be taught how to think, not what to think?

But instead of getting a liberal arts education, I got angry ideologues frothing at the lips.

Instead of being taught neuroscience, I was taught gender theory.

Instead of being inculcated in the art of critical and original thinking, I was taught how to be resentful, myopic, abdicate all responsibility, and blame the system.

Instead of being taught virtue and reason at a Catholic school, I was crucified to the sins of history for being a white, Christian, cisgender male.

Instead of being listened to and received in the face of persecution, I found myself shut out by a group of detached, bureaucratic administrators for being the wrong demographic of a strategic plan.

And why did this happen? What caused this dramatic shift in the university from haven of wisdom to a gulag? Aleksandr Solzhenitsyn offers some insight in his classic work, The Gulag Archipelago.

Ideology – that is what gives evildoing its long-sought justification and gives the evildoer the necessary steadfastness and determination. That is the social theory which helps to make his acts seem good instead of bad in his own and others’ eyes, so that he won’t hear reproaches and curses but will receive praise and honors. Thanks to ideology, the twentieth century was fated to experience evildoing on a scale calculated in the millions. This cannot be denied, nor passed over, nor suppressed. How, then, do we dare insist that evildoers do not exist? And who was it that destroyed these millions? Without evildoers there would have been no Archipelago.

The same ideology exists today, only its geographic location has changed.

Wake up, America. Sound the alarms. Universities are infiltrated and compromised. It’s only a matter of time before you hear “the sharp nighttime ring or the rude knock at the door.”

“You are under arrest!”