Baltimore Is a Mess. Here Are 3 Big Issues the City Faces 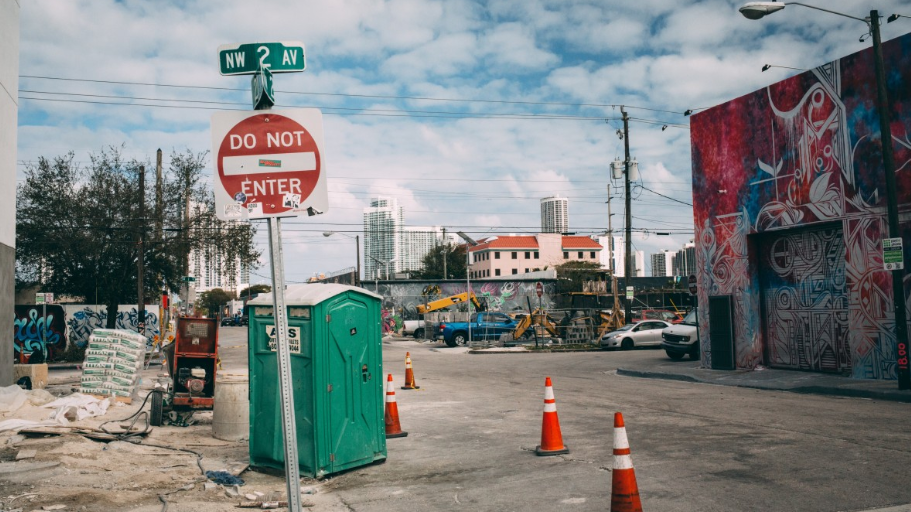 This is essentially what President Donald Trump tweeted out in less pleasant terms that became a national story.

In a series of tweets, Trump lambasted Rep. Elijah Cummings, D.-Md., and his congressional district in Baltimore, calling it a “dangerous and filthy place.”

Rep, Elijah Cummings has been a brutal bully, shouting and screaming at the great men & women of Border Patrol about conditions at the Southern Border, when actually his Baltimore district is FAR WORSE and more dangerous. His district is considered the Worst in the USA……

Trump also said, among other things, that the district was “rat infested.”

In a House committee hearing he chaired, Cummings recently criticized the acting chief of the Department of Homeland Security over conditions on the border.

Trump’s comments sparked a national debate. Many said they were racist and unfairly insulting to Baltimore.

However, when one steps away from the squabble between Cummings and Trump, one finds the comments about conditions in parts of Baltimore are largely true.

The city has become dangerous, trash removal is a serious problem, and rodent infestations have become so bad that former Mayor Catherine Pugh (who recently resigned over allegations of corruption) actually said in a television interview that she could smell the dead rats while touring parts of the city.

Though partisan barbs have come out for Trump over his comments about Cummings’ 7th Congressional District, many progressives and Democrats until recently have been open about the city’s problems.

Sen. Bernie Sanders, I-Vt., said of West Baltimore in a 2015 interview with The Baltimore Sun: “Anyone who took the walk that we took around this neighborhood would not think you’re in a wealthy nation. You would think that you were in a Third World country.”

Trump supporters unearthed an old video of Cummings calling his own district “drug-infested.”

The Radical Left Dems went after me for using the words “drug-infested” concerning Baltimore. Take a look at Elijah C. pic.twitter.com/E08ngbcw3d

High crime, high taxes, and corrupt governance plague one of the nation’s premier port cities. But it hasn’t always been this way. The city thrived in the 1950s, and has had some years of revival more recently.

Here are three (of many) reasons why Baltimore is currently so dysfunctional.

It’s no secret that Baltimore has a problem with crime and drugs as anyone who has seen the popular TV series “The Wire” can attest.

A total of 342 homicides occurred in Baltimore in 2017, the highest homicide count in the nation that year.

To put that in perspective, according to CBS News, Baltimore’s murder rate was twice that of Chicago, a city that’s become notorious for its own violent crime.

It’s interesting that a discussion about Baltimore’s troubles was sparked by a debate about the nation’s southern border.

Federalist contributor Ellie Bufkin unearthed an incredible statistic, noting: “Baltimore’s homicide rate is so high that under current U.S. asylum laws, the residents could qualify for refugee status in the United States.”

And as Seth Barron, associate editor of City Journal, wrote in the New York Post, Baltimore has a murder rate of about 50 per 100,000 people, putting the U.S. city “in the ranks of Jamaica, Venezuela, and El Salvador in terms of lethality.”

Alongside Baltimore’s high crime rates are crushing poverty and sky-high taxes. A link certainly may exist between these two things.

As Reihan Salam noted in Slate, outrageously high taxes are keeping the city poor. This is not only because they drive out businesses, but because high property taxes in particular are driving out middle-income families who would help revitalize the city.

In 2008, economists Steve H. Hanke and Stephen J.K. Walters painted an image of the city in stark terms that are still true today. Yet, there was a time when the city was quite different. Hanke and Walters wrote:

This wasn’t what Baltimore looked like in the 1950s. Then it was a prosperous, blue-collar city of about 950,000 with a median family income 6.6% above the national average. Back in the good old days, Baltimore had a smaller percentage of residents living in poverty (22.7%) than the nation as a whole (27.8%), and a greater percentage of families (23.1%) earning a middle-class income of at least $44,600 in today’s dollars than the rest of the country (19.1%).

The city adopted tax-and-spend policies that have squeezed out capital—and the middle class. The city raised property taxes “an astonishing 21 times from 1950 to 1985,” Hanke and Walters wrote.

The result is a city littered with abandoned homes and a shrinking tax base. Baltimore may be a one-party town, but people have voted with their feet too and have decided to get out.

This is hardly the recipe for long-term success.

Despite spending about $16,000 per student, Baltimore has some of the worst-performing public schools in the nation.

These numbers were compiled in 2017. Meanwhile, the education bureaucracy continues to expand as salaries climb higher and higher.

Money isn’t the problem. The problem is that government is misspending money.

Currently, Baltimore has only a limited school choice options, which have received considerable opposition from teachers unions and progressives.

As bad as things are for Baltimore, this doesn’t mean that the city can’t turn around.

After all, another big East Coast port city with a history of out-of-control crime, corruption, and poverty managed to turn around spectacularly: New York.

Changes in law enforcement, less onerous (and less corrupt) governance, and a rethink of how education is brought to young people in the city would be good first steps toward making Baltimore great again.

This article is republished with permission from the Daily Signal.