How Students Have Turned Their Back on Civil Discourse 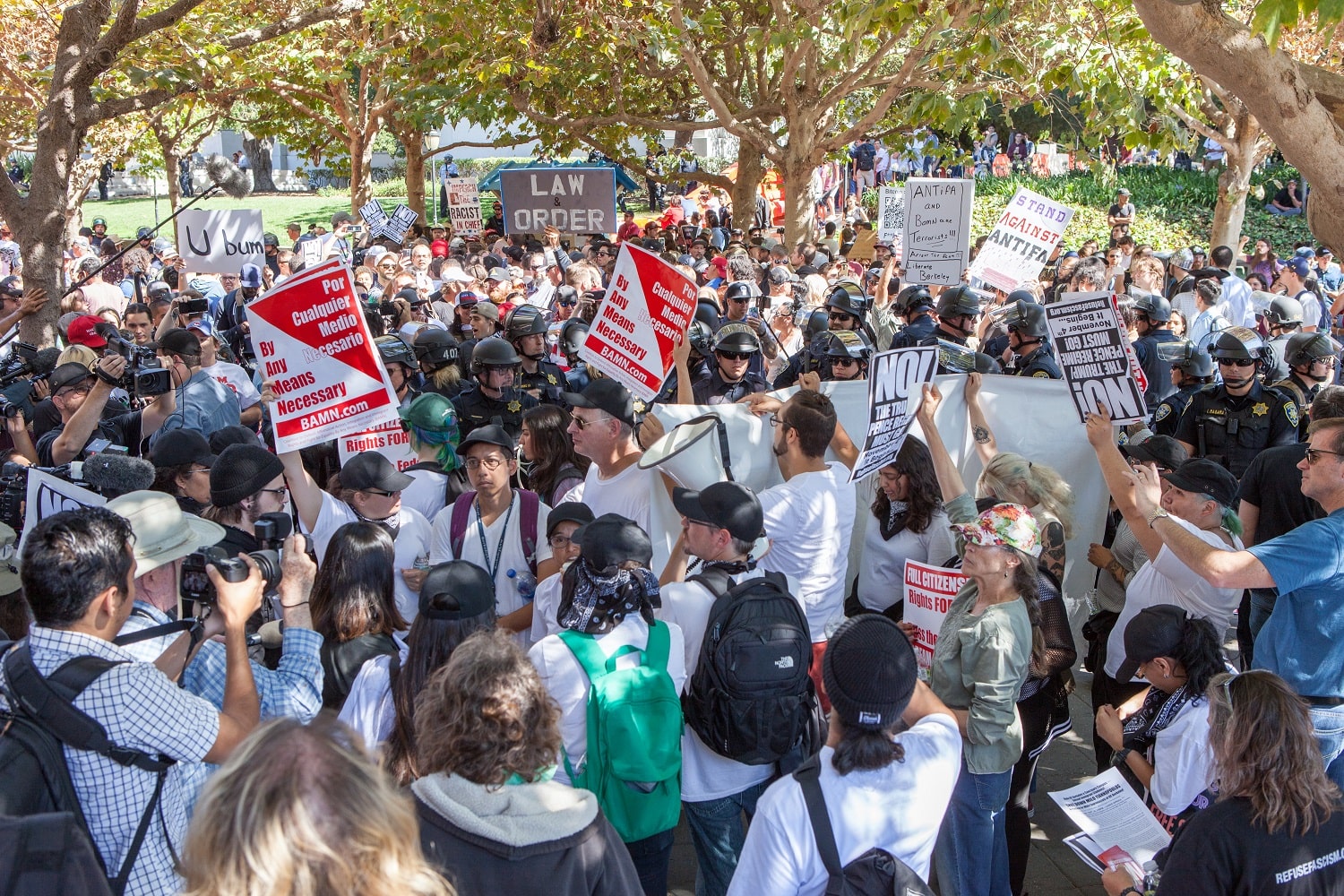 More than a half-century ago, Coretta Scott King addressed Harvard University students in the wake of the assassination of her husband, Martin Luther King Jr.

Today’s student is a serious-minded, independent-thinking individual who seeks to analyze and understand the problems of our society, and find solutions to these problems, which are in keeping with the highest traditions and values of our democratic system.

Students, according to King, were the future of a more thoughtful and equal society, and one of the most important tools at their disposal was the freedom of speech.

Yet, today it seems students have changed.

Finding solutions to the problems of society remains a dominant feature of modern universities, but many students have rejected the former spirit that valued solutions, as King noted, “in keeping with the highest traditions and values of our democratic system.”

In fact, instead of engaging in civil dialogue, students now express outrage at controversial speakers and demand the resignation of faculty members who refuse to conform to progressive creeds or do not immediately condone students’ threatening or pernicious actions.

Worse, often they do this with campus administrators in tow.

For instance, a left-leaning professor, Bret Weinstein, at Evergreen State College in Olympia, Washington, who objected to reverse segregation on campus (specifically, a day when white students and faculty were to remain off campus), was hunted by students in 2017 because of his objection.

Campus security, aware of the situation, recommended that he remain off campus, since they could not protect him as the college president had ordered security to “stand down.”

In 2017, Stanley Kurtz, writing at National Review,  documented dozens of campus shout-downs across the nation. The presidents of Virginia Tech and the University of Oregon were among those shouted down.

After police removed protesters interrupting Texas state Rep. Briscoe Cain’s speech at Thurgood Marshall School of Law at Texas Southern University, the university president immediately ended the event. He claimed that scheduling procedures weren’t followed, even though the dean of the law school had approved the event.

Some argue that such extreme situations result from a very small, but vocal, group of college students. Most students, instead, choose to remain silent, rather than risk their friendships and social capital—afraid they might appear “unwoke.”

The trend of student silence is especially evident from the guarded support Sahil Handa received after publicly critiquing the political tribalization among his fellow Harvard students.

Handa wrote that he “received well over a hundred notes from students thanking [him] for writing the article.”

But, he added, “not a single one was shared in public.”

The poignancy of the political atmosphere on college campuses is emphasized by a 2019 Knight Foundation study. It found that “[m]ore than two-thirds (68%) of college students say their campus climate precludes students from expressing their true opinions because their classmates might find it offensive.”

At the same time, the study found that more than half of students thought that “shouting down speakers or trying to prevent them from talking” was either “always” or “sometimes” appropriate.

Although most students condemned violence as a means to stop a speech or rally, 16% of respondents thought violent actions were acceptable either “always” or “sometimes.”

This general opposition to the free exchange of ideas is fundamentally opposed to an environment of open inquiry. Yale University’s Woodward Report outlines the university’s purpose as “[t]o discover and disseminate knowledge by means of research and teaching. To fulfill this function, a free interchange of ideas is necessary ….”

Accordingly, “the university must do everything possible to ensure within it the fullest degree of intellectual freedom,” it said.

Intimidation and fear impede intellectual freedom. Growing tribalism means that many students are reticent to engage their peers in real conversations.

This silent passivity allowed overzealous administrators and raucous students to limit the free exchange of ideas on campuses.

Some state policymakers, however, have refused to stand by idly as public universities began to confine free speech activity to narrow, often remote, strips of campus.

Arizona’s free speech protections, in particular, preserve the hallmarks of campus free speech since the “public areas of campus—such as sidewalks and campus lawns—are public forums and are open on the same terms to any speaker.”

Moreover, students who repeatedly infringe on others’ expression of free speech can face expulsion.

It’s unfortunate that policymakers must go to such great lengths to protect a basic tenet of a free society in public universities. But the most distressing element of the conflict is the pervasive silence among students who are unwilling to speak their minds.

Universities were places where students challenged each other, sometimes fiercely, and engaged in civil discourse.

Coretta Scott King envisioned the modern student as “a significant political actor with amazing power to influence the course of societies all over the world.” However, past students only earned her admiration because they were willing to engage their peers in civil discourse—exercising free speech.

To be worthy of her plaudits, today’s students must break their silence.

This article was republished with the permission of The Daily Signal.