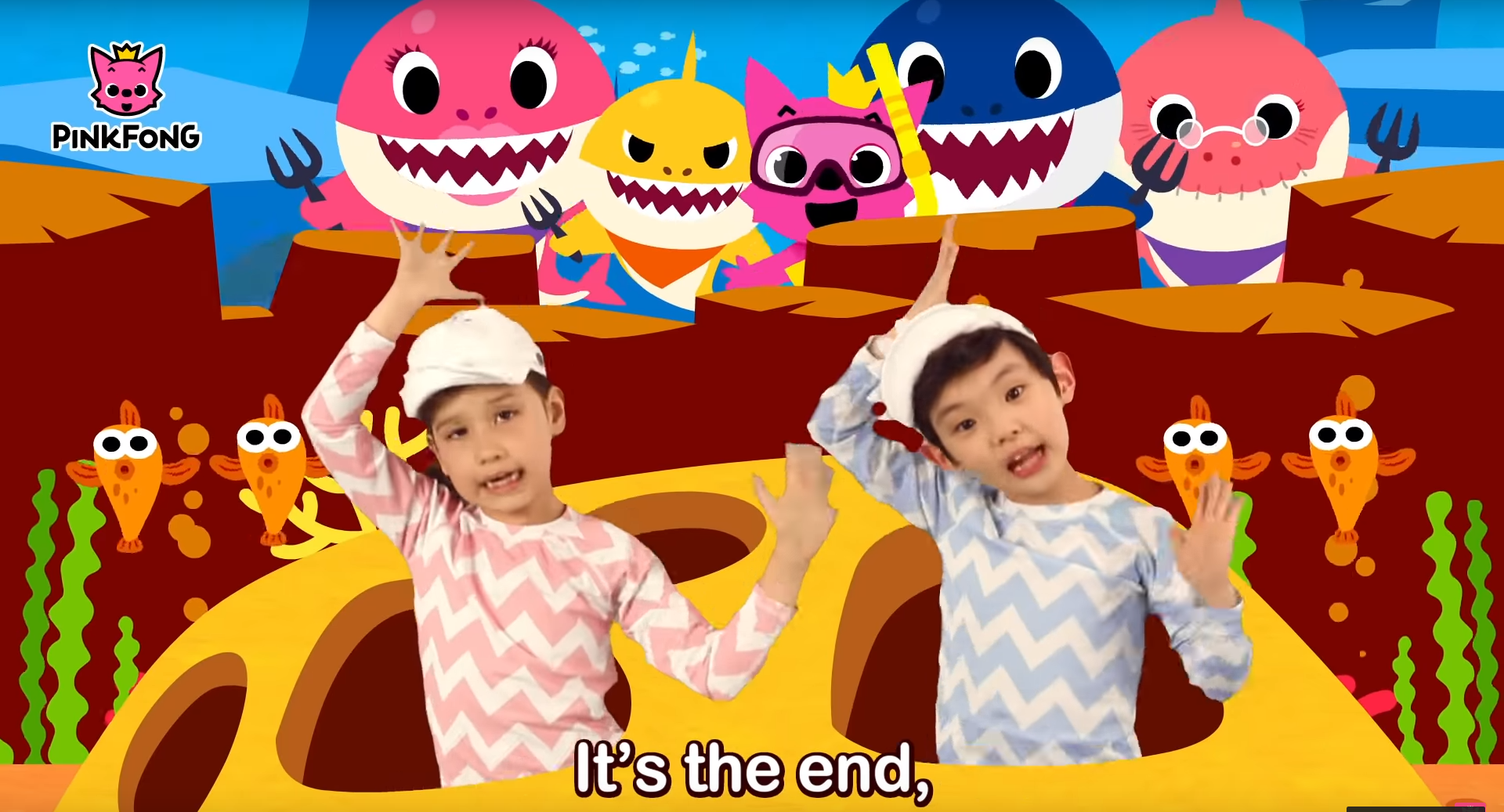 Earlier this month, news broke that officials in Florida were blasting the children’s song “Baby Shark” on a loop to discourage homeless people from sleeping in a local park. In other words, that song is considered to be unbearable. It will drive anyone away.

American parents – or probably just any American, parent or not – would agree. Listening to “Baby Shark” is akin to torture. Yet somehow that song has racked up a staggering three billion views on YouTube. Who is watching it? Why aren’t parents putting their feet down?

My children are ages four and two. I’ve banned the “Baby Shark” song from my home. That goes alongside my bans on swear words and the movie “Frozen.” Inevitably, my children have been exposed to the song. We don’t live under a rock (if only that were possible!) But whenever they hear it, I tell them, “We don’t sing ‘Baby Shark.’” I’ve certainly never put it on YouTube for them.

What does it say about our culture that our most popular children’s song is unbearably annoying? Why do we believe our children deserve such low-quality entertainment? When these children grow up, do you think they will be interested in listening to the best music our civilization has produced through the centuries and seek out those contemporary works that will stand the test of time? Of course not. From “Baby Shark,” they will graduate to other low-quality music. Because that’s all they’ve been prepared for.

The playwright George Bernard Shaw once said, “Make it a rule never to give a child a book you would not read yourself.” American parents should consider applying that rule to more areas of their children’s lives.

It’s actually very easy to give a child access to great music that suits their level of development. Americans have been left a great cultural legacy in the form of classic nursery rhymes. Most kids grow up with a few of these like “Mary Had a Little Lamb” and “Humpty Dumpty,” but there are dozens if not hundreds more out there. Some nursery rhymes are centuries old. They have been handed down from generation to generation, probably in large part because parents enjoyed them as well as kids.

“Baby Shark” won’t be sung by our grandchildren (well, at least, I hope it won’t be.) During my childhood, the TV show “Barney” was the big thing for kids. I’m not even 40 years old, but Barney’s signature song “I Love You, You Love Me” is already disappearing in the dust bin of history. Classic nursery rhymes, however, have stood the test of time. They are like literature for small children.

When my first baby was born, I received two books of nursery rhymes with beautiful, high-quality illustrations. My children enjoy looking at the pictures, and this develops their sense of aesthetics. I spent time on YouTube learning melodies, but my kids also love it when I read the nursery rhymes aloud in a rhythmic way.

Reading or singing nursery rhymes with children is fantastic for their development. They learn new vocabulary. They develop an ear for rhyme and rhythm. It boosts memorization skills. Nursery rhymes are the best kind of music and poetry we have available for small children. As they grow older, these kids will be prepared to move on to other high-quality content.

Perhaps most importantly, classic nursery rhymes are not annoying – unlike “Baby Shark.” That’s good for parents. After all, their needs matter, too.