All Out of Bootstraps 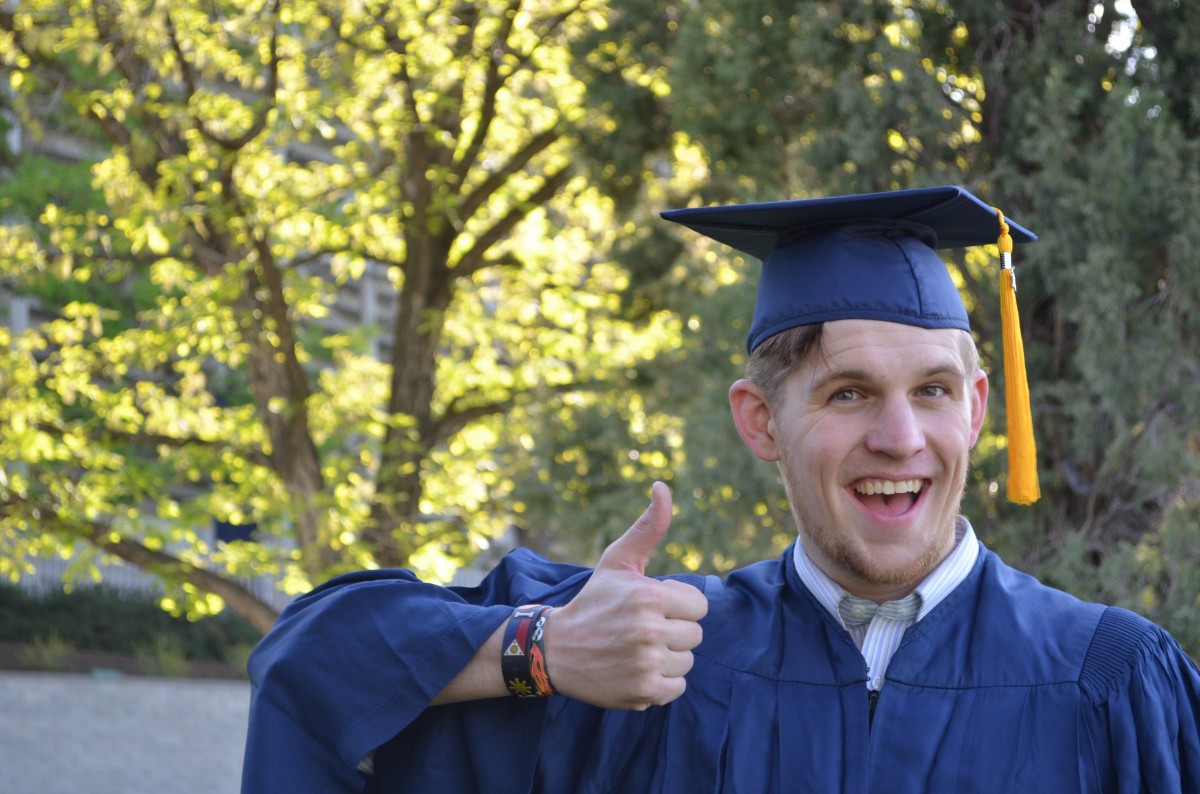 Somewhere along the line, the Republican Party earned itself the moniker of the “Stupid Party.” It has become painfully obvious, for example, that most congressional Republicans don’t want to repeal Obamacare. “And if that is the case,” as Byron York wisely asks, “the question is, why are Republicans trying?” Well, for show, naturally; but also, because they are either generally out of touch as a party, or actually benefit from not resolving issues that hurt everyday Americans, while claiming to want to solve them for appearances and votes.

The same principles apply to their failure to restrict immigration, and to their tax cuts­­ – which, though purportedly intended to help Middle America the most, in reality were a far better deal for their corporate paymasters, many of whom used the windfall for things like stock buybacks rather than, say, hiring.

Now the Stupid Party seems determined to live up to its soubriquet on yet another issue.

Chiming in on the student-loan debt cancellation craze, Representative Dan Crenshaw (R-Texas) has only bland orthodoxy to offer. “When you say #cancelstudentdebt,” he wrote on Twitter, “you’re saying a minority of people who had the advantage of obtaining a degree should have their debt paid off by hardworking taxpayers, 2/3 of whom don’t have degrees themselves, or already paid their own student debt off.”

There is nothing inherently wrong with what Crenshaw says here. And, certainly, individuals who major in multicultural basket weaving invite financial woes after graduation. But student-loan debt is a real problem. If one does not find his or her calling in a trade, one is faced with a growing number of entry- and mid-level jobs requiring a degree than ever before; nine in 10 jobs created in 2017 went to people with a college degree.

The issue does not merely affect young, dumb Millennials either.

Adults 60 and older are the fastest-growing group among student loan debtors, as they struggle to pay off their own loans or, increasingly, take on debt to send their children or grandchildren off to college. Data compiled for the Wall Street Journal by the credit reporting agency TransUnion show “student loan borrowers in their 60s owed $33,800 in 2017,” up 44 percent from 2010. The Journal adds that total student loan debt rose 161 percent “for people aged 60 and older from 2010 to 2017 ­­– the biggest increase for any age group, according to the latest data available from TransUnion.”

Crenshaw’s error, then, is an unwillingness ­­– all too typical among Republicans ­– to cough up anything more than platitudes. For one reason or another, when faced with real issues and the revolutionaries who would exploit them, Republicans just reach back to recycled formulas and slogans that do not bother to account for new realities.

An Opportunity Not to be Missed
Senators Bernie Sanders (D-Vt.) and Elizabeth Warren (D-Mass.), socialists in arms, have offered to cancel all or most student-debt, respectively. Just about any “solution” proposed by the Left, however, would create more problems than it would solve – in much the same way that the student-loan “debt bomb” was triggered by the federal intervention in the form of student-loan programs that have been very good for loan-servicing companies, college administrators, and tenured professors but not so good for students who are often cheated out of genuine education and then saddled with debt on top of it.

Republicans should not quit the field on this issue, if for no other reason than that those who attack the culture and have turned America’s young people into rabid leftists benefit from this scheme most of all.

Anthony Esolen recalls events on the day after the 2016 election in Ohio, when an Oberlin College student tried to steal wine from Gibson’s Bakery. “One of the workers at the bakery confronted him,” Esolen writes, “and a scuffle ensued both inside and outside the store, with the worker as the victim on the ground, pummeled by the perpetrator and a male friend of his, and kicked by two women, as some members of the fair sex are wont to do when their persons are not at risk.”

In the aftermath, Oberlin College went to war with the middle-class owners of Gibson’s Bakery. Oberlin’s dean of students distributed propaganda accusing the owners of racism. “She led a massive protest against the bakery, a protest that was cast entirely in the light of the recent election,” writes Esolen. “The school ordered its food supplier to cancel all contracts with them. Gibson’s, which has been a fixture in town for more than 130 years, lost business which they never recovered.” Oberlin is among America’s most expensive colleges, while the average salary of a dean there is $90,000.

Fortunately for the Gibson family, a judge and jury awarded them $25 million in punitive damages in their defamation case against Oberlin College. If Republicans were smart, they would capitalize on the moment, use it to illustrate how tuition, bloated by federal funding, not only saddles young people with unsustainable debt of questionable merit, but provides the very lifeblood for the cult of diversity that legitimizes the sort of insanity that confronted the Gibsons.

For starters, Republicans could propose an alternative way to deal with out of control student loan debt. They could begin questioning the worth of degrees from institutions such as Oberlin and whether encouraging more citizens to obtain them is actually even in the public interest.

Bankruptcy Revisited
Further, why not undo the damage done by the Bankruptcy Abuse and Consumer Protection Act (BAPCPA) of 2005? That bill, naturally, was signed into law by George W. Bush, and made all education loans non-dischargeable absent a showing of undue hardship. Five years later, the Obama Administration eliminated the federal guaranteed loan program that allowed private lenders to offer loans at low interest rates.

Now only the Department of Education offers such loans, which amounts to a system of debt peonage to the federal government. This is an arrangement more akin to socialism than the “free market” principles for which the GOP claims to stand.

Revisiting BAPCPA could result in a restoration of common sense to the debtor-creditor relationship – it would certainly make lenders less inclined to hand out student-loans like candy. It wouldn’t abolish student-lending outright, but it would have the added effect of reducing the number of young Americans who are indoctrinated into anti-American, anti-Western currents; and, most importantly, the drop-off in enrollments could force students to reevaluate their college decisions and force universities to cut the fat or die, which would likely mean the end of “studies” programs and “diversity” departments that produce nothing of value.

Why not propose amending BAPCPA to allow bankruptcy but call it “loan forgiveness” (under certain circumstances for low income people who are unable to pay) and enact a restructuring of student loans so that colleges are on the hook. A recent audit of California State University revealed a trove of $1.5 billion in discretionary reserves. The university system kept that money hidden away, while raising tuition at its 23 campuses and lobbying for more government funds. They have the hook coming.

Apart from this quasi “loan forgiveness” scheme, why not throw in something like a voucher for trade schools? Create a pathway out of bankruptcy that might soothe, as a friend put it, the “pro-union socialist itch in a pro-America, middle class sort of way.”

Advancing the Bigger Fight
One conceivable response to Republicans taking up this issue might come in the way of Joy Pullman’s latest column for The Federalist, the essence of which is: “The student loan ‘crisis’ is hugely inflated.” But if this “hugely inflated” issue can be turned against Democrats – more broadly, against the Left – and used in our favor, why should we waste the opportunity?

Whether the issue is inflated or not is irrelevant when we consider that by taking it on, Republicans – more broadly, the Right – have a chance to make progress toward other goals we’ve long said we are pursuing but, of course, are goals we’ve mainly only whined about over the years. Now that we have more evidence than ever of the harm it does to the nation’s fabric, isn’t it time to start making headway on the final aim of toppling the subversive academic-industrial complex that is hostile to our way of life?

Universities should be held liable for unpaid loans. Vouchers for trade schools are a good idea. One caveat, perhaps, might be not to grant debt forgiveness to graduate degrees. Graduate students, presumably, are mature and discerning enough to know precisely what they are getting into when they take out loans. Assuming their field is not a worthless one, they will soon earn enough money to repay those loans with ease. If that is not the case, then we should do everything to discourage students from pursuing such frivolous pursuits.

All of this, of course, would only be the beginning, but it would give Republicans ammunition that would distinguish our arguments from the Baby Boomer bromides of long memory. If they haven’t worked so far, why should they be persuasive when conditions on the ground are even more complicated?

Those paying attention know that we are in a political war. Rather than formulating effective strategy in this fight, Republicans tend to abdicate the field to Democrats. The Stupid Party claims to fear socialism, yet does little to stop its ascendancy. It’s almost as if they don’t want to fight, let alone win. It’s time to elect people who have the stomach and the ingenuity to engage in the fight.