Alexandria Ocasio-Cortez: It’s Been a Year, and What a Year It’s Been 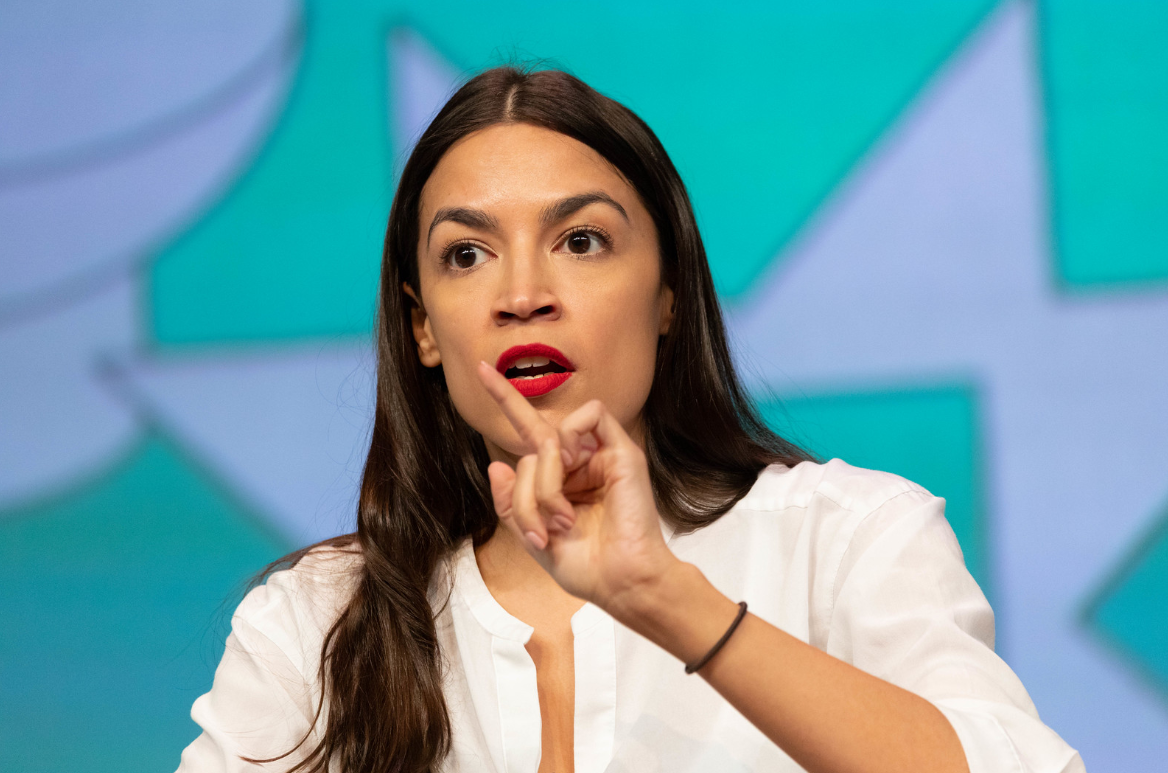 On June 26, 2018, Alexandria Ocasio-Cortez (AOC) beat Joseph Crowley for the Democratic nomination in New York’s 14th congressional district. Though only 28 and with little political experience, she went on to win the general election in November, and has been making waves ever since.

Here are seven highlights from her campaign and time in Congress over the past year.

On her campaign website, Ocasio-Cortez emphasized that she ran a successful campaign without taking PAC money. One hundred percent of her donations came from individuals, and she managed to raise over $2 million.

Additionally, she noted that her campaign video was self-produced.

In December, Ocasio-Cortez was awarded four Pinocchios by The Washington Post for her “$21 trillion mistake” on Twitter.

She claimed: “$21 TRILLION of Pentagon financial transactions ‘could not be traced, documented, or explained.’ $21T in Pentagon accounting errors. Medicare for All costs ~$32T. That means 66% of Medicare for All could have been funded already by the Pentagon.”

The WaPo wrote that her tweet was “badly flawed,” as the $21 trillion number represents “the sum of all transactions – both inflows and outflows – for which the Defense Department did not have adequate documentation.” Additionally, the $21 trillion includes money unaccounted for over 17 years, whereas the $32 trillion cost of Medicare for All is for a 10-year period. “[T]he two numbers are not apples-to-apples to begin with,” explained The Washington Post.

3. Emphasized the Importance of Morals over Facts on 60 Minutes

On a CBS 60 Minutes Interview in January, Ocasio-Cortez gave the following response to Anderson Cooper’s claim that her “math is fuzzy”: “I think that there’s a lot of people more concerned about being precisely, factually, and semantically correct than about being morally right.” She later backpedaled a bit, acknowledging that having correct facts is “absolutely important.”

4. Claimed That the World Is Ending in 12 Years

Ocasio-Cortez also claimed that the world could end in 12 years due to climate change:

5. Misstated the Three Branches of Government

She later tweeted that the corrections were just a diversion on Republicans’ part to detract from their policy views.

6. Danced Her Way Into Office

Despite the comments listed above and the backlash she received, Ocasio-Cortez remains energetic. In response to the release of a video filmed while she was at Boston College, she filmed another video of herself dancing into her congressional office. The new video has 21 million views.

Ocasio-Cortez famously ran on creating a green economy. Her campaign website states, “Climate change is the single biggest national security threat for the United States and the single biggest threat to worldwide industrialized civilization….” It goes on to say that AOC plans to “…wag[e] a war for climate justice through the mobilization of our population and our government.”

When the Green New Deal outline was released earlier this year, Ocasio-Cortez received much pushback. The Deal is aimed at “meeting 100 percent of the power demand in the United States through clean, renewable, and zero-emission energy sources” within ten years.

The outline also references the Intergovernmental Panel on Climate Change and the November 2018 Fourth National Climate Assessment’s findings that “human activity is the dominant cause of observed climate change over the past century.”

It is undisputable that Ocasio-Cortez has made a name for herself over the past year, and it seems likely that she will continue to do so – at least for the next twelve years. Her abilities to manage social media and leverage the press are undeniable, as is the energy she applies to her work. Given her proven skills, she will remain in the public eye. And for better or for worse, America will continue to follow her wherever she goes.