A Wolf, A Dog, and the Declaration of Independence 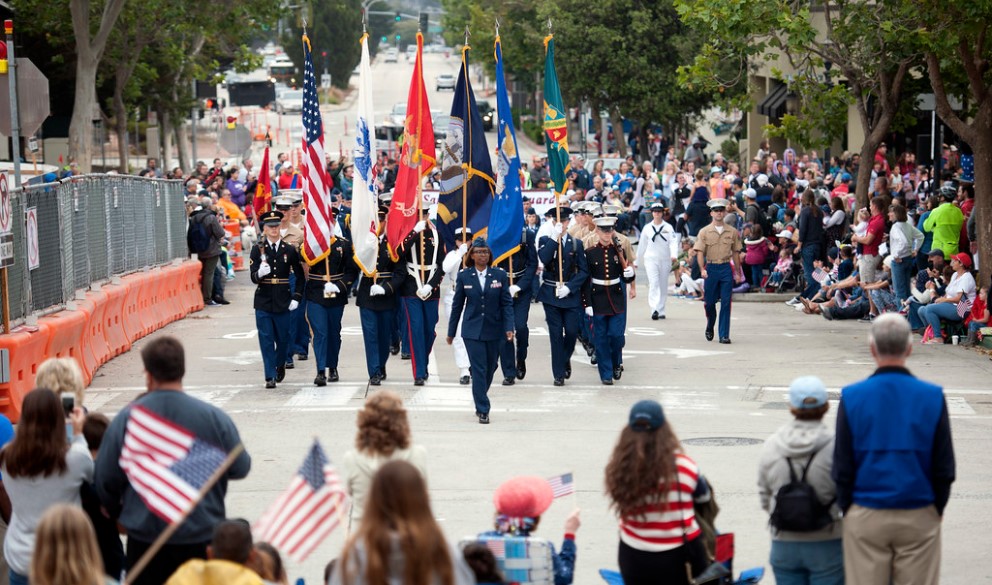 One afternoon a wolf who had eaten nothing for two days met a dog from a nearby farm. The dog was big and well fed, and the wolf complimented him on his healthy appearance.

“Come with me, Cousin,” the dog said, “and we’ll put some meat on your bones. You’ll get all the food you want, you’ll get tidbits and scraps of meat from the table, and the people of the house will brush you and treat you kindly.”

“And what must I do for all these things?” the wolf asked, salivating at the thought of regular meals.

“Nothing much,” the dog replied. “Keep the foxes away from the chicken coop. Bark at strangers. Protect the children from snakes and vermin.”

These were light chores in exchange for such feasts of food and affection, and the wolf thanked the dog and agreed to follow him to the farm. As they turned on the path, the sunlight streaming through the trees revealed a band of thin hair and chafed skin around the dog’s neck.

The wolf started with surprise. “What happened to your neck?”

“Oh, it’s nothing,” the dog said. “Sometimes when the master puts the collar round my neck at night, he ties it too tight. Other times I forget it’s there and pull against the rope, which leaves its mark.”

“You mean you can’t go wherever you wish?”

“No,” the dog said. “But what difference does that make?”

“Keep your feasts and easy life,” the wolf said, trotting away, “and I’ll keep my freedom.”

This fable from Aesop with its attendant moral – Nothing is more precious than liberty – was once a part of the American creed. Thomas Jefferson wrote it into the Declaration of Independence with that proclamation known around the world: “life, liberty, and the pursuit of happiness.” Pioneers who attempted the dangerous and often deadly journey across mountains and plains lived by the slogan “Root, hog, or die,” meaning that these men and women understood they had to make their own way in the wilderness. Millions of immigrants came to America seeking liberty and the opportunity to pursue happiness, which to Jefferson meant the right to pursue ambition and dreams.

And what was the basis for this American vision of liberty? When so few human beings in history have tasted the sweetness of liberty, how could Jefferson or anyone else confer such honors on individual sovereignty?

The answer is right there in the Declaration:

“We hold these truths to be self-evident, that all men are created equal, that they are endowed by their Creator with certain unalienable Rights, that among these are Life, Liberty and the pursuit of Happiness.”

Given our unhappy age of division and hatred, we might do well to pause and consider the meaning of this single sentence. Jefferson speaks here of truths. Do we still believe in truths, especially ones that are “self-evident?” Do we believe that all individuals are “created equal” and deserve a level playing field for the opportunity to succeed or fail, or do we demand equality based on race, gender, and wealth? Do we still recognize a “Creator?” Do we hold with the concept of “inalienable Rights,” meaning rights that are part and parcel of the human person, rights that no other person or government may lawfully abduct? Do we still regard “Life” as one of these rights? Do we treasure “Liberty and the pursuit of Happiness?”

If we examine with honest eyes the culture and politics of our time, we see that many of our fellow citizens reject these ideas.

Truth is relative, and certainly not self-evident.

All people are equal, but to paraphrase George Orwell’s Animal Farm, some are more equal than others.

Many deny a Creator of any sort.

Many reject the idea of inalienable rights such as free speech or freedom of religion, touting instead an ever-increasing list such as “the right to healthcare,” “the right to a free education,” and “the right to welfare.”

Many who consider themselves ardent proponents of life describe themselves in the next breath as “pro-choice,” which is Orwellian doublespeak for “pro-abortion.”

Finally, many embrace liberty and her handmaid, freedom, but disregard or push away the requisite responsibilities these two spirits demand.

For many of us, Independence Day brings trips to the shore, backyard barbecues, bands, and fireworks. These are pleasurable and worthy celebrations of American liberty which should be enjoyed.

As a part of these festivities, we might also ponder both the opening paragraphs of the Declaration of Independence and its last sentence:

“And for the support of this Declaration, with a firm reliance on the protection of Divine Providence, we mutually pledge to each other our Lives, our Fortunes, and our Sacred Honor.”

We might then ask ourselves: Will we, the living, pledge ourselves to liberty as they did? Will we assume the burden of responsibilities that attends the delights of liberty?

Later, when the bands have fallen silent and the fireworks have ended, and the evening is dark and still, we might sit a few moments beneath the stars and consider carefully the sounds we hear emanating from the corridors of Congress, from the media, and from our fellow Americans.

Do we hear the barking of a dog or the howling of a wolf?