How a Backflipping Terrier Got Me Reading 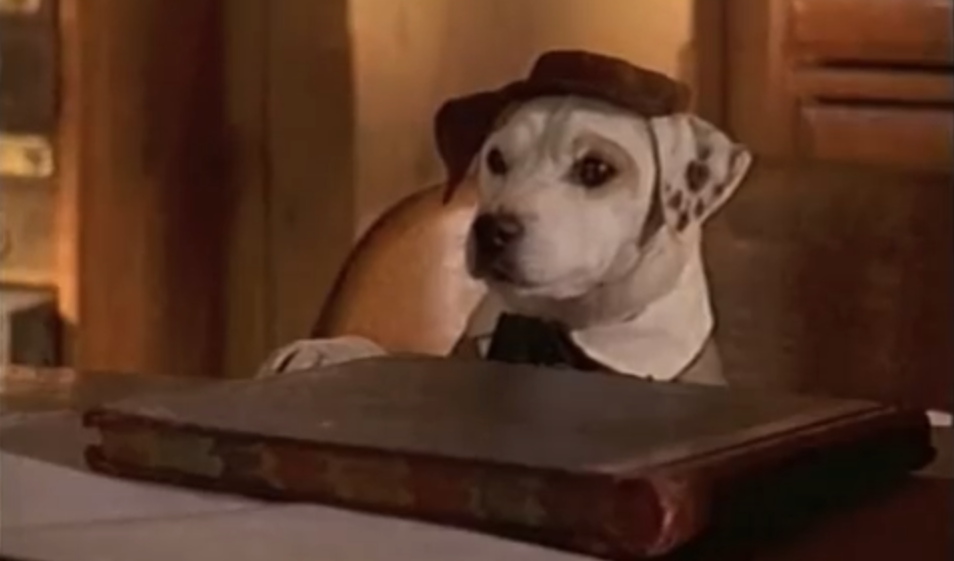 My junior year of college saw me making my way through the high points of Greco-Roman literature. Of the works on my reading list, the Odyssey was by far the easiest to navigate. Deftly, I followed Odysseus past the sirens, between Scylla and Charybdis, all the way home to Ithaca.

You see, this was a journey I was familiar with. I’d made it before.

The fact that the last time I’d been following a Jack Russell in a bronze helmet was of no great consequence.

That little warrior had been Wishbone, titular character of the classic PBS show. This canine had been the one to introduce me to Odysseus, as well as Tom Sawyer, Victor Frankenstein, even Joan of Arc!

The formula of this show’s success was simple. Every episode features Wishbone joining his owner and friends as they go about their day. Watching them face the obstacles in their lives reminds Wishbone of similar situations that the heroes of his favorite books have faced. The little canine then retells the story for us, placing himself in the starring role. For the rest of the episode, focus alternates between the real world and the world of Wishbone’s imagination.

Rick Duffield created Wishbone with the goal of introducing children of the 90s to the canon of great literature, especially the works that were way above grade school reading level. Little five-year-old me would never ask my mother to heave O. Henry’s Heart of the West down off the shelf. But would I ask her to pop in the video with the cute little dog squaring off against the town scoundrel in a classic wild west showdown? Yes, please!

Amazingly, watching a terrier act out the plot of classic novels doesn’t veer too far into the absurd. Even through scene after scene of this little dog doing backflips and clashing swords, the respect of the writers always shines through. This isn’t just respect for the source material (though there is so much of that), but respect for the audience as well. The stories were simplified, but not dumbed down. We were always presented with an intelligent adaptation. It just so happened to star a dog.

This show taught me that literature is more than just something I’m forced to read. It is a tool to help me become a better human being. As he faced his own problems, Wishbone could leap into the fantasy of literature and emerge with a real solution. So too can we delve into great works and find something to help us in the day-to-day.

What’s more, this show showed me just how much fun literature can be. These stories deserved the exuberance that little dog infused in them. A well-written book provides a great big world that I can just let myself get lost in. I can tunnel my way to the center of the earth, solve a twisted mystery, outwit a pirate. But… I still probably can’t do a backflip.

The Nation’s Report Card shows that only 36 percent of U.S. children can read proficiently. Is it time to change the way we approach teaching literature to today’s students?

And who knows? Maybe a little dog can lead the way.