An Open Letter to the U.S. House of Representatives 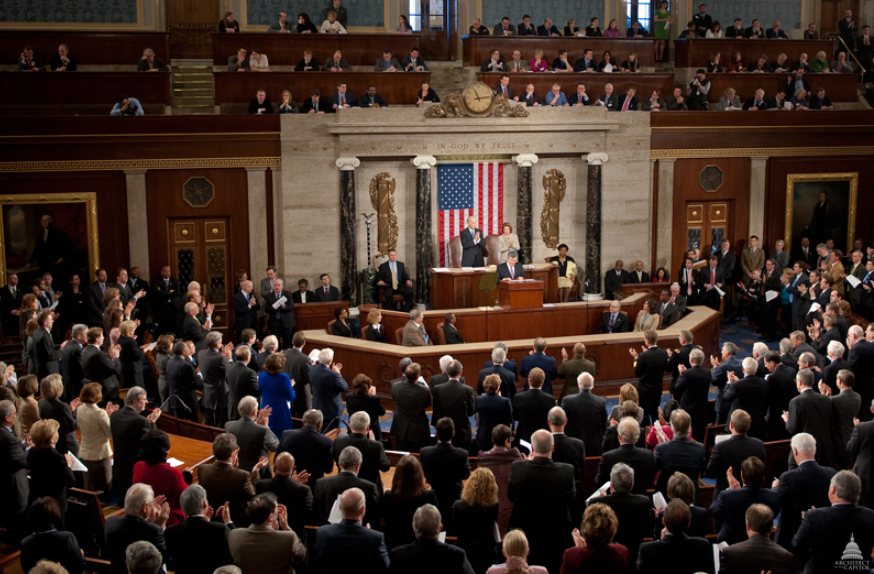 Dear Members of the House of Representatives,

I hope this letter finds you in fine fettle.

This is a first for me. I’ve never written an open letter. Usually celebrities, politicians, and academics compose and deliver these missives, often brickbats of denunciation and self-defense, to be printed in the media. For an ordinary guy like me, writing an “open letter” seems a bit pretentious. It makes me want to slip into a silk bathrobe, pop an American Spirit Light into a long-stemmed holder, dandle a glass of Korbel Brut in the other hand, and stroll about a rose garden dictating my words to a secretary who looks like Juliette Binoche.

Instead, here I sit in a McDonald’s six hours from home, sipping coffee, listening to tunes on the sound system from the fifties and sixties, and glancing now and then at a table of five old-timers nibbling their Egg McMuffins and discussing aircraft and the Wright Brothers.

Well, enough about me. Let’s talk about you.

Since Donald Trump’s election to the presidency, a number of you, some Democrats, some Republicans, some socialists, some independents, have talked and talked about impeaching the president. I can certainly understand why. His election was a stunner, wasn’t it? I’ve heard some folks were so upset they actually entered therapy. Others are still so unhappy they light themselves on fire or stab themselves. (When my candidates lose, I just toss back an extra gin-and-tonic, hit the sack, and go to work in the morning. Different strokes for different folks.)

The Mueller Report, two years in the making, exonerated President Trump of any collusion with Russia. That our president didn’t conspire with Boris and Natasha to subvert the United States is surely cause to break out the champagne, yet it brought sackcloth and ashes in certain quarters.

Now some of you are demanding that Attorney General William Barr break the law by giving you an unredacted copy of the report. Others accuse President Trump of mental illness. (The Soviets notoriously used this tactic as a way to put dissidents behind bars.) Some of you call for impeachment for no reason other than to appease your more rabid constituents.

You’ve stuck to this subject like a tick on a dog, but polls reveal most Americans are tired of the circus. You seem to forget that many of them voted for Trump and will be more than a little unhappy if you impeach him. Others, even many who didn’t vote for him, believe you are engaged in a vendetta, not a quest for justice.

Anyway, I have a suggestion for you.

Why not try solving some of our nation’s problems?

Our nation is 22 trillion dollars in debt. (I can’t even imagine how a million dollars stacks up, much less a trillion.) The Washington Post reports we are on track to a trillion dollar deficit in the 2020 budget alone. I have four children and a platoon of grandchildren, and don’t really like to imagine them living as paupers because our Congress lacked the guts to look a few years into the future and slash the budget.

And yet you seem to have your personal finances in order. Your current annual salary is $174,000. (The Bureau of Labor Statistics reports the salary of the average American is about $45,000.) You are, as I write, considering giving yourselves a raise. (How many employees anywhere get to vote to give themselves a raise? And yes, ladies and gentlemen, you are employees, something you tend to forget.) In fact, some of you leave Congress as millionaires. How about performing this same magic on the federal deficit?

You see, what’s frustrating to those of us outside the Beltway is that so many of you seem irresponsible with everyone else’s money other than your own.

Then there’s illegal immigration. The New York Times, CNN, and other media have recently acknowledged a crisis on our southern border. The place is falling apart. Hundreds of thousands of people are entering our country, some slipping across the border, others being caught and then released inside the United States. Most recently, we have reports that hundreds of illegal immigrants from the Ebola-stricken Congo – the Congo, for heaven’s sake! – were caught wading across the Rio Grande.

Were they turned back? Nope. They were dumped in the streets of San Antonio.

So what are you doing about this invasion? Any plans?

In the last twenty years or so, Congress has had a hand in our failing education system, a health care program that baffles many and brings ever greater costs, a military second to none but with boatloads of wasted dollars, and a government with lots of “non-essential” jobs.

Were you not elected to represent your constituents and to defend American interests?

How about giving it a shot? How about doing your job?

As for impeachment, which will likely backfire big-time if you go through with it, let me conclude with the words of the young woman pressed to get an abortion by her companion in Ernest Hemingway’s short story “Hills Like White Elephants”:

Encouraging you to do so, and to do your duty to the rest of us,