When the Tassle Isn’t Worth the Hassle 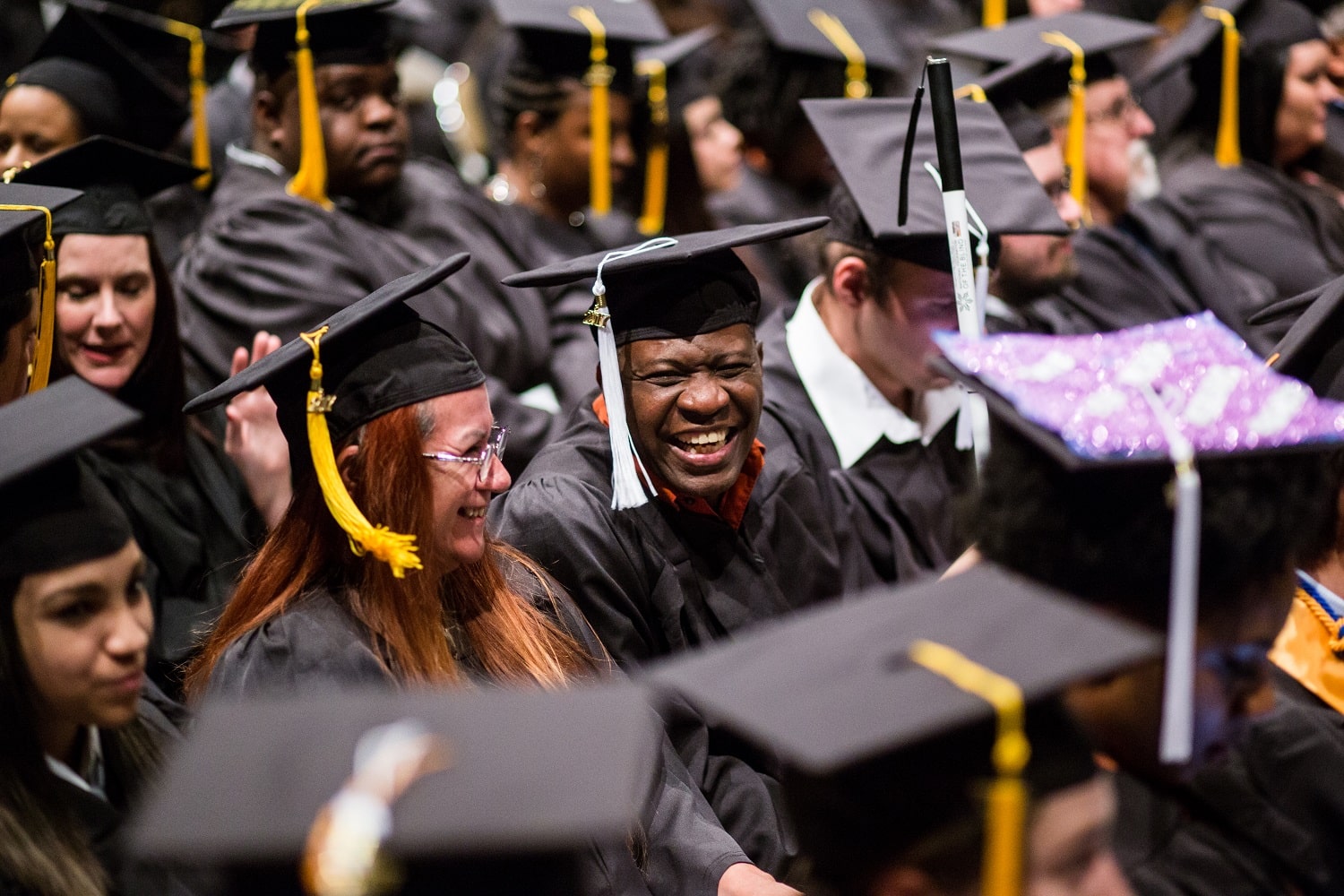 Graduation season has become somewhat poignant for me. I can’t help but smile when I step through the sliding doors of a box store and find myself looking at a display of cards, balloons, and festive pastries. Hats off to the grads! The tassle is worth the hassle! They’re such happy sentiments. I haven’t donned academic robes for quite a number of years, but it’s still fun to think about the fresh faces, burgeoning potential, and mounds of buttercream icing.

Even in the face of such cheerfulness, though, it’s hard to forget that higher education is in bad shape. It’s time to start thinking creatively about this problem, because it’s obvious that our present system is becoming unsustainable. College has become ludicrously expensive while offering graduates diminishing returns on their investments.

As institutions compete for a shrinking pool of potential students, resources are being squandered on fancy buildings and overpaid administration, while starving adjuncts teach most of the courses. College campuses are continually in the news, but for all the wrong reasons. Sooner or later, something has to give.

The coming shake-up could have any number of negative consequences, but there may also be windows of opportunity for positive reform. Many existing colleges will go bankrupt, and families may start thinking further outside the box as they consider their educational options. Trade schools will probably see increased interest as traditional four-year colleges decline.

There may also be space, though, for some new innovations. For instance, there could be demand for a kind of hybrid college, which combines serious scholastic study with sustained instruction in a trade or practical skill. Let’s call this the “Thales Model,” in honor of the Greek philosopher who (according to legend) once took a short hiatus from his life of contemplation just to demonstrate that he was perfectly capable of running a successful business.

According to the Thales Model, students would complete a serious classical curriculum with a strong emphasis on writing and textual analysis. Depending on the size of the faculty and student body, it might make sense to have a single Great Books-oriented curriculum for everyone, or there might be room for a stronger disciplinary focus in the later years.

At the same time, all students would receive extended instruction in carpentry, gardening, the culinary arts, and other practical pursuits. The goal would be to spend roughly half of the day reading books and the other half working with one’s hands. By the time they graduated, students would have a solid grounding in the Western canon, but they would also be able to build tables, grow tomatoes, and make decent French omelets.

What’s the point of combining scholastic breadth with practical depth? The answer is twofold. On a practical level, this program would help prepare students for an uncertain and rapidly changing job market. The scholastic component would help to build soft skills. This is the insight that is unfortunately lost on many people who are so disgusted with the modern university that they want to abandon the liberal arts altogether. Reading and writing are key to intellectual development, and the classical curriculum is rich in both. It’s good for young adults to build analytic and written skills, which may give them more versatility in times of economic uncertainty. A library card (or Kindle) is wonderful, but we really aren’t born knowing how to read a text properly. Formal instruction can help, potentially paying dividends across our whole adult lives.

At the same time, great books programs often leave students floundering when it comes to identifying specific jobs for which they are qualified. By learning practical skills, students may open doors to realistic careers, perhaps uncovering talents they didn’t know they had. With more and more young people spending their twenties (and beyond) in a kind of perpetual adolescence, it would be good to develop stronger expectations that young adults emerge from college prepared to earn money and potentially support families. It’s also important to acknowledge that most people are not going to spend their lives as scholars.

Looking beyond the practicalities, though, we should keep in mind that education ought to be more than mere job preparation. It should be soulcraft, enabling the student to realize his human potential, and preparing him to embrace the true, beautiful, and good (both in this world and the next). From that standpoint, the Thales Model would offer a fairly unique set of advantages, allowing for intellectual growth while also familiarizing students with the joy of building and making. Minds should be trained around the truth, while hands became familiar with real things: wood, soil, wheat, wine.

The liberal arts are the shared heritage of all human beings. Regardless of career aspirations, it’s worthwhile to learn how to read a book properly. Most people today have considerable leisure time in at least some period of their lives, and education should prepare us to use that in ways that enrich us and help us grow in virtue.

At the same time, as we are increasingly coming to understand that alienation is the great modern disease. Modernity pushes us relentlessly away from traditional ways of life and towards new modes of existence that are fragmented, rarified, and atomized. We are encouraged to self-actualize until every one of us is trapped in a perfectly tailored universe with a population of one. In such a world, de-alienating activities can be a lifeline, restoring mental and emotional health by giving us concrete points of contact with reality. In this sense, practical skills like woodworking and gardening can be essential even if they remain just hobbies.

Much ink has been spilled diagnosing the problems with our universities. Those concerns, unfortunately, are fairly well justified, but if we’re going to indict the current system, it’s worthwhile to spend some time contemplating the alternatives we would like to see. What kind of instruction would prepare our children to support themselves in a rapidly changing world? How can we give them the breadth, adaptability, and emotional resilience they need?

As existing colleges go bankrupt, facilities might become available for entrepreneurs who are willing to develop other options. The Thales Model might appeal to a certain sort of student, as a kind of collegiate-level classical-Montessori hybrid. Hopefully, it’s one of a thousand flowers that has a chance to bloom in the years ahead.