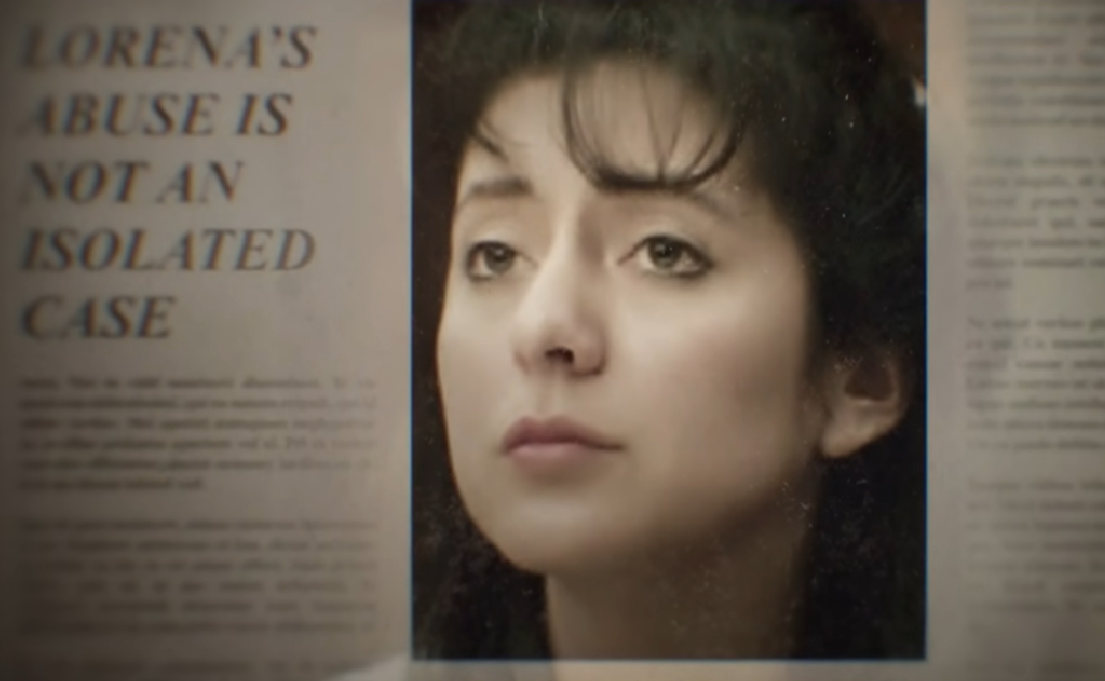 Over the past several years, America has been deluged with documentaries, movies, and limited series revisiting the great media frenzies of the 1990s (OJ Simpson, Waco, Tonya Harding, etc). These shows are entertaining, but they also play a more significant role. This is the way Americans are learning history now.

I watched the Paramount Networks’ excellent limited series Waco last year with my husband. He is non-American and wasn’t familiar with the events, so I actually felt the need to warn him that the Branch Davidians all die at the end. It’s too awful if it comes as a surprise.

Afterward, I remarked to him, “I wonder when we’re going to get a show about Lorena Bobbitt.”

Turns out, Amazon was already working on it. In February, they released a four-hour documentary titled Lorena about the John and Lorena Bobbitt incident in 1993 — don’t even try to pretend you don’t know which incident I’m referring to.

I was interested to watch because I lived in Manassas, Virginia, where everything happened. I was a child at the time and my parents tried to shield me from many of the details, but I distinctly recall that this was the only thing anyone in town talked about for a year.

Lorena has a great to deal to teach us about American society. The documentary does a good job of showing how the story was a huge farce. If John and Lorena had not been good looking people, no one would have cared.

However, the documentary makers also have a political agenda. They try to paint the Bobbitt saga as a kind of precursor to “Me Too.” Apparently, the trial put domestic abuse in the spotlight and thus women across America felt empowered to rise up and demand change. Personally, I don’t believe that is what happened. And the documentary fails to prove the Bobbitt trial was anything more than another example of America’s obsession with beautiful people who do ugly things.

Aside from that, however, Lorena is brimming with thought-provoking content. For example, it is astonishing to consider that Lorena’s Hispanic background played almost no role in the trial. A mere 25 years ago, the issue of immigration was not explosive the way it is today. If the trial had happened in 2019, the headline would have been: “White Husband Abuses Hispanic Wife.” In 1993, it was simply: “Husband Abuses Wife.” Lorena was not only acquitted, she received an outpouring of public sympathy. No race card required.

Another point to note is that John Bobbitt forced Lorena to undergo an abortion. To their credit, the documentary makers do not try to brush past this. Lorena describes on camera how the abortion caused her great emotional distress. The documentary features plenty of interviews with professional activists going on at length about violence against women. But none of them has anything to say about forced abortion. Their silence is deafening.

The documentary also briefly shines a light on jury nullification. The foreman of Lorena’s jury admits that he and several other jurors did not really believe her insanity defense. However, they could not bear to convict her because of all the abuse her husband John had inflicted on her. Thus, they voted to acquit. That’s jury nullification. And it’s one of the strengths of our legal system. Jurors have the power to acquit a defendant if they believe the law is being misapplied in the case before them. This is something that’s been largely forgotten today.

Viewers of Lorena will learn a great deal. And it won’t only be the lessons the documentary makers intend for them to learn. Lorena is not a perfect history lesson. But it’s better than no history lesson at all.