Trump is Surrendering on Immigration 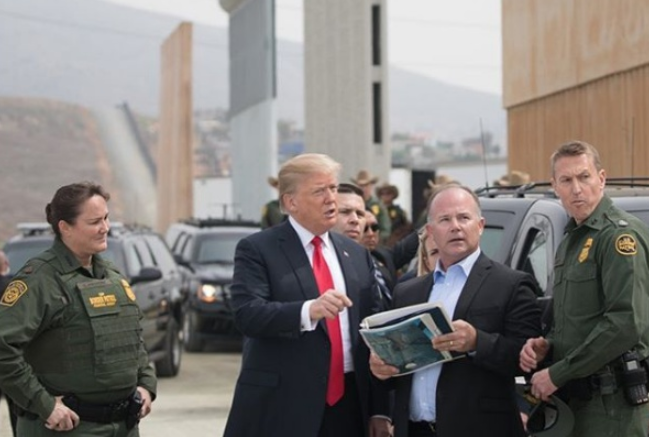 In the first days of May, two Californians were killed in collisions with drunk drivers. In both cases, the culprits were illegal aliens.

Hector Manuel Polanco, a Mexican, killed Raul Gulliver when he drunkenly slammed his truck into the 34-year-old Riverside County resident while Gulliver was riding his bike.

All of this is news only insofar that it adds to a long litany of atrocities perpetrated daily by people who shouldn’t even be in the United States.

Recall that in North Carolina this March, an illegal alien named Neri Cruz-Carmona failed to yield while making a left turn and slammed his van into Jamar Beach’s motorcycle. The collision decapitated Beach. Instead of stopping, Cruz-Carmona drove off with Beach’s headless body attached to his vehicle—a crime for which he was sentenced to just 14-months.

Not a month after Beach’s death, North Carolina Republicans proposed legislation that would provide illegal aliens with “limited IDs,” for which they would need to complete a driver’s license application. Remind me, which party is against illegal immigration?

It was for reasons like these that I defended Trump’s campaign rhetoric suggesting unfettered immigration means crime and mayhem. The Republican Party has long been culturally impotent and politically worthless on critical issues like immigration. I thought Trump might change that.

So it came as a relief when the president declared a national emergency to address the crisis on the border. When troops were deployed to augment immigration control operations, however, they were prohibited from directly enforcing domestic laws and absolutely forbidden from detaining any individuals. In other words, they were deployed to report and observe a national emergency.

Be patient, I thought, the tide eventually will turn. So it has. Just not in the way I expected or hoped.

American troops now have official instructions to do even more to facilitate illegal immigration than prevent it. A spokesman for the Defense Department made this fact painfully clear in a statement:

To recap: Troops are not allowed to detain illegals but have instead been instructed to transport them in bulk to processing stations — opened in the heart of American communities, without the input of residents in those communities — within the United States, where they will receive care and comfort, before being released into the country by the tens of thousands — all against Trump’s word that “Tens of thousands of illegals are being apprehended (captured) at the Border and NOT allowed into our Country.”

All paid for by you, the taxpayer.

What is President Trump doing? What is Stephen Miller doing? How do all-expenses paid trips from the border into the United States for illegals figure into making America great again?

Special Counsel Robert Mueller’s probe is over, and its conclusion means an end to what many assumed was Trump’s chief distraction from his single most powerful campaign promise: “Build the Wall.” Not merely a physical construct, the “Wall” was understood by millions to mean that Trump would deliver America from foreigners and the swamp that beckons them.

So far, not only has Trump has failed to keep that promise, but now the federal government is doing more to help than to hinder illegal immigration. Your guess is as good as mine as to why.