The PC Killing of Kate Smith 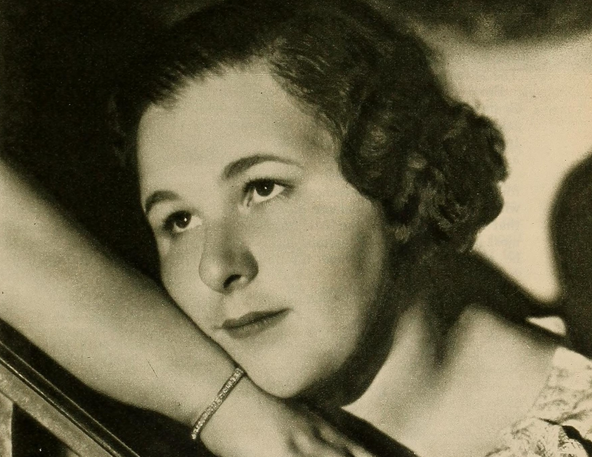 Back in 1983 when I was in the Navy, I was stationed in San Diego, and on an occasional Saturday night, when I was not on duty, I would head on down to the San Diego Sports Arena and watch the San Diego Sockers indoor soccer team play. At the beginning of the game, they did not play the usual national anthem, but rather Kate Smith’s version of “God Bless America.” The tune has stuck with me all these years, and I thought about how soaring it was to the spirit, and, in hindsight, that it was something to remind us of the beauty we have lost.

Ronald Reagan stated when he presented the Presidential Medal of Freedom to Miss Smith on October 26, 1982:

The voice of Kate Smith is known and loved by millions of Americans, young and old. In war and peace, it has been an inspiration. Those simple but deeply moving words, “God bless America,” have taken on added meaning for all of us because of the way Kate Smith sang them. Thanks to her they have become a cherished part of all our lives, an undying reminder of the beauty, the courage and the heart of this great land of ours. In giving us a magnificent, selfless talent like Kate Smith, God has truly blessed America.[1]

I did some recent YouTube searches and in them the singer Kate Smith, born in 1907 in the Shenandoah Valley town of Greenville, Virginia, was beloved by people across the political spectrum in Hollywood and Broadway. Celebrities like Dean Martin, Bing Crosby, Donny and Marie Osmond, and Howard Cosell complimented her on her wonderful singing and personality. On June 8, 1939, His Royal Highness King George VI, alongside the Queen, was accompanied by President Franklin Roosevelt to the White House for a program of American music where Kate Smith was a participant.[2] When her turn to sing came up, the president told the King and Queen, “Your majesties, this is Kate Smith. This is America.”[3]

With much of her career behind her, she settled down in semi-retirement by the early 1970s, but her career was revived again—this time, in a curious way—when the Philadelphia Flyers hockey team discovered that they always won when her rendition of “God Bless America” preceded the game.[4] She sang her signature tune in Game Six of the 1974 Stanley Cup Finals at the Spectrum in Philadelphia where the Flyers went on to win the game and hoist its first cup.

To many, her songs are now the stuff of ancient history, but musical tunes that are old do not mean that they are not beautiful. Of the three thousand songs recorded in her lifetime, in addition to “God Bless America,” other songs like “When the Moon Comes Over the Mountain,” “Dancing With Tears In My Eyes,” “Here Comes Heaven Again,” and “Nearness Of You” were just a few that displayed the beauty in her voice.

As we have seen in the past few years, many statues have been taken down by various governmental entities across the country. Not only have various statues of Robert E. Lee, Stonewall Jackson, and P.G.T. Beauregard been taken down, but also statues of William McKinley and Christopher Columbus, statues which have been seen by some as symbols of hate and oppression and are thought of as demeaning to certain groups of people.

With sadness, this madness of statue removal has now come to wreck Kate Smith. Her legacy is in tatters based on two songs that were done in the early 1930s when she was in her twenties. The Philadelphia Flyers team a few weeks ago were scrubbing connections with the famed singer as the team investigated racist lyrics in several of her songs. The erasure of the singer included covering a bronze statue of Miss Smith that stood outside Xfinity Live!, a South Philadelphia entertainment complex, and removing her iconic recording of “God Bless America” from their playlist.[5]

We have truly reached a time when the slightest infraction of today’s supposedly pure standards on the part of the PC police incurs a Stalinist sentence of being rendered a former person. She is now being “investigated” as if she committed a crime worthy of being prosecuted at the Nuremberg Trials. No doubt, if she were alive today, she would be trotted out around the TV news circuit and be made to confess her criminal sins and do penance before the angry progressive mobs who brook no dissent from their ideology. As for now, her statue in that area of South Philadelphia has vanished. G.K. Chesterton spoke well of giving a voice to those of the past and not throwing away tradition and submitting to an arrogant oligarchy that is merely walking around. Just because we have smartphones, live in comfort, and have abundant choices does not mean that we are the sole holders of wisdom. In fact, the current class of talking heads and academics might be the ones who fritter most of it away in our country. Kate Smith, another skin in the collection of the self-righteous mob that the poet T.S. Eliot spoke of many years ago:

The more highly industrialized the country, the more easily a materialistic philosophy will flourish in it, and the more deadly that philosophy will be. . . the tendency of unlimited industrialization is to create bodies of men and women—of all classes—detached from tradition, alienated from religion and susceptible to mass suggestion: in other words, a mob. And a mob will be no less a mob if it is well fed, well clothed, well housed and well disciplined.[6]

Let us hope that we can make a stand to defend those who represent beauty, truth, and virtue, both in the present and the past, from howling mobs that dominate our culture today.