Inverting the Wisdom of the Ages 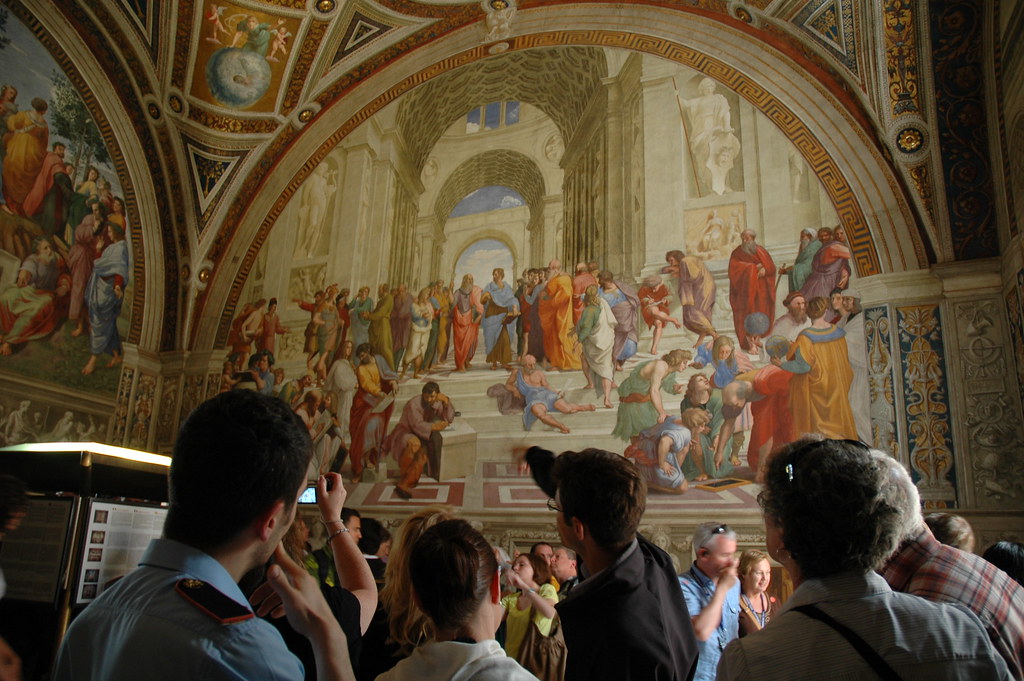 “They have called the people happy, that hath these things,” says the psalmist, thinking of tall sons and lovely daughters, great herds of sheep, fat oxen, and full granaries, “but happy is that people whose God is the Lord.”

We have inverted that wisdom, and placed a severe limit on the one item in that list of worldly blessings that bears intimations of eternity. We call those people happy who have the sheep, the oxen, the granaries, and sons and daughters, so long as there are not so many of the latter as to trouble your enjoyment of wealth; but miserable are those people whose God is the Lord.

That is because they must suffer under a theocracy, so the reasoning goes, and theocracies are wicked things. Let us tease this out a little.

In a theocracy, it is not simply the case that a people’s sense of the divine law informs their decisions as to the civil law. If such is the definition of theocracy, then Martin Luther King, Jr. was a theocrat when he invoked the prophet Amos, the theologians Augustine and Thomas Aquinas, and the reformer Luther to call his fellow Christian pastors to repentance for their racism. William Wilberforce was a theocrat when he placed before the eyes of his semi-Christian countrymen the glaring contradiction between loving your neighbor as yourself, and rounding up hundreds of your neighbors, naked and terrified, and shipping them across the ocean in a stinking and disease-ridden hull, to be sold at auction. Dorothy Day, by this definition, was a theocrat. Clara Barton was a theocrat. The leaders of the YMCA movement were theocrats. Every single social reformer who was inspired by the exalted moral teachings of the prophets, or of Jesus Christ, was a theocrat.

Of course, this is nonsense. Not one of those people worked for a civil government run by priests. But there are theocracies in the world today. They are Islamic, not Christian, and the law is engraved in Arabic upon the pillars of paradise, admitting of no translation, much less of interpretation.

The question for us in the non-Islamic West is not whether to set up priests and ministers as the de facto governors of the state. It is whether people are encouraged, or even permitted, to appeal to the law of God when they attempt to craft human laws that are just, and to persuade their fellow men that they are so. And here the cold steel probe strikes the nerve.

For if we are going to evaluate a supposed theocracy, must we not ask the obvious question, “What understanding of God do these people have?” The Canaanite theocracy is one thing, the Israelite another. It is one thing to make your children “pass through the fire to Moloch,” to guarantee good harvests in the coming year, or to avert a sag in your bank account. It is another thing to free all your slaves at the jubilee, because you, too, were once a slave in Egypt. It is one thing to farm out your daughters and your young sons to serve as temple prostitutes in the worship of Asherah. It is another thing to hear the tender but admonitory words of Jesus, “Suffer the little children to come unto me, and hinder them not, for of such is the kingdom of heaven.”

And now we perceive the source of the fear. For people reveal their motives more clearly when their fears are unreasonable. If I am afraid of a charging bull, that says nothing about me; any man other than a toreador would be so. If I am afraid of an old lady with a rosary, praying in front of an abortion clinic, as Pennsylvania State Representative Brian Sims recently showed himself to be, as he showered her with exaggerated and unmanly abuse, that reveals a great deal.

He could have said, “Madam, I understand your concern for innocent human life, but I believe that in this matter you are deeply mistaken, and this is why.” Sister Joan Chittister, who charges pro-life Catholics with hypocrisy when they do not agree with her about what to do to assist the poor, might, instead of inveighing against them and giving aid to their many and powerful opponents, say, “My fellow Catholics, you are right about this, and I congratulate you, and am grateful for your efforts, but there is more at stake, and you are missing it.” But they do not speak this way.

Thomas Jefferson, no theocrat, took out his scissors and excised from the gospels every miracle that Jesus performed. The excisions should not surprise us. That he kept the gospels at all—that is the main thing. For Jefferson, never quite reliable in his morality, saw that the words of Jesus raised the eyes of man toward a moral vision that was more demanding, more fulfilling, purer, more merciful, and more just than any vision that man has ever had. It was a vision beside which Plato seemed a trader in vagaries, Seneca a trimmer, and Epictetus cold-hearted and aloof.

That moral vision is what strikes terror to the heart. And well it should. Nobody comes out looking good.

We must acknowledge, as Jefferson in his odd way also did, that although we may insist all day long that no one may judge another, even while we exceed in censoriousness our most malignant caricature of the Puritan, yet God judges us, and on our own we will be found wanting. That judgment does not come only after the trump of doom. It comes now; it is built into the human soul. Evil is its own first punisher.

But how to ignore that fact, or, if you will, the fear that such might be the case? You must exaggerate the political threat, in order to parry the existential and spiritual threat.

Somehow you know that you cannot really turn Jesus into a pom-pom girl for the empty promises of sexual liberation. You cannot really imagine Jesus picking apart the members of John the Baptist in his mother’s womb. That does not mean that everybody hears well when Jesus blesses the poor. We don’t hear well at all. The difference here is between people who are dull—that is, most of us who call ourselves Christian—and people who are shrieking, to drown out the voice of conscience.

“Ye shall be as gods,” said the serpent. That is the apex upon which the whole inverted pyramid stands, trembling.