‘Free’ College Would Depreciate the Value of College Degrees Even More 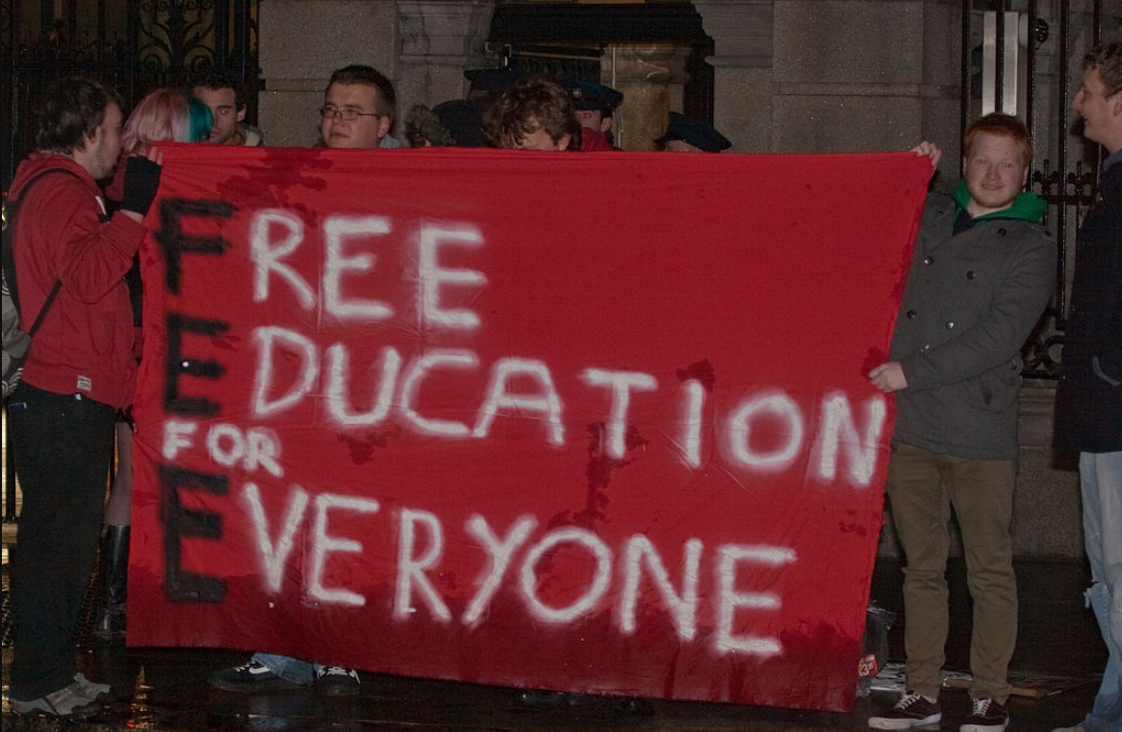 For US citizens aged between 18 and 24 years, college enrollment rates reached more than 40 percent in 2017. Of those, nearly one in three (31 percent) drop out entirely. Why should the average taxpayer subsidize this? There is no conclusive evidence to prove that societal gains are worth the cost to the taxpayer. Going to college is, in effect, a risk. Students may come out and make big money but are equally likely to end up on minimum wage. When government pays for this education, it is effectively risking the money of the average taxpayer — money that would have a more effective use when directed by natural market forces.

Proponents such as Bernie Sanders cite Germany as an example of how colleges can, in fact, be free. However, the impact of increasing the enrollment rate is not given much attention. Germany has an enrollment rate of 57 percent — a full 17 percent above the US. The US may not see enrollment go that high. However, Georgetown University did a study on the “free college” plan proposed by Hillary Clinton. It concluded that her plan would increase enrollment rates at public colleges by 9 and 22 percent.

Higher enrollment is not necessarily a good thing. One-third of students drop out completely in the US. If college is free, it is likely that this rate will increase further. Students won’t have any skin in the game because they won’t be picking the tab up at the end. This effects efficient decision making. In France, for example, the dropout rate is as high as 50 percent. Nevertheless, as demand increases, so too will the number of students who drop out. This is a waste of resources. The cost should, therefore, be borne by those who make the incorrect decision. If Mr. Jones buys shares in Company A but the price tanks, he pays the cost. Free college would be like getting the average taxpayer to subsidize Mr. Jones when his shares decrease in value.

“Free” public colleges would all but kill the competitive environment, and private colleges are already raising their concerns. The impact could be profound. Over 5.2 million students attended private institutions in 2016, making up 26 percent of total enrollment.

Many will be incentivized to attend free public colleges to the detriment of private institutions. Hillary Clinton proposed a similar “free college” plan in 2016, but it was only offered to those with household income below $125,000. A study by Georgetown University concluded that it would reduce private enrollment by up to 15 percent.

Extending an entirely free college plan to all would reduce private enrollment by an even greater amount. That would destroy many small private colleges, thereby reducing choice for students. At the same time, the private institutions that survive would have to occupy a different position in the market. That position would most likely shift to serve the “elite.” Private institutions would become less diverse and more elitist as price-sensitive students shifted to public competitors.

“Free college” makes public institutions reliant on local and federal governments. Once the argument is won for “free college” and political capital is gained, there is little incentive to continue to invest. The resulting increase in demand will have to be met with higher levels of funding. That means more investment in housing and more investment in facilities.

There are even cases where students have been sent home due to overcrowded lecture halls. Students often protest, citing a lack of facilities and poor lecturer-to-pupil ratios. This is not limited to France.

In Germany, private universities have superior facilities. Photographers may have their own darkrooms, and journalists may have their own studios. The opportunities to obtain practical experience are enhanced. As a result, students come out more prepared for the workforce. Students may be able to obtain a degree from public institutions. The effect, however, is that it will be of lower quality. The skills they have obtained will be inferior and leave them unprepared for the workforce.

Nine in 10 American families believe college is an investment, and 66 percent believe it’s a good value. This belief has developed over the years, evidenced by the growing enrollment rate. More students are attending college in the hopes of guaranteeing higher future earnings. Enrollment has surged in recent decades: In 1990, 14.2 million students enrolled in degree-granting institutions. By 2010, this figure reached 21 million.

As the number of applicants has increased, standards have declined to accommodate them. Augsburg University, for example, is trialing a “test-optional” admissions policy. The University of Chicago has also followed suit and no longer requires applicants to submit SAT or ACT scores. Furthermore, research from the American Enterprise Institute found that standards have fallen, with students studying significantly less than they used to.

As college enrollment has increased, standards have fallen to accommodate for this. A college education used to be for the academic elite. It is for this very reason that it was such a worthwhile investment. If you received a degree, it was confirmation that you had academic abilities. Now, the qualification has lost its value somewhat. It is becoming more difficult for businesses to differentiate the bright from the not-so-bright.

Elizabeth Warren’s proposal does not resolve this issue. In fact, her proposal is only likely to make matters worse. “Free college” will attract even more students, putting pressure on public colleges to take them on. The talk of lowering standards further is deeply worrying. By making college available to the masses, it defeats the goal of creating a well-educated workforce. It attracts students who would perhaps be more suited to apprenticeships or other forms of on-the-job training.

Perhaps more importantly, it dilutes the importance and value of a degree. As more and more students graduate, businesses will find it harder to differentiate. Undergraduate degrees will become the norm, and the financial return will become negligible.