Aldi and the Virtues of ‘Brutal Efficiency’ 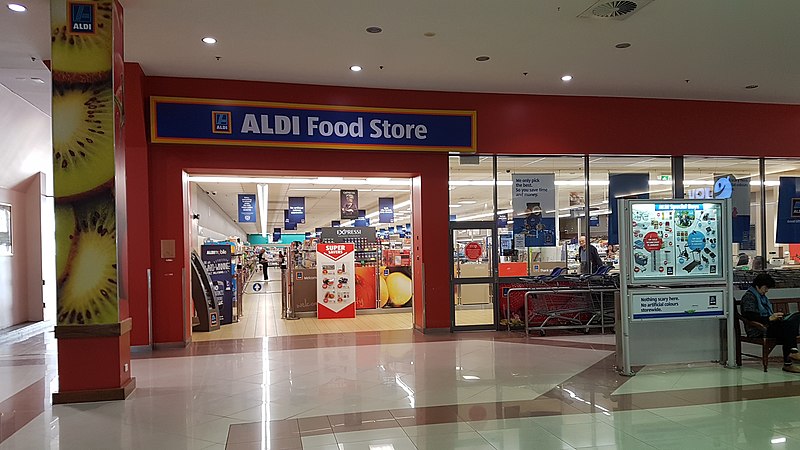 In recent years, we’ve witnessed a food revolution of sorts, leading to expansive consumer choice and an increasing emphasis on healthy or specialty foods that are locally and ethically sourced. In turn, a flurry of grocery chains have capitalized on such trends, with some stuffing their aisles with countless brands as others focus on “socially conscious” goods at luxury prices.

In a long-form profile for CNN Business, Nathaniel Meyersohn chronicles the German grocery chain’s rise to prominence in the United States. What was once seen by many Americans as an inconvenient low-budget option is now viewed by competitors as a “brutally efficient” innovator that is “upending America’s supermarkets” and “reshaping the industry along the way.”

The consumer base for “simple, fast, and cheap” is growing, with more and more shoppers willing to sacrifice comfortable shopping environments and high-end brands for no-frills practicality. Such growth brings many lessons, one of which centers on the enduring power and value of basic, hum-drum trade and exchange.

“Aldi has built a cult-like following,” Meyersohn writes. “When it enters a new town, it’s not uncommon for hundreds of people to turn out for the grand opening. The allure is all in the rock-bottom prices, which are so cheap that Aldi often beats Walmart at its own low-price game.”

Indeed, as recent evidence indicates, competitors like Walmart are aggressively adapting their prices to match Aldi’s—a trend that is bound to benefit consumers and shift the attitudes and priorities of grocers, discount and premium alike. “I never underestimate [Aldi],” said Greg Foran, Walmart’s CEO of US Operations. “I’ve been competing against Aldi for 20-plus years. They are fierce and they are good.”

Consider the following chart, which summarizes a Houston Walmart store’s price fluctuations shortly after Aldi moved in across the street:

These aggressively low prices are possible for a variety reasons, from Aldi’s unique approach to labor and wages (fewer employees, higher wages, more responsibilities) to its efficient store design and minimalistic inventory to its streamlined methods of stocking, scanning, and so on.

Meyersohn summarizes some of the key features that make the model different:

Aldi employs several key design details that maximize efficiency at checkout. On many of its products, barcodes are either supersized or printed on multiple sides to speed up the scanning process. After groceries are rung up, there’s nowhere for them to linger. The cashier drops them directly into a shopping cart below. Aldi doesn’t waste time bagging groceries. Customers must wheel away their shopping carts to bag their own groceries in a separate section at the front. Since stores don’t offer free bags, customers often scour the store for empty cardboard boxes to use instead…

Aldi has other tactics to keep real estate and labor costs down. Size is one factor. A Walmart supercenter averages around 178,000 square feet. Costco warehouses average around 145,000 square feet. Aldi’s small box stores, however, take up just a fraction of that space, at 12,000 square feet on average.

And unlike other stores, where there’s a clear division of labor — runners retrieve carts, cashiers ring up customers and clerks stock shelves — Aldi employees are cross-trained to perform every function. Their duties are also streamlined. Aldi displays products in their original cardboard shipping boxes, rather than stacking them individually, to save employees time stocking shelves. Most stores don’t list their phone numbers publicly because Aldi doesn’t want its workers to spend time answering calls.

Over at AEI’s Carpe Diem blog, economist Mark Perry notes that Aldi’s story is an apt illustration of how “fierce cutthroat market competition” is an effective mechanism for market regulation and innovation. Even in an industry filled with competitors as big and as dominant as Walmart, Aldi shows how disruption and creative destruction are possible.

Further, we tend to fear and ridicule big firms as being “monopolistic” based on particular levels of wealth or market share. Yet Aldi’s success reminds us that it is the consumer who holds the true power. “The principle of consumer sovereignty is perfectly illustrated by Aldi’s competitive fierceness and rock-bottom prices,” Perry explains, “which ultimately bestow savings on the beneficiaries of Aldi’s efficiency — the consumers who are the ‘kings and queens and the supreme rulers of the marketplace.’”

But beyond the various lessons about low prices, innovation, and consumer empowerment, Aldi’s success also reminds us that, even in an economy filled with distraction and diversion, sometimes simple trade and exchange is enough. It’s odd that such a lesson might be necessary, but in our current consumeristic age, retail storefronts, shopping centers, and online shops are increasingly designed and promoted as “experiences” for consumers to relish, in and of themselves. Such efforts seek to somehow inject our marketplaces with additional meaning, using everything from aesthetic frills to chippy marketing to inflated prices.

Yet there is plenty of meaning to be found in the pursuit of (for example) groceries at a low price: the creativity, the relationships, the interactions, the collaboration, the generosity of spirit, and the value creation. All of these are all possible without artificially romanticizing products and brands and store aisles or overly catering to our personal comforts, quests for convenience, or micro-obsessions about product sourcing and specialization.

That isn’t to say there can’t be value in all that, nor is it to pretend that Aldi doesn’t partake in many of the typical tricks and tactics. Rather, it’s simply to note that Aldi’s striking simplicity helps remind us of the core of what we’re after with trade and exchange: serving each other well and creating new things in the process.

In the grocery wars ahead, we can expect to see Aldi remain as but one of a range of other options, each representing their own competing values and priorities. As we assess the terrain and its economic implications, we should remind ourselves that sometimes shopping can just be shopping, and sometimes that ought to be good enough.