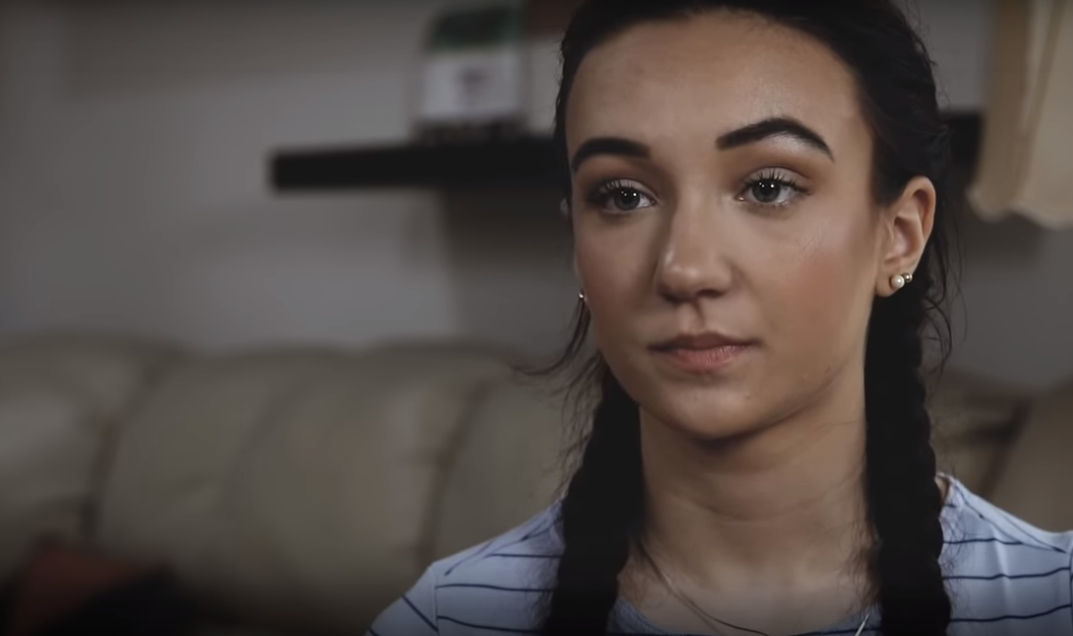 When two high school athletes who were born male but identify as female took first and second place at Connecticut’s girls indoor track championship this year, it wasn’t just a local news story.

To some, it was a story of triumph and courage. The winner, a junior from Bloomfield High School, set a girls state indoor record of 6.95 seconds in the 55-meter dash, and went on to win the New England titles in both the 55-meter dash and the 300-meter dash.

To others, it was a story of shock and disappointment: Is this the end of women’s sports?

To Selina Soule, a 16-year-old runner from Glastonbury, it was personal.

A junior, Selina missed qualifying for the 55-meter in the New England regionals by two spots. Two spots, she said, that were taken by biological boys.

Had the boys who identify as girls not been allowed to compete, Selina would have placed sixth, qualifying to run the 55 in front of college coaches at the New England regionals.

Instead, she placed eighth, watching the 55 from the sidelines after qualifying in only the long jump, an event in which the transgender athletes didn’t compete.

“It’s very frustrating and heartbreaking when us girls are at the start of the race and we already know that these athletes are going to come out and win no matter how hard you try,” Selina told The Daily Signal. “They took away the spots of deserving girls, athletes … me being included.”

While the debate over transgender athletes and fairness is complex, the situation in Connecticut has brought forth another complicating layer: Plenty of parents and high school girls appear to object to the participation of biological boys in girls sports, but fearing public bullying and backlash, they’re not speaking out.

The stakes of remaining silent are high: Policies are being formed in real time at the local, state, and federal levels regarding transgender individuals, student athletes, and sports.

The legislation would create a civil right for male athletes to self-identify as females at any time, critics say, without any evidence of physical changes to their bodies.

A Voice for the Voiceless

Selina Soule, a 16-year-old runner from Glastonbury, Connecticut, shares what it’s like being forced to compete against biological boys. (Photo: The Daily Signal)

When the Connecticut Interscholastic Athletic Conference, or CIAC, said biological boys who identify as girls can compete as girls in sports, most track athletes remained mum.

Connecticut is one of 17 states that allow transgender high school athletes to compete without restrictions, according to Transathlete.com, a website that tracks state policies in high school sports across the country.

Encouraged by her mother, Bianca Stanescu, who has been in the forefront in challenging the state policy, Selina is one of the few students, if not the only one, giving a voice to countless others who appear to feel the same way.

“Everyone is afraid of retaliation from the media, from the kids around their school, from other athletes, coaches, schools, administrators,” Selina explained. “They don’t want to drag attention to themselves, and they don’t want to be seen as a target for potential bullying and threats.”

In a visit to the Nutmeg State, The Daily Signal spoke with four other track athletes from two high schools in Connecticut. Echoing Selina’s sentiments, they asked to remain anonymous.

“I think it’s a very important thing for people to really understand where we’re coming from, instead of just immediately going to, ‘We’re transphobic,’” one said. “Just the way that our society is built, it snaps on people so quickly.”

“We live in such a cruel world, and society is just so hard to figure out sometimes,” another girl told The Daily Signal. “You never know what the reaction is going to be. It’s so hard because you want your voice to be heard … but, how can you know what to say that will affect things positively, instead of people twisting what you’re saying and turning it against you?”

The girls’ parents, too, expressed a high level of concern for protecting their daughters’ identities, not even wanting to identify them by high school.

Connecticut is made up of small towns, the parents explained, and given the relatively small number of athletes affected, people can connect the dots.

“There’s really nothing else you can do except get super frustrated and roll your eyes,” the first girl said, “because it’s really hard to even come out and talk in public just because of the way with the far left, and how just immediately you’ll just be shut down.”

“It’s not like we’re saying that we don’t like transgender people,” she added. “It’s just an equality issue where these girls are trying their absolute hardest to try and get those good things on their college resumes, and then it just gets completely taken away from them because there’s a biological male racing against them.”

The athletes say they don’t fear only being bullied or portrayed as a bigot. They also hope to attend college, and are afraid their politically incorrect views could hurt their prospects.

“I personally want a future in athletics in college,” a third girl told The Daily Signal, “but I feel like if there’s a coach that disagrees with my personal opinion, or a board that disagrees with it, then they’ll already have a predisposition with me and then it’ll affect maybe playing time or my ability to get into that college.”

“We have college down the road — I’m scared that that could get impacted,” a fourth girl said. “Sometimes the coaches will just like look at the lists … and if you’re not No. 1 then they won’t choose you.”

“I have heard opinions where coaches are just going to look at your times, and that they don’t really care where you place,” the first girl added. “But college coaches are going to these bigger meets, and when they don’t see you there, they’re not necessarily focusing on you. They’re focusing on the people that are there.”

“It kept Selina from getting to New Englands, where she had the opportunity to be running in front of college coaches, which is just unfair,” she added.

The athletes’ hesitation to speak out publicly begs the question:

Whatever the answer, few could blame them, given the vitriol on display in today’s public square.

Business Insider removed a writer’s article defending the casting of Scarlett Johansson to play a transgender man in an upcoming film, for example. The publication said the article violated its “editorial standards,” and the writer later quit.

Authorities in Canada allegedly threatened to arrest a father if he refers to his biological daughter as a female in private or in public because she identifies as a boy.

And in schools, The Daily Signal has documented multiple cases of biological girls being forced to share locker rooms or bathrooms with boys, despite their safety concerns and discomfort.

But again and again, those on the “wrong side” of this conversation are too afraid to speak out.

‘Door Is Open for Any Other Sport’

A junior in high school, Selina Soule is asking for fairness to be returned to her sport.

Selina’s mother, Stanescu, told The Daily Signal that she has done “everything that I thought would be possible to help this and just open a conversation” about what’s happened in Connecticut and what could happen should Congress pass the Equality Act.

“The doors have been shut over and over again,” Stanescu said. “People are afraid to speak.”

In addition to potentially instating a nationwide bathroom requirement, health care mandate, and a “preferred pronoun” law based on gender identity, the Equality Act would enshrine in federal law the right of biological boys to compete as girls in all sports.

If the measure passes, Stanescu warned, “women will be completely eradicated from sports.”

What’s happening in Connecticut, she added, will happen across the country—and not just in track and field.

“Yes, it has been affecting track and field in Connecticut, but the door is open there for any sport, and that is something that could become also a safety issue,” Stanescu said. “It’s taking away the opportunity to win for the girls, but in sports that have physical contact, [it] could become a serious safety issue.”

“It could be potentially very dangerous if you have a transgender female that’s competing in basketball, soccer, lacrosse, field hockey because they are so physically superior to females,” her daughter Selina added.

Selina says all this while making clear she supports athletes “being true to themselves.”

“I have friends in school who are transgender and I know when they are struggling to come out or deciding to come out, I was there supporting them,” she said. “And when they were freshly out, I was caring towards them. I was never rude or disrespectful.”

But the situation in sports has “nothing to do with their gender identity and how they feel,” Selina said. “It has to do with what is right and what is fair in athletics.”

Looking forward to her senior year, Selina said she hopes to run track in college. She referred to the long jump event as her “safe haven” where “the results were fair no matter what, because it was girls competing against girls.”

“But now, unfortunately,” she said with a disappointed look on her face, “one of those athletes has started to compete in long jump. So now none of my events are safe.”