Red flag gun laws are suddenly popular in America. Colorado recently became the fifteenth state to pass such a law.

The law, the tenth such passed since the Stoneman Douglas High School shooting in Parkland, Florida, will allow authorities to seize the private property—firearms—of someone deemed a risk to himself or others after successfully petitioning a court. 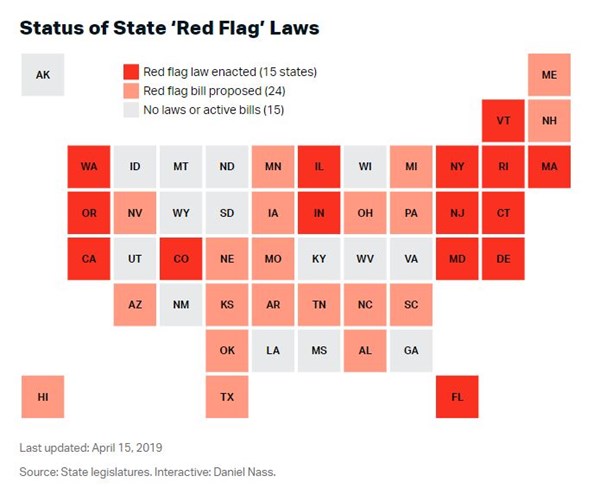 Nearly a dozen sheriffs have said they will refuse to enforce the law, which they say is unconstitutional, even if it means going to jail. 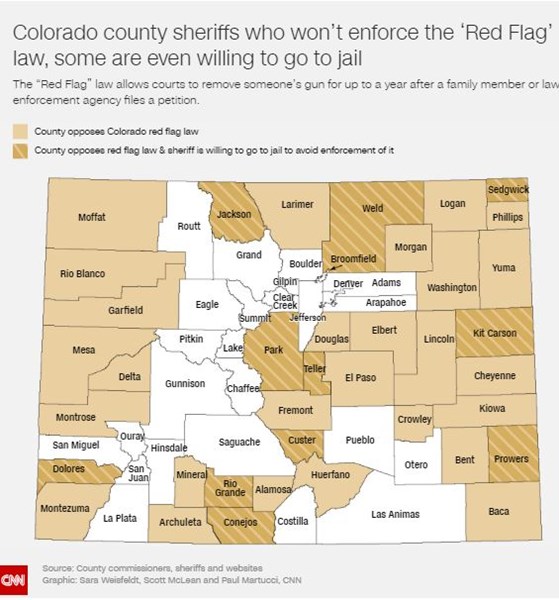 Divining what is legal and what is not is no simple task in this era of constitutional penumbras, yet there is no question that red flag gun laws turn due process on its head. In fact, one might say that red flag laws walk dangerously close to an infamous idea in sci-fi literature: pre-crime.

Many readers have probably heard of pre-crime, a theme explored in the hit 2002 Minority Report. The movie, which starred Tom Cruise and was directed by Steven Spielberg, shows us a world in which murder doesn’t exist because authorities have figured out a way to prevent such crimes before they happen.

The film is based on a 1956 novel written by Philip K. Dick, the same author whose literary works inspired such films as Blade Runner, The Man in the High Castle, and Total Recall. If there’s a central theme running through Dick’s work, it’s the idea that the future will increasingly find individual autonomy under threat from creeping authoritarianism and omnipresent technology.

In Dick’s Minority Report, we see that defeating crime is easy with the help of so-called “precogs,” humans who have been weaponized by the state to allow authorities to prevent crimes (not just murder, as was the case in the movie) before they occur. Everything goes smoothly until John Anderton, the creator of PreCrime, is accused of killing a man he has never met or heard of.

Readers are presented with a seemingly simple ethical question: Is it okay to stop crimes before they happen? More importantly, to what lengths should humans go to prevent them from happening? The answers to these questions are not as simple as they seem, and how we choose to answer them has implications in our world.

Though no precogs walk among us, scholars have observed that Dick’s book and the larger idea of pre-crime has been associated with a “gradual whittling away, in the name of security, of the core legal principles of due process and ‘innocent until [proven] guilty beyond reasonable doubt.’”

Red flag laws don’t involve precogs seeing into the future. Yet, like pre-crime, they are designed to prevent a crime before it happens—even if it means violating civil rights in the process.

“Take the guns first, go through due process second,” President Trump famously said at a meeting with lawmakers on school safety and gun violence.

To many people, seizing someone’s firearm before they can use it in a crime sounds perfectly reasonable, which is precisely why red flag laws pose such a threat to civil liberties. Many supporters of red flag laws seem disinterested in how the guns get taken, so long as they are taken. But the “how” matters.

What standard of evidence is used to determine if a gun owner is a threat? Are there penalties for people who use false evidence to claim someone is a danger? Can people who are flagged as threats be involuntarily committed? Are they appointed legal counsel? Will a federal database be established to track flagged citizens?

These are questions that civil libertarians should be asking — especially since many people who are “red flagged” will have committed no crime. They will simply be, like Anderton, people who might commit one or might be a danger to someone. (At least no one is being haloed yet.)

Dick, it should be noted, was not the first writer who saw the seeds of authoritarianism in such an approach to crime. It’s often overlooked that a form of pre-crime is detailed in 1984.

At one point in Orwell’s novel, we’re told that Big Brother’s “endless purges, arrests, tortures, imprisonments, and vaporizations” are not the result of people breaking laws. There are no laws in Oceania. These punishments, readers learn, “are merely the wiping-out of persons who might perhaps commit a crime at some time in the future.”

One of the central dilemmas of our age is this: how does a society balance the human desire to be simultaneously free and secure?

There is an understandable desire among Americans to feel safer and more secure following highly publicized mass shootings. Yet the idea that the government can prevent crimes before they happen whiffs of utopianism and could threaten individual liberty.

Americans should tread with care on the red flag issue. Laws that encroach on constitutional rights by circumventing due process to prevent crimes before they happen should probably not be passed. They certainly shouldn’t be passed lightly.

If Americans continue down the path of sacrificing civil liberties to feel more secure, they may one day find themselves living in a world that resembles the dystopias envisioned by Philip K. Dick and George Orwell more than they would have dreamed possible.