Is a Recession around the Corner? 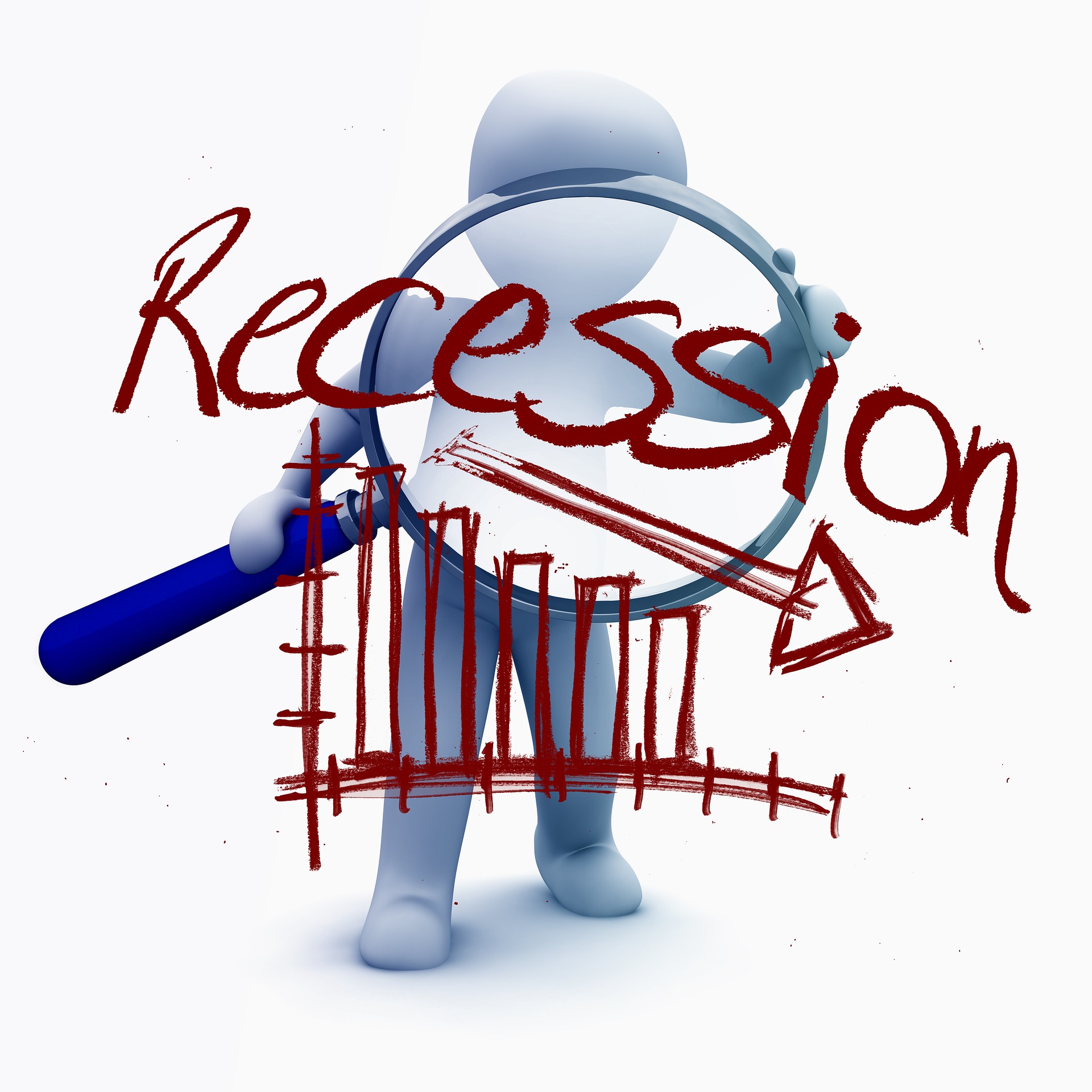 Is the US heading towards recession? That depends on whom you ask. Nobel laureate economist Paul Krugman believes the country will face an economic downturn sometime in the next two years. But the latest CNBC survey of chief financial officers shows businesses don’t expect a recession in the near future.

The dismal track record of economists should warn us to be skeptical of anyone who yells “recession” at the first opportunity. Yet, one important sign seems to support Krugman’s prediction.

This sign is the inversion of the Treasury bond yield curve. The chart below plots the percentage return each bond maturity length yields to investors over the course of a year.

In most cases, the yield curve looks like the gray lines for April 2017 and April 2018: upward sloping from left-to-right. That’s natural, because in normal times putting your money in a bond that matures in one month will give you a smaller return than in a bond that matures in 30 years. Since long-term bonds carry higher interest-rate and inflation risk, the expected return for investors should be higher.

Now look at the blue line, which shows today’s yield curve. The curve has flattened and even inverted, so that the yield of the one-month, three-month and one-year Treasury bills are higher than that of the three- and five-year.

So why are investors demanding a higher yield on short-term bonds? In short, it means they have collectively decided that there’s an extra risk to investments made around that one-to-two year time frame: the risk of recession.

This is very important, for one simple reason: an inverted yield curve has correctly predicted nine recessions since 1955, and was only inaccurate once, according to research by the Federal Reserve Bank of San Francisco.

The yield curve is such a good predictor because it shows what people with skin in the game – meaning money to lose – actually feel about the economy, as opposed to what they say publicly.

If the economic outlook is positive, investors generally move from safe investments like bonds to stocks, pushing up long-term bond yields. In this case, the yield curve will remain upward sloping.

However, if expectations are uncertain or negative, investors do the reverse, resulting in the inversion of the yield curve. An inverted yield curve thus reflects the pessimistic expectations of businesses and consumers about the future of the economy, pointing to the possibility of a coming recession.

However, economics isn’t an exact science. Only time will tell if this yield curve is a leading indicator of the next economic crisis. It’s worth considering: if a recession does come in the next year, what effect will it have on our lives, on the country? Will it change the political landscape or how you vote? Let us know your thoughts in the comments below.