The Rosetta Stone’s Hidden Lesson on Taxes and Special Interests 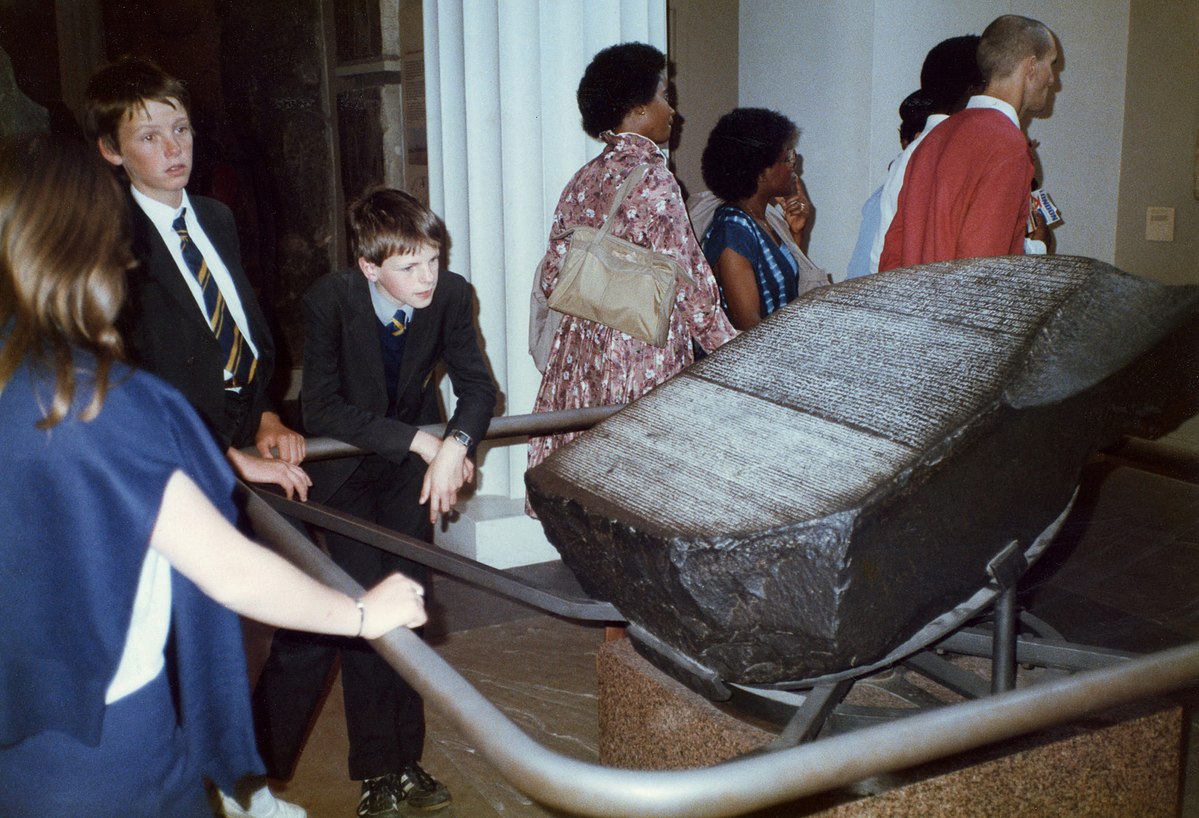 Tax season is a good time to remind us that the history of taxes tells the story of whole civilizations. What is taxed, and how much is it taxed, tells us what the rulers valued. What was exempt tells us who had the political pull to be excluded.

It is no different today. If you’re irritated about how complicated the tax system is, part of the blame rests with the code’s numerous exemptions and deductions. These complexities do not occur randomly. Each rule has an influential interest group looking to offer their loyalty in exchange for tax avoidance.

The Rosetta Stone—one of the most famous artifacts in archeology—is such an example. For all its translation value, its purpose was to secure tax-exempt status for temples. The Rosetta Stone stands today as a monument to the inevitable pressures that create a complex tax code.

The artifact’s archeological significance is well understood. The Rosetta Stone—named after the city of Rosetta where it was found—says the same thing in Greek, Egyptian hieroglyphics, and a third Egyptian script called demotic. Because Greek was known and Egyptian was not, archeologists could use the artifact to understand the countless other Egyptian writings (especially tax documents) that have survived into the present day. The Rosetta Stone is why we know so much about ancient Egypt.

But why was it written in three languages in the first place? What did it say? Why was it carved in hard black stone when much cheaper papyrus was readily available? It was all because of taxes. Charles Adams recounts the origin of the Rosetta Stone in his fascinating history of taxation, For Good and Evil: The Impact of Taxes on the Course of Civilization.

After Alexander the Great died, his generals split his empire among them, with Egypt going to Ptolemy I. In the 190s B.C.E. his descendent, Ptolemy V, faced civil war. Like so many rulers before him, the king had burdened his people with excessive taxes. Soldiers and workers rebelled, and the war raged for over ten years.

Sources painted a picture of a failed state. The state seized assets and threw tax debtors in jail. The prisons were so crowded, farms and villages were empty. The dikes along the Nile were in desperate need of repair. Flooding was rampant.

Ptolemy eventually capitulated to rebels, freeing them from prison and offering them amnesty. He ended naval conscription, forgave all tax debts, and returned confiscated property. Peace returned to the land of Egypt.

To help ensure lasting peace, Ptolemy also granted Egyptian temples tax-exempt status. This was a particularly smart move. The temples hadn’t had tax exempt status since the time of the Pharaohs, a status taken from them when the Assyrians conquered Egypt some five hundred years before the Rosetta Stone was carved. It was a point of pride on the part of priests to get it back and key to re-establishing peace.

The priests also found it quite lucrative because Egyptian temples were not mere places of worship. Temples owned vast tracts of land. Workers were exempt from the poll tax, farmers were exempt from the harvest tax, and temples paid no taxes on the offerings workers and farmers had to fork over to use the land. Much like a modern politician, Ptolemy used the tax code to placate this powerful interest group. The priests made out like bandits.

The law was one thing, but enforcement was another. To ensure tax collectors honored the temples’ new tax-exempt status, the priests put up a massive black slab of basalt, a stele that celebrated the king’s wisdom in giving the temples such wonderful tax benefits.

What’s left of that stele is what we call the Rosetta Stone. Its impressive presence essentially told prospective tax collectors: “Just so you know, we know the king said we don’t have to pay taxes, so don’t try anything.” An accompanying statue of the king added further authority; it was a setup temples probably repeated throughout the kingdom.

Nothing Is Certain but Death and Taxes and Tax Avoidance

The Rosetta Stone reflects a major investment on the part of the temples. Stela carved in stone were expensive to make and install and illustrate how valuable temples found these tax exemptions. It’s probably why the government would later use similar reprieves to placate future tax rebels and why these kinds of rules have followed us to modern times.

Multiply the Rosetta Stone a few hundred times, and you’ll get something that looks like the US tax code. Despite lawmakers 2017 efforts, US federal taxes will remain a mess for the foreseeable future. Exemptions aren’t the only reason for tax complexity, but the pressure of interest groups makes them an inevitable one. Any one distortion is a small nuisance, a mere link in a chain. But with each link, the chain grows until it binds and burdens taxpayers.

The Rosetta Stone is one of our earliest examples of a special interest using the tax code for their own benefit. How fitting that it originated from an imposing and leaden obelisk.