The Banality of the Modern Hipster 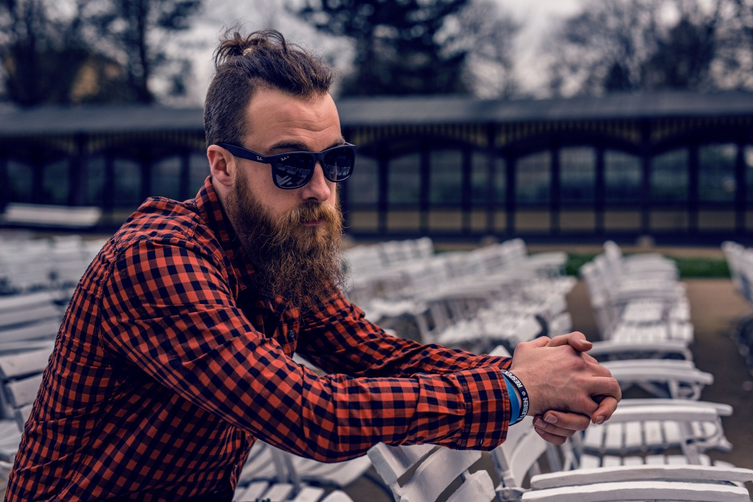 A young man caught my eye recently when he walked into a trendy café in Austin. It wasn’t his curling mustache but the fact that he was walking barefoot. This struck me as an odd choice given that it was overcast and drizzly outside. But I restrained my staid judgmental Britishness—this is America, after all, the land of the free, the home of the brave. I told myself to respect the local culture.

But my eye was once again caught when he joined a female companion at a table, also in her mid to late 20s, who proceeded to place her feet up against the wall at a ludicrous height. Not only did it look painful, it seemed like total posturing; as with the bare feet, what rationale did it serve—what did it all mean?

All I knew was that I was in the presence of hipsters, typically defined as those who follow the latest trends and fashions, especially ones regarded as being outside the cultural mainstream.

But hipsters are going much further—the mustaches, beards, tattoos, going barefoot, and all the rest—to attain what they think to be their namesake while also betraying its original meaning.

In his 1957 essay “The White Negro: Superficial Reflections on the Hipster,” Norman Mailer defined the hipster as “a philosophical psychopath.” In a 2011 article about the essay for the Mailer Review, Tracy Dahlby, a professor and the Frank A. Bennack Jr. Chair in Journalism at the University of Texas at Austin, defined this individual as the quintessential American existentialist whose role was to assault society’s fear-soaked conformity by rejecting what Mailer had called “that domain of experience where security is boredom and therefore sickness.”

That sounds like my kind of hipster, exemplifying the sort of edginess to the American endeavor that had me daydreaming as a school boy on the other side of the Atlantic about what I perceived as a fabled land of rebels and nonconformity. Non-hipsters like me, representing most of the population in any country, need such individuals to wake us from our lethargy.

So what happened to Mailer’s hipster ideal? By the time I attended journalism graduate school at the University of Texas at Austin in 2010—leading to my encounter with Professor Dahlby and his enlightening ruminations on what a hipster should entail and once did—present-day hipster incarnations were already the butt of jokes among classmates and on the likes of the TV show Portlandia. But that doesn’t seem to have put off wannabe hipsters.

Perhaps that’s not surprising. Whereas the hipsters of the 1950s had to make sacrifices and uneconomic choices to live bohemian lives, now you can have a well-paid technology job, a wonderful apartment, and keep family and friends proud all while maintaining your avant-garde hipster role.

To which you could reply, where’s the harm in that? “Live your best life”—that phrase is doing the rounds these days, and while it’s uplifting on the surface, it contains many of the same problematic elements as today’s hipster lifestyle. These include the cult of self-entitlement and self-expression over all else—especially any notion of civic compromise within the public sphere. This increasingly exerts itself as today’s rightful creed.

There’s also the harm in the conceptual confusion of equating posturing with meaningful substance, and of not realizing that such feigned efforts at rebellion actually conform to a soulless orthodoxy driven by economic imperatives and media hype.

Hipsters, like many Americans, have confused the plethora of consumer-oriented diversions and incessant internet interactions with living a wholesome life.

The result has been far from wholesome, which is why I worry for the likes of Austin. Let me make clear that I have great affection for that city and its people. Graduate school there was an enormous privilege, the place where I started to put myself back together after a personal failure of a military tour in Afghanistan that affected my decision to leave the army. The city will always have a special place in my heart.

But over the past few years, Austin has become increasingly afflicted by all things hip and dreadful. Blockhouses of condos metastasize everywhere, prices are driven up by the influx of astronomically remunerated technological jobs, and old characterful stores and family-run restaurants are closing in the face of gentrification.

Downtown Austin increasingly resembles some sort of white utopian dream, full of lots of cool people all looking very pleased with themselves and their salaries and what they can buy. But there’s a thin line between utopia and dystopia when you get right into it.

So much of the narrative that underpins how we function is centered on winning, acquiring, showing off. And it’s not good for us as we become, in the cautioning words of Hunter S. Thompson, “slaves to some bogus sense of Progress that is driving us all mad.”

In a withering takedown of the American status system in his 1983 book Class, writer Paul Fussell concluded that all is not lost. There still exists a category of citizen, like Mailer’s hipster, who is free “from the constraints and anxieties of the whole class racket…[and] can enjoy something like the LIBERTY promised on the coinage.”

Fussell illustrates the characteristics of this category of citizen by quoting the venerable English novelist E.M. Forster, who describes such non-conformists as the “aristocracy of the sensitive, the considerate, and the plucky,” those who are “sensitive for others as well as themselves, considerate without being fussy.” Forster also notes that “they can take a joke,” a fact of particular significance today, given the turgid rigidness and sour-faced insistence that passes for progressive liberalism.

Modern hipsters too often can’t take a joke because they are the joke, channeling so much energy and time from a fleeting human lifespan into such vain—literally—pursuits. My advice to today’s hipsters: strive to match Mailer’s “philosophical psychopaths”— needed more than ever—but remember G.K. Chesterton’s lesson about how “two opposite passions may blaze beside each other.”

Hence, while cutting a swath through society’s conformity, also remember the words of the ancient Jewish philosopher Philo Alexandria: “Be kind. Everyone you meet is fighting a terrible battle.”

So show respect to old people, remembering what they are nearing with each passing day; offer help to or at least smile at strangers, ask their names, show that you noticed them. Maybe even offer a prayer. It doesn’t have to be to God—though perhaps there’s something to the fact that He has been a popular option for a while—it could be to the universe’s uber-soul, the shared human tragi-comedy, whatever you want it to be, so long as you acknowledge mysteries bigger and more beguiling than yourself. No one is so cool that they are above all that.

Admittedly, none of that is particularly rebellious. But these days such behavior seems far hipper and more radical than most of the “edginess” on display. And please, keep your feet off the wall.