Looking for Springtime in an Age of Outrage 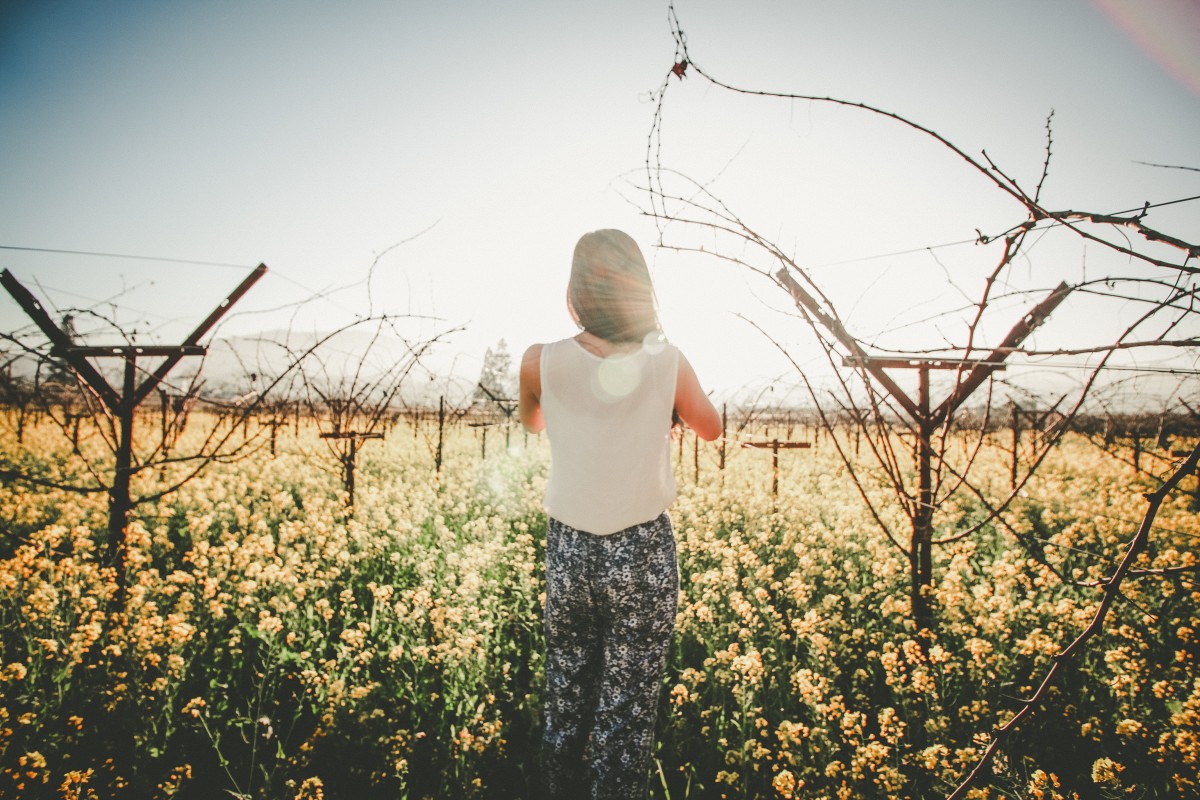 I am not a fan of talk-show radios. Too many commercials, too little charity.

Nor am I a follower of Glenn Beck. I’ve read one of his novels, The Christmas Sweater, and Miracles and Massacres: True and Untold Stories of the Making of America, but otherwise have taken little interest in Beck’s work.

So I’m not sure why I picked up his latest book in my public library. It stood on top of the New Book shelf, cover facing outwards, so perhaps the title snagged my attention: Addicted to Outrage: How Thinking Like A Recovering Addict Can Heal The Country.

As I turned some pages in Addicted to Outrage, I found Beck citing various statistics. Regarding the United States, for example, he informs readers that Americans make up only 4.4 percent of the world’s population, yet own more than 25 percent of its wealth. Of all currently orbiting satellites, 48 percent are American, and the United States is home to 68 percent of the world’s PhDs. Addressing resources, he writes that “we have enough energy to provide power to the entire planet, including projected population growth, for the next two thousand years. Doubt that last one? Google ‘TerraPower Wave Reactor.’” (I followed his suggestion, but left the site too ignorant of the science to be either a believer or a skeptic.) Beck goes on to say that “the bottom 10 percent of our population by way of wealth is still in the top 10 percent compared to the world’s population,” this in an age when every decade finds levels of world poverty being dramatically slashed.

Of positive changes in the world at large, Beck reports “the rate of children dying before the age of five has dropped by over half since 1990.” He points out the tremendous decrease in malnutrition and disease around the globe. He leaves out the impact of trade, technology, and capital on what were once regarded as third-world countries, factors that have brought hundreds of millions of people out of impoverishment.

There’s more good news from other sources. The last two years have seen jobless rates plummet in the United States. Levels of unemployment for blacks and Hispanics are at historic lows. The number of people needing food stamps has nose-dived. GDP rates in 2018 were stronger than in years.

Then there are the miracles we take as commonplace. We Americans buy oranges and grapes in January in our grocery stores. We order a book online and receive it the next day. We hit a button on a machine and send a note to Italy in a few seconds. We turn on a tap and drink water without fear of dysentery.

We have come closer to Eden, at least in a material sense, than any other generation in history.

So why all the screeching and anger? The caterwauling and finger pointing? Why are so many Americans—I refuse to believe they constitute a majority—so filled with hatred for their fellow citizens that some commentators believe we are on the brink of a civil war? Why the constant outrage?

Despite our many failings, Americans were, and in many countries, still are admired for their optimism, their can-do attitude, and their love of liberty. Long ago, I read an account of some Americans who were helping Germans escape from East to West Berlin. They drew up identification papers for these escapees and provided them with American clothes. The refugees were nearly ready when one of them said, “Before we try to cross the border, you need to teach us to walk like Americans.”

Free people walk differently than slaves. Unfortunately, liberty, like those oranges and grapes, is one more miracle we now take for granted.

For centuries, people have immigrated to this country in search of the “American Dream.” Think about it. What other nation has the word “dream” attached to its name? No outsider speaks of the “Chinese Dream,” the “Iranian Dream,” or even the “Swiss Dream,” but the entire globe knows the phrase “the American Dream.”

Yet here we are at one another’s throats, ready in some cases to raise the red flag and massacre opponents over issues needing debate and reason rather than cudgels and daggers, over offenses often so trivial that a Nigerian farm worker or a Venezuelan seamstress might find our baying and blood lust baffling and ludicrous.

In the first paragraph of A Tale of Two Cities, Charles Dickens famously wrote:

Dickens’ words are applicable to our current situation, but with one exception. Few Americans, it seems, see signs of “the spring of hope.”

Too bad. That despair is about as un-American as it gets.

The season of spring is just around the corner and will bring its usual pleasures: warmer temperatures, budding maples, tulips, and broad green lawns.

Let us hope as well that we soon find ourselves in an American spring.