Democrats Refuse to Vote for Green New Deal They Endorsed 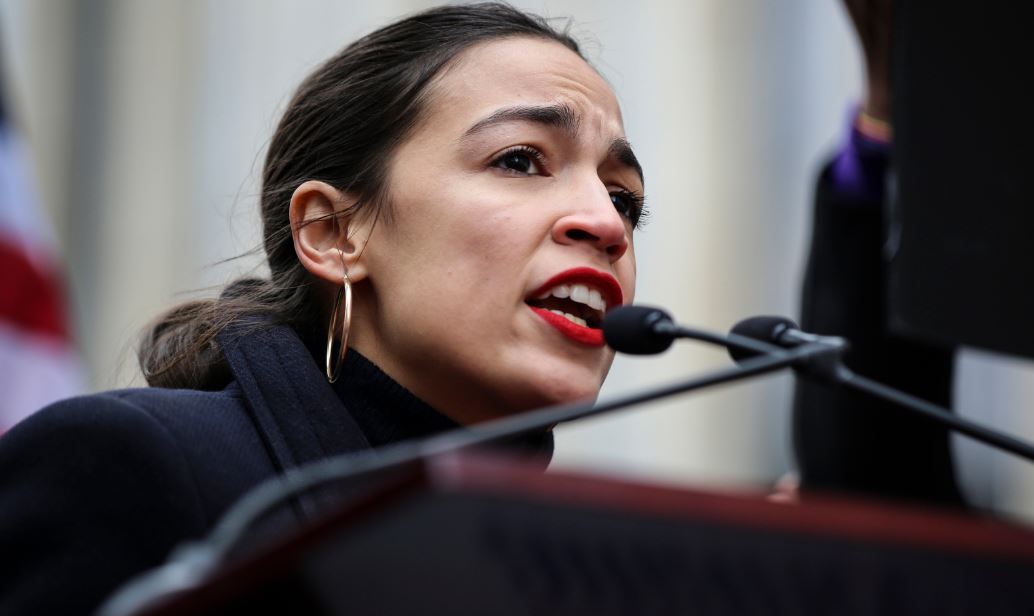 The vote was 57-0 against proceeding to debate, with 42 Democrats and one independent opting for “present.”

Among other things, the Green New Deal would require significant changes in the energy, transportation, and manufacturing industries.

“The Green New Deal is a socialist fantasy that would put the government in charge of everything from your health care to the way you heat your house,” Sen. John Thune, R-S.D., tweeted before the vote. “The American people deserve to know which [Senate Democrats] support this massive government expansion.”

All 53 Republicans voted against beginning debate on the nonbinding resolution. Sixty votes in favor were needed to begin debate.

The Green New Deal, pushed by freshman Rep. Alexandria Ocasio-Cortez, D-N.Y., and introduced in the form of a nonbinding resolution Feb. 7, would, among other things, “phase out conventional fuels (that is, oil, natural gas, and coal) by 2030 … ; implement a federal jobs guarantee; retrofit all U.S. buildings; overhaul transportation with high-speed rail; and provide universal health care,” Heritage Foundation scholar Lee Edwards wrote in a recent commentary.

We set a goal to get to net-zero, rather than zero emissions, in 10 years because we aren’t sure that we’ll be able to fully get rid of farting cows and airplanes that fast, but we think we can ramp up renewable manufacturing and power production, retrofit every building in America, build the smart grid, overhaul transportation and agriculture, plant lots of trees and restore our ecosystem to get to net-zero.

The legislation would fail to significantly reduce the earth’s temperature, according to a report from Nick Loris, an economist who focuses on energy, environmental, and regulatory issues at The Heritage Foundation.

Senate Majority Leader Mitch McConnell, R-Ky., said in February that he wanted to call a vote on the Green New Deal to put members of the Senate on record.

“I’ve noted with great interest the Green New Deal, and we’re going to be voting on that in the Senate to give everybody an opportunity to go on record,” he said.

In an interview Friday on NBC’s “Late Night” with host Seth Meyers, Ocasio-Cortez said the Green New Deal encompasses everything she thinks should be policy goals for Congress to enact.

“If we’re going to make progress, we need to declare our North Star, and our North Star is 100 percent renewable energy. It’s Medicare for All. It’s tuition-free public colleges. It’s investing in technology and renewable resources,” she said.

Prior to the vote, many leading Democratic senators had come out in support of the Green New Deal.

An aide to Sen. Elizabeth Warren, D-Mass., told Axios in January that she “supports the idea of a Green New Deal to ambitiously tackle our climate crisis, economic inequality, and racial injustice.”

Warren’s fellow Massachusetts Democratic senator, Ed Markey, a sponsor of the bill, tweeted his support Tuesday afternoon ahead of the vote.

“Instead of confronting the generational challenge of climate change, Senate Republicans just want to make a mockery of the #GreenNewDeal,” he said. “Because they have no plan to fight climate change.”

Sen. Kamala Harris, D-Calif., also seemed to tweet support for the Green New Deal on Tuesday afternoon ahead of the vote, without citing it by name.

“Senate Republicans are playing political games with climate change,” Harris tweeted. “We should not be wasting our time with fake votes & cynical stunts. The Republican majority must stop denying science and finally admit that climate change is real. Time is not on our side.”

In January, Sen. Kirsten Gillibrand, D-N.Y., referring to the Green New Deal, told the liberal Pod Save America podcast that “the platform of it is really exciting,” and in February, Sen. Cory Booker, D-N.J., compared the Green New Deal to the effort to send a man to the moon. Sanders has said he is “proud” to be an original co-sponsor of the legislation.

Senate Minority Leader Chuck Schumer, D-N.Y., chided McConnell for forcing a vote on the Green New Deal. “I challenge Leader McConnell to say that our climate change crisis is real, that it’s caused by humans, and that Congress needs to act,” Schumer said in February. “This is what two-thirds of the American people agree with.”