Class Struggle and the End of Identity Politics

As the Democratic party in the United States gears up for the 2020 presidential campaign, and a host of candidates announce their entry into the fray, some have observed a (class?) struggle between what might be called the Old Left (the sort of democratic socialism associated with Bernie Sanders) and the New Left (the identity politics of a new generation of progressives).

Is the identity politics of the New Left an extension of the old Marxistic dialectic of class struggle or is it something new that actually undermines the foundations of the Old Left?

Perhaps both. (How’s that for thesis/antithesis/synthesis?) 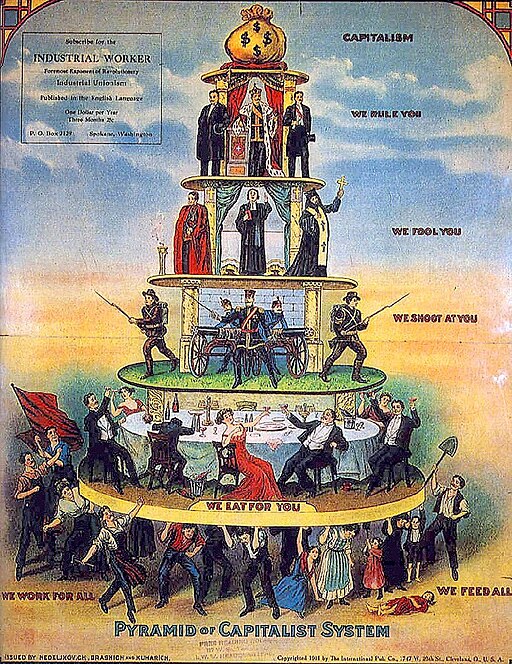 In his book Republocrat, Carl Trueman explores the dynamic between the Old and New Left within the context of “liberation.” It turns out that once one focuses on liberation from material deprivation and oppression within the rubric of class struggle, it may not be so easy to stop the progress of liberation with economic phenomena. As Trueman puts it, “Here lies the heart of the problem of the New Left: once the concerns of the Left shifted from material, empirical issues—hunger, thirst, nakedness, poverty, disease—to psychological categories, the door was opened for everyone to become a victim and for anyone with a lobby group to make his or her issue the Big one for this generation.” People seem to want to be liberated in epiphenomenal terms, too.

Of course there are limits to what is politically and practically possible. Herman Bavinck, the late, great Dutch Reformed theologian, already identified the limits of class struggle as well as identity politics in 1912. Bavinck aptly summarizes the complexity of reality from a Christian perspective, which both belies the economistic materialism of the Marxist dialectic of class struggle and the runaway individualism of identity politics:

Current society displays in every respect the greatest inequality and the richest diversity, far greater inequality and diversity than its opponents usually imagine. For they divide society actually into only two classes: the filthy rich and the dirt poor, the superpowerful and the powerless, the abusers and the abused, tyrants and slaves. But the real society, the society that lives and breathes, does not look at all like that; the diversity is far greater, so great that no one can form a complete picture of it. The filthy rich constitute a very small minority, and of these people, membership along a continuum proceeds down to the bottom not by a big leap but rather in terms of a gradual slope in various degrees and in various stages. Within society, there is not only an aristocratic class, but also an academic class, a merchant class, a manufacturing class, a middle class, a retail class, a skilled laboring class, and a laboring class. Among each of those classes there is again endless movement: there are large, average, and small merchants and retailers, and the number is by no means small of business owners who carry a far heavier load than many an employee and laborer. The misery of society is not that classes exist according to the vocations and enterprises that are practiced, but that the classes are forcibly turned upside down and that people who are torn from these social connections are then, contrary to all reality, divided into two classes, in terms of which only outward property, apart from all enterprise, serves as the measure.

Bavinck observes that this diversity and inequality is, to a certain extent, embedded by God in the order of creation. The family is the model and basis for all social development and differentiation. But once we recognize the organic diversity of all human social life, we have to recognize the dignity of the individual person created in the image of God and called by God for a unique purpose in this world.

When these fundamental realities are weaponized for partisan politicking, the bonds of society begin to dissolve. That’s in part what we’re seeing in political and (un)civil discourse in America today. Identity politics takes the organic diversity of society and absolutizes it, crystallizing it ultimately into an intersectional individualism.

The end of identity politics is that you end up in a class of one. And that has always been a very vulnerable (and poor!) class to be in.