Ted Bundy and the Banality of Evil 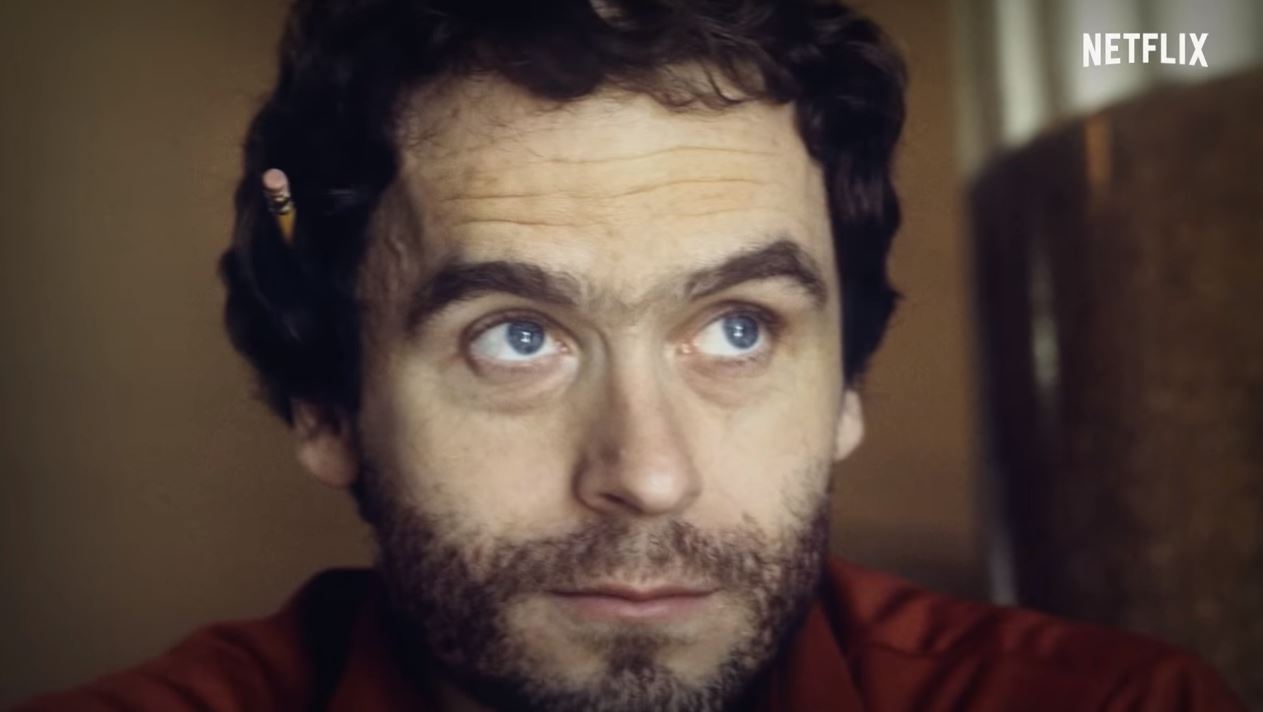 A Facebook friend recently asked why people have an interest in serial killers. It’s a valid question and I don’t think she was posing it rhetorically. There must be a reason why audiences are drawn to shows like Netflix’s new four-part docu-series Conversations With A Killer: The Ted Bundy Tapes. It’s quite an emotionally draining commitment to sit down with both Bundy himself and figures associated with his crimes for over four hours and rehash one of the most unsettling moments in recent American history. What do we come away with? What makes that “worth it”?

I think the short answer is that we come away with nothing. Whether or not that makes for a useful experience depends in large part on the moral seriousness of the creators. In the case of The Ted Bundy Tapes, they pull it off. The show threads a precarious needle, avoiding both the lurid vapidness of gawking at the details of Bundy’s crimes and the temptation to create an embellished counter-history that over-explains the events themselves. What we have instead is a series that conveys the relevant facts, offers touching interviews, and gives us what’s almost a period piece about the media and police operations in the 1970s. We meander through the story, disgusted and unsuccessfully looking for something that might explain the great void of meaning at the center of its events. We learn much, but we’re never quite able to articulate the nature of Bundy’s evil. This is as it should be. Silence is a strength of the series.

Most people have at least a vague notion of who Ted Bundy was and what made him stand out from the other serial killers active in the same decade: his purported “charm” and handsomeness. He was a brutal killer who raped and murdered at least 30 women across six states and was able to get away with it for so long simply because he didn’t fit expectations of what a monster looks like. “He was one of us,” as an acquaintance from his days in Utah says in the documentary. And on paper, that seems true.

Theodore Bundy was born in Vermont in 1946 and lived by all accounts a fairly normal suburban boyhood in Tacoma, Washington, one filled with sandlot baseball, frog catching, and Boy Scout camp. Sure, there might have been a little economic stratification among his friends (Bundy’s sister claims they were among the “have nots” on the block), but nothing about his upbringing seems especially dark. He went to college, attended law school, dated women, and was involved in state politics. He might have seemed a little awkward sometimes, maybe a little overly eager to fit in, but that could describe many who don’t then go on to terrorize sorority girls. We expect a wild man jailbird like Manson or a creepy clown like John Wayne Gacy to hurt people. But someone who could be our coworker? It’s this incongruity between appearance and act that The Ted Bundy Tapes focuses on, pulling us into its paranoid field of gravity while at the same time giving us something to focus on as Bundy’s depravity sends us into a moral vertigo.

The Ted Bundy Tapes is more usefully formatted than most recent entries into the popular crime documentary genre, and focusing on Bundy’s reputation as a suave, silver-tongued “normal” guy is only a part of it. The series successfully avoids two of the major pitfalls of true crime: focusing too much on the lurid details of the crimes on the one hand, and projecting to much meaning, too much coherence, into the motives of the perpetrator on the other. By relying heavily on journalist Stephen Machaud’s more than 100 hours of taped conversation with Bundy while he was incarcerated at Florida State Prison in 1980, the show is able to jump chronologically from the guilty and imprisoned Bundy backwards through his life. It does this without having to invest too much of the viewer’s energy in either the incremental progression of the horror of his crimes or the post-game analysis. As soon as we reach a point with the jailed Bundy where we feel almost claustrophobic from sitting so long with his disgusting personality and wearisome insecurities, we’re thrust backwards into either a manhunt or trial. It’s a good rhythm for the series to move in, and sticking with it avoids the vapidity of morbid titillation. It also avoids the issue that plagued Netflix’s Making of a Murderer, of having real human suffering “presented as mysteries, as potential travesties of injustice, as catnip for Reddit sleuths, as elegant campfire tales of prestige ambiguity,” as Rob Harvilla wrote for The Ringer.

Why are people interested in serial killers? One reason might be the epic courtroom trials their cases provide, and Bundy’s was more interesting than most. After being arrested in Utah for attempted kidnapping, and then extradited to Colorado for murder, Bundy escaped by jumping out the window of a second-story courtroom library. He turned himself back in a little under a week later. Then he escaped again, through a hole in the ceiling of his cell, and went on the lam. Two weeks later, he was arrested in Florida under a fake name and for weeks refused to give the authorities his real name. We the audience know that he’ll eventually be found out and convicted—we’ve been listening to the Michaud tapes, after all—but there’s a real tension resulting from the various law enforcement entities being unable to connect the dots of Bundy’s crimes.

In some sense, The Ted Bundy Tapes is as much about the strides that law enforcement officials have made in understanding, detecting, and catching serial killers as it is about Bundy himself. Police officers in Washington are looking for a killer matching Bundy’s description. Colorado and Utah officials are looking for an escaped Bundy. Florida police are befuddled by a man who refuses to reveal his true identity. There’s almost zero forensic evidence tying Bundy to the murders and what little police departments do have is useless without the kind of cross-talk that we take for granted in contemporary law enforcement. “This was before the Internet,” a Washington detective explains with a little sadness in her tone.

Bundy’s identity was eventually revealed and he stood trial in Florida for the murder of two Florida State sorority sisters. Trials are interesting in their own right, but they also have a lot to say about the spirit of the moment. Think, for instance, of Sacco and Vanzetti or O.J. Simpson. Bundy’s trial, according to the documentary, was the first court case in America to truly be a televised media frenzy. Oddly, the judge allowed Bundy to act as co-counsel and head his own defense. It made for good content. The occasionally suave, if a little arrogant and vapid, white-collar, middle-class man defending himself was compelling television. And in another first, the case seemed to be brought to a head by dental forensic work (Bundy’s bite marks were matched with the tooth indentations left in the body of one of his victims), which went a way towards sealing Bundy’s fate. He was found guilty on both counts and sentenced to death. And in yet another first, he assisted the FBI in developing the methodology of profiling serial killers after his incarceration.

Near the beginning of the documentary, Michaud admits that his interactions with Bundy seemed fruitless at first because Bundy lacked the will as much as the ability for introspection. And then Michaud had a breakthrough: “I’d make him an expert witness to his own crimes.” Simply put, they’d talk about them in the third person. This is when Bundy truly opened up, if you can call it that, describing the psychological processes and practical methodology of a killer. One of Bundy’s defense attorneys categorized their conversations as having been “vapid,” and these tapes are no exception. Again we sense the great incongruity between the banal psychological descriptions of Bundy’s thought processes and the visceral evil of the crimes themselves. Bundy himself can’t penetrate beyond the obvious. But neither can we. Revelations that he discovered his illegitimate birth when he was a child, that he was into pornography, even a diagnosis of manic depression, all fall flat. They don’t seem to explain anything. As Michaud says, “If you can project yourself into the mind of a sociopath, the more power to you. It’s a point of pride for me that I can’t.”

But Michaud wasn’t talking about Bundy’s mind. Not really. Bundy’s mind, like everything else about his personality, was anodyne. Michaud really meant that we struggle to understand evil, which, by its very nature, resists coherence. With this in mind, it’s easy to say that the failure of this documentary to fully “explain” Bundy is its success. It avoids shallow pretensions to psychological revelation. There’s no lurid gawking (honestly, you can find more macabre descriptions of Bundy’s crimes on his Wikipedia page than in the documentary). There’s just an accumulation of facts and a narrative thrust provided by those who were sucked in to Bundy’s evil orbit. It’s a testament to the show’s moral vision that we’re left without a false sense of resolution. There’s no there there, and that’s exactly the point.

Scott Beauchamp’s work has appeared in the Paris Review, Bookforum, and Public Discourse, among other places. His book Did You Kill Anyone? is forthcoming from Zero Books. He lives in Maine. This article has been republished with permission from The American Conservative.