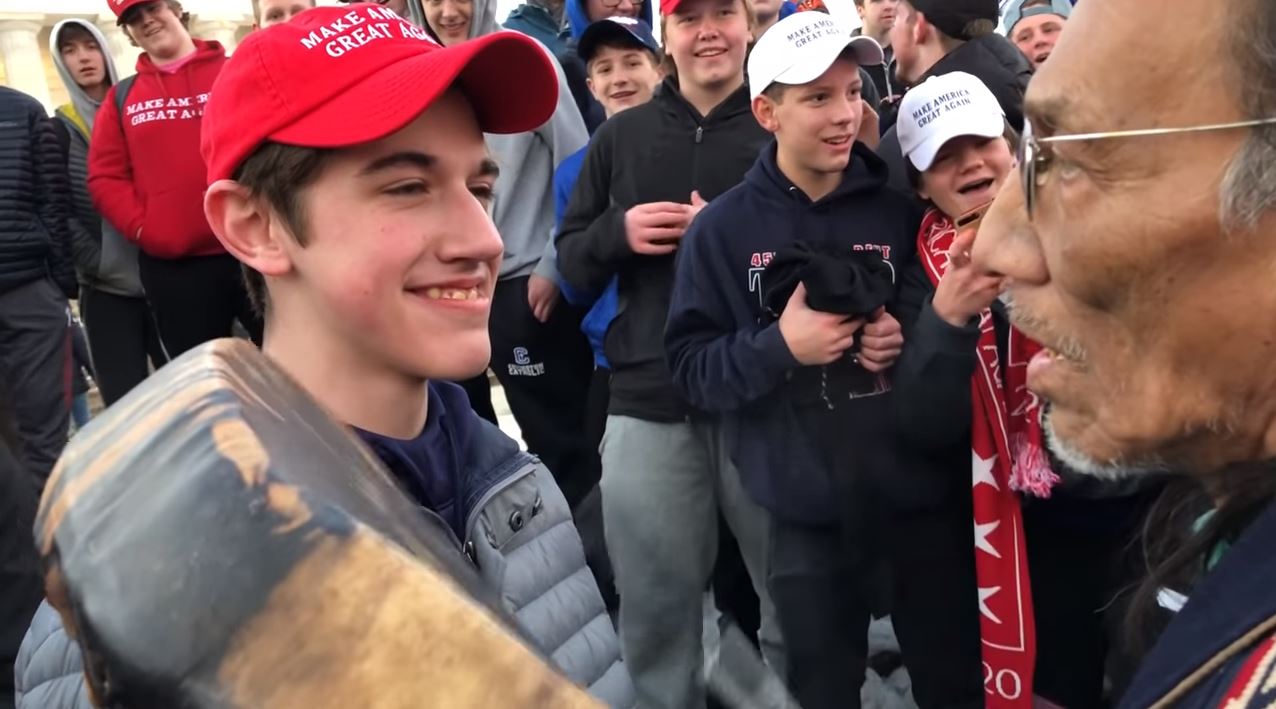 A report that examined the January encounter between students from Covington Catholic High School and a Native American activist near the Lincoln Memorial in Washington found “no evidence” of “offensive or racist statements.”

“We see no evidence that students responded with any offensive or racist statements of their own,” the report dated Feb. 11 from the detective agency Greater Cincinnati Investigation read. The report was commissioned by the Catholic Diocese of Covington, which is in Kentucky.

Nick Sandmann and other students of Covington Catholic High, who were in Washington to attend the March for Life in January, faced harsh criticism in mainstream and social media based on a video showing a portion of their encounter Jan. 18 with Nathan Phillips, 64, on the National Mall.

“The immediate world-wide reaction to the initial video led almost everyone to believe that our students had initiated the incident and the perception of those few minutes of video became reality,” wrote Bishop Roger Foys of the Covington Diocese in a letter earlier this week.

“In truth, taking everything into account, our students were placed in a situation that was at once bizarre and even threatening. Their reaction to the situation was, given the circumstances, expected and one might even say laudatory,” Foys added.

In the video of the encounter, Sandmann and some of the other boys are wearing red “Make America Great Again” caps. Sandmann stands smiling, facing Phillips as he beats a hand drum and chants just inches away.

Sandmann said his group was verbally attacked by some in a group called the Black Hebrew Israelites.

“We found no evidence of offensive or racist statements by students to Mr. Phillips or members of his group,” the report stated. “Some students performed a ‘tomahawk chop’ to the beat of Mr. Phillips’ drumming, and some joined in Mr. Phillips’ chant.”

The report concluded with a statement that the firm had not been able to get in touch with Phillips.

“Mr. Phillips’ public interviews contain some inconsistencies, and we have not been able to resolve them or verify his comments due to our inability to contact him.”