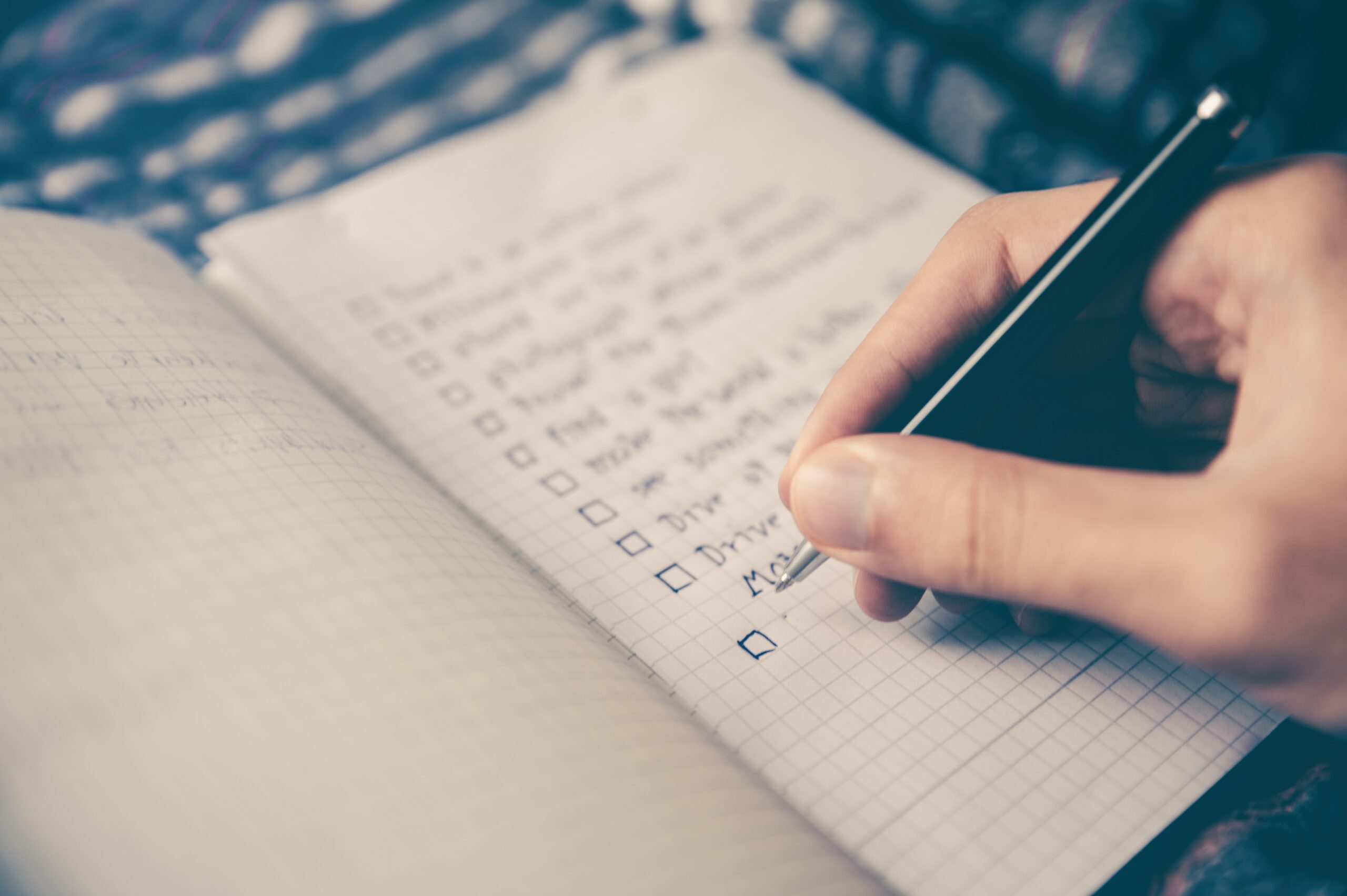 “Relationshopping” is when you hunt for the perfect partner as if people were products. Online dating, now used by almost 40 percent of Americans who are “single and looking,” might be normalizing this tendency. Often aided by search filters, potential daters seek the perfect combination of attributes rather than focusing on the experience of being with a person.

Relationshopping might work if people knew themselves well, but research indicates the contrary. In recent years, psychologists, economists and neuroscientists alike have found that decisions are largely driven by emotion. Furthermore, in the steady, logical environment in which we anticipate our decisions, people struggle to account for visceral drives such as excitement, hunger and sexual arousal.

Psychology researchers like me call this the “hot-cold empathy gap.” This distance between our predicted behaviors in a cold, rational state and our actual behaviors in a hot, aroused state, explains why people often don’t do as they say. It might explain, for example, why you swore you’d stop eating cookies for the New Year – and you really meant it – but then went and ate a dozen (they just smelled so good!) when your colleague brought them to work.

In the cold state, it’s easy to forget about the power of emotions. Given the strong and complex feelings involved, you may be prone to the empathy gap in the search for the perfect partner.

Studies have documented the hot-cold empathy gap in an array of behaviors, including young men’s failure to use condoms in the grip of sexual arousal and people’s inability to empathize with social suffering unless they feel a similar pain themselves.

Psychology researchers are now turning to the hot-cold empathy gap to understand why the attributes that people say they want in a romantic partner often differ from the attributes they actually choose in real life. Speed-dating studies provide an ideal venue for examining this question: Researchers are able to compare people’s reports of what they want to their decisions about whom to date. 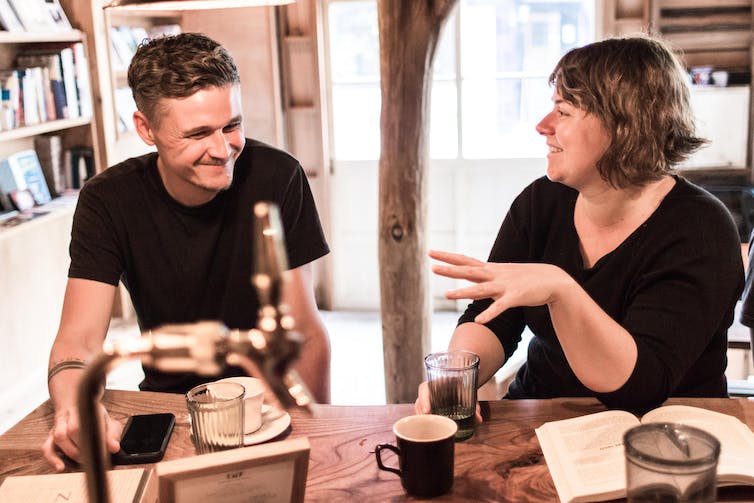 Who you think you’re looking for gets forgotten when you click with someone in person. Takafumi Yamashita/Unsplash, CC BY

In one speed-dating study, college students’ reported preferences in a partner showed typical gender differences. Women preferred wealth more so than did men, and men preferred beauty more so than did women. When these same participants speed-dated, however, there were no gender differences in preferences for wealth and beauty. Furthermore, participants’ self-reported preferences did not predict whom they offered a date to in the speed-dating event.

In another study, men found more intelligent women to be more desirable in hypothetical situations, but less desirable if they actually interacted with them in a live scenario. These findings might be accounted for by people’s failure to account for their emotions – like excitement inspired by beauty or inadequacy aroused by a smarter woman – in the presence of a potential partner. In the heat of the moment, emotions may override preconceived notions about what you desire.

Although some of the current research may make it seem like “hot” states lead people astray in love, there may be a brighter side to them. Currently, ethnic preferences in dating are common, even among highly educated circles. Interested in understanding the match between stated and actual ethnic preferences, I conducted a speed-dating study of young Asian-Americans, who may approach love more practically due to a cultural emphasis on meeting their family’s expectations rather than following their own desires. Thus, Asian-Americans may not not show the empathy gap in dating if they strongly prioritize their cold list of parent-approved attributes over any hot emotions of their own.

Unsurprisingly, the Chinese, Vietnamese, Korean and Filipino American participants told me in advance that they most preferred dating within their own group. Their speed-dating decisions, however, did not reflect their stated preferences. Speed-daters weren’t more likely to want to see partners of the same ethnicity again. Perhaps in person, they were too overwhelmed with desire to consider the negative social consequences, such as parental disapproval, of dating outside their ethnicity. The visceral experience beat out the logical checklist again. 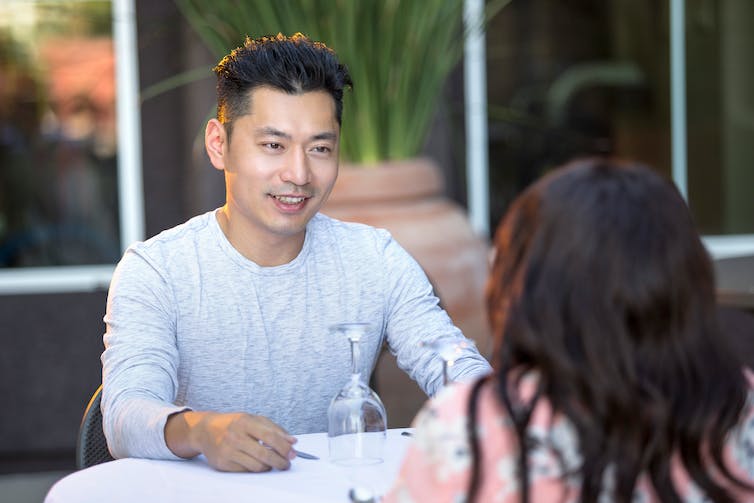 You can enter dating situations with your eyes open, aware of the hot-cold empathy gap. Rommel Canlas/Shutterstock.com

How to jump beyond the gap

With knowledge of the hot-cold empathy gap, finding a partner might seem even more intimidating. There are, however, some things you can do to bridge the gap between your hot and cold states and hopefully come closer to finding love.

First, understand your own biases, so you can then account for them. How? Ask others. Research suggests that people easily identify others’ bias, but not their own. Another method is to put yourself in the “hot” state, and reflect, at that moment, on what you’re really drawn to in a person. In one study, researchers induced social rejection in teachers – only in this condition did teachers start to truly understand the pain experienced by bullied students.

Once you identify them, you may want to avoid some of the decisions that you make in your “hot” states. So another tactic is to remove yourself from undesirable situations. For instance, maybe you’re attracted to “bad boys” or “bad girls.” Knowing the power of emotions, stay away from places you might meet one, perhaps having friends or family hold you accountable.

Then be reasonable in your expectations. Carefully go through your “cold” checklists of desired qualities in a potential partner and consider removing superficial ones. All those criteria might not matter as much as you think when it comes to falling in love. Consider whether you’re ruling people out unnecessarily based on ideas of what you should desire.

Too many options can mean never being happy. Rather than always searching for the next best thing and “relationshopping,” researchers suggest that people should try “relationshipping” – developing a healthy partnership through mutual time and effort. This doesn’t mean settling down with just anyone. Look for someone who is willing and able to invest the blood, sweat and tears necessary for a successful relationship.

As easy as it is to blame our emotions for “irrational” decisions, people should celebrate emotions as well. At times, “hot” emotions steer people in a more positive direction, perhaps making them care less about the ethnicity or earning potential of potential partners. Emotions serve an important evolutionary purpose, spurring us into action. They push us to help each other, to bond and to take the leap of faith needed to find and build love, sometimes in places we least expect.