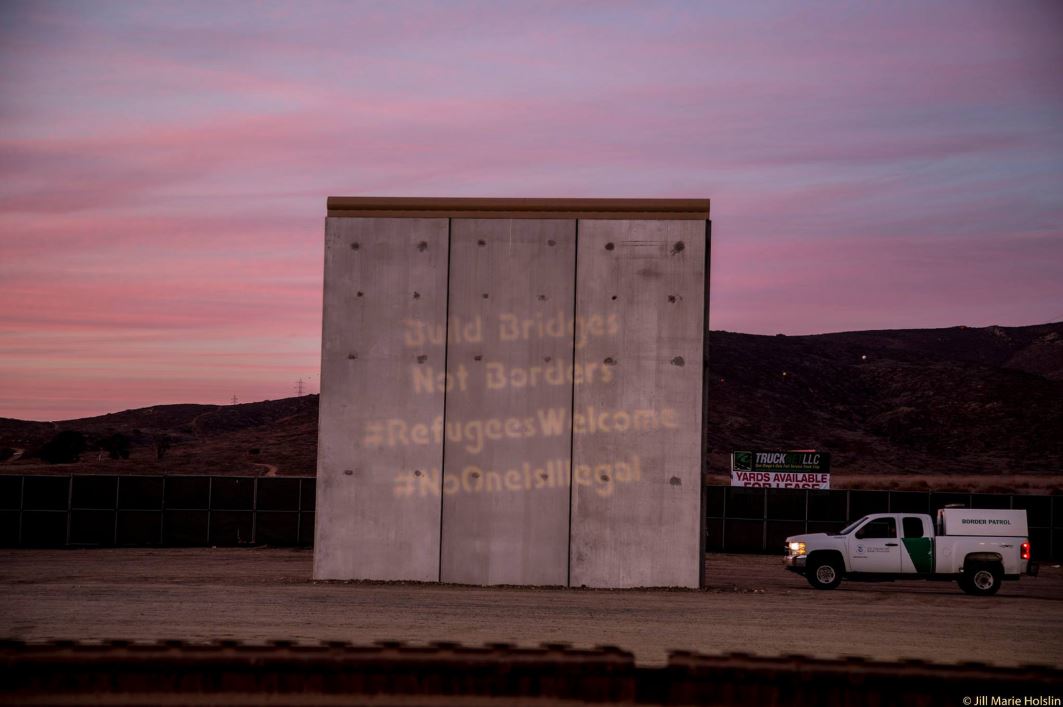 Remember the old acronym WWJD? It stood for “What Would Jesus Do?” and was adapted to any number of public figures, one of whom was the late Senator Paul Wellstone (WWWD).

I’d like to propose a new acronym in the same vein: WWCW. Yes, WWCW does translate to “What Would Chesterton Write.”

Given that, W(hat) W(ould) C(hesterton) W(rite) about the hot button issue of immigration? He never wrote a treatise on the subject. Nonetheless, it is possible to bring some Chestertonian thinking to bear on this highly contentious matter.

In Chesterton’s view, a creed was both broad and narrow. The creed contained in the Declaration of Independence was broad because it presumed that anyone could be—or become—an American. And yet at the same time it was narrow in that it stipulates just what an American is.

When Chesterton applied for a passport to visit the United States he had to fill out a form which asked first if he was an anarchist and then if he was a polygamist. Before answering either question he turned to the next line which asked if he favored overthrowing the American government “by force of arms.”

That question provoked a typical Chestertonian response. He claims to have written that he didn’t know, but preferred to answer such a question at the end of his journey rather than at the beginning.

Upon reflection, Chesterton concluded that questions about one’s commitment to anarchism or polygamy were quite reasonable, if not effective in ferreting out those who hold such views.

Why reasonable? Because there was no such thing as an “American type,” the country might rightly decide to try excluding “anarchists and polygamists”—and precisely because the country would not automatically exclude “Slavs and Turks.”

Chesterton loved and respected the melting pot metaphor. But he saw it as much more than a metaphor. In his book, What I Saw in America, he reminds American readers that the metaphor presumes the obvious, namely that people of very different backgrounds could come to America, jump into that ever-stirring pot, and gradually become Americans.

Today the preferred metaphor is not America as a melting pot, but America as a salad bowl. We may or may not be all mixed together, but in many ways, we are not one. This is modern multiculturalism. It could also be a recipe for balkanization. The bowl won’t melt, but it might break.

When Chesterton visited the United States in 1921, the American elite confidently embraced the idea of a melting pot, to the point that many, including Theodore Roosevelt, railed against “hyphenated Americans.” The American elite of today, on the other hand, places much more confidence in its own virtue and virtue-signaling than in the virtues of the American founding or of an American creedal identity. As a result, this elite is far more inclined to enforce multiculturalism than Americanism.

Chesterton’s chief complaint about the “Cosmpolitans,” his name for the British elite of his day, was that their first loyalty was not to their country or its people. Instead, their chief loyalty was to some version of internationalism, whether it be imperialism or pacifism or to each other, no matter where they happened to reside.

In the midst of one of his debates with Cosmopolitan George Bernard Shaw, Chesterton defended the common working-class man, and Shaw responded by saying, “The only feeling I have for the English working man is a desire to abolish him and replace him with someone sensible” (meaning someone who would agree with Shaw).

A replacement much like the one Shaw envisioned has been taking place in Europe, and to some extent in the United States as well. But the sensibleness of this policy remains very much in doubt.

Chesterton, the anti-Cosmopolitan, would never have presumed to tell Americans how many immigrants should be permitted to enter the country during any given year. Nor did he ever have occasion to express an opinion on the usefulness of walls to keep people out.

That said, he did like walls and boundaries, not to keep people in or out, but to better assure the freedom, confidence, and happiness of those within.

He also worried about the power of cosmopolitans, who sought to tear down walls, literally or figuratively. Two particular types concerned him. One he labeled Hudge (who advocated for bigger government) and the other was Gudge (who promoted bigger business). Rather than being antagonists, they were often in league with one another.

Today the Hudges favor open borders (the better to obtain cheap votes and more power), while the Gudges support open borders (the better to obtain cheaper labor and greater profits). Neither the Hudges nor the Gudges care much about the state of the country or the state of the family within it. For that matter, neither cares much about the melting pot, whether that be the melting that is not occurring within it or the melting of the pot itself that is taking place.

Were Chesterton alive today he would find much to worry about in dealing with the consequences of an increasingly borderless world. Still, he would defend both the broadness of the American creed and the idea that the creed and the country should be one. He would also defend—and praise—borders, and perhaps even walls, in the name of restoring the oneness that is eluding us.