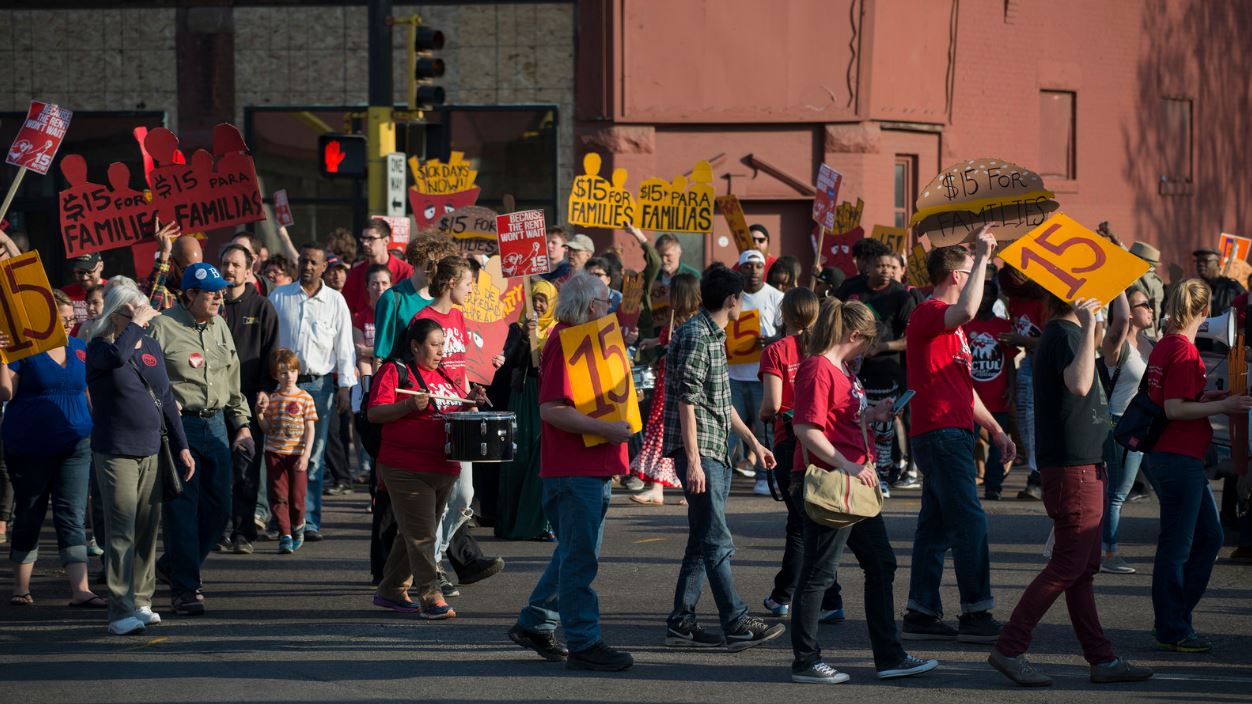 Companies that moved from California to Virginia to escape taxes and red tape are in for a surprise. Virginia now is moving towards mimicking California’s economic mistakes, such as costly labor and employment regulations that wipe out hundreds of thousands of jobs.

In 2020, the Virginia legislature is likely to join the liberal bastions of California and Massachusetts in imposing a $15 minimum wage. Yesterday, the Virginia State Senate narrowly voted not to adopt a $15 minimum wage, in a 21-to-19 vote along party lines. But every single Democrat in the State Senate voted to double the minimum wage to $15. All the Republicans voted against it, calling the increase too big and too radical.

Most economists say that a $15 minimum wage is a bad idea that will drive up unemployment. For example, an economist at Moody’s calculated that up to 160,000 jobs will be lost in California’s manufacturing sector alone from the increase to $15.

In this year’s election, Democrats are overwhelmingly favored to take over the State Senate, because they only need to pick up one seat to take control of the chamber — and it is almost certain they will pick up at least one seat, and perhaps as many as four seats. One Republican in a district carried by Democrats in national and statewide races is not running for reelection (Richard Black). And three other Republican State Senators — but no Democratic State Senator — sits in a district carried by the opposing political party in the 2016 presidential election. Virginia’s Democratic Governor, Ralph Northam, endorsed a $15 minimum wage in the 2017 election, to fend off a primary challenge by a candidate further to his left.

An analyst also gives the Democrats a 75% chance of picking up the other chamber of the Virginia legislature, giving them total control of Virginia’s state government. Virginia’s House of Delegates is currently split 51-to-49 in favor of Republicans. Democrats are favored, due to factors such as (1) court-ordered redistricting; (2) an influx of liberal voters; and (3) the incredible unpopularity of Donald Trump in Virginia.

So next year, the $15 minimum wage will likely be passed in Virginia by the new liberal-dominated legislature. This will result in huge job losses in rural and southern Virginia. The Senators who voted for it are not the ones who constituents will suffer most from the increase, in terms of job losses, price increases, or localized economic depressions.

Virtually all of the State Senators who voted for the wage increase are in densely-populated areas where wages and living costs are high, and most people are already paid far more than even a high minimum wage.  Most of the State Senators who voted against it are from sparsely-populated, low-living-cost areas where many employers can’t afford to pay a $15 wage to all their employees, much less to unskilled workers who provide less value to their employer.

As the Richmond Times-Dispatch reported, the average wage in places like Amelia is only around $15 per hour. So a $15 minimum wage would require employers to pay unskilled new hires as much as they currently pay skilled long-time employees. Employers simply could not do that, especially in low-living-cost, low-wage areas that are not wealthy. So increasing the minimum wage to $15 per hour would wipe out countless jobs. A couple each making $12 per hour can support a family in low-living-cost rural areas of Virginia, so it is hard to justify forcing employers to pay newly-hired employees more.

Liberal politicians have admitted that these radical increases in the minimum wage make no economic sense, even if they make for a moralistic political soundbite. In signing California’s $15 minimum wage into law, California’s Jerry Brown said that, “Economically, minimum wages may not make sense. But morally, socially, and politically they make every sense.”

Liberal voters often feel the same way. That is illustrated by a recent poll of California’s Democratic-leaning electorate. The liberal Los Angeles Times reports that “Californians strongly back the state’s minimum wage increase to $15,” even “though they believe the wage hike will hurt their pocketbooks and the state’s economy,” and “high percentages of those surveyed expected negative consequences, including layoffs and business relocations to states with lower minimum wages. Almost 90% of respondents believed that prices for consumers would rise because of the wage hike.”

By advocating minimum wage hikes, people get to signal their own political virtue — at the expense of other people’s jobs. The Washington Post’s Lydia DePillis, a booster of the minimum wage increase, says that the “$15 minimum wage sweeping the nation might kill jobs — and that’s okay.”

Liberal politicians who understand economics privately harbor misgivings about minimum wage hikes, which increase unemployment most among youth and African-Americans. (As the black economists Walter Williams and Thomas Sowell have noted).

But they often publicly support minimum wage hikes anyway. Why? To fend off primary challengers to their left, or to use as a wedge issue in the general election.

In 2016, the Democratic Party platform proposed increasing the minimum wage to $15 — even though such an increase would wipe out many jobs, as Hillary Clinton once admitted. As the progressive web site Vox put it, “Hillary Clinton knows a national $15 minimum wage is a bad idea. She endorsed it anyway.” She did so to fend off a primary challenge from Bernie Sanders, the Democratic Socialist Senator from Vermont.

Job losses from minimum wage hikes reduce state revenue. Meanwhile, much of the benefit of the wage hike to low income workers who manage to keep jobs at the increased minimum wage is lost due to increased federal taxes and reduced federal earned-income tax credits and food stamps. As Henry Schmid notes, “the tax implications of going from a $10- to a $15-an-hour minimum wage” are fiscally “very significant. For a family of four with both spouses making the minimum wage, their federal tax will increase from $4,106 to $7,219, payroll tax will increase from $2,579 to $3,869, their earned-income tax credit (EITC) will be reduced from $596 to zero . . . and the $2,400 food-stamp credit will be lost. Of the $20,800 increase in income in going from $10 to $15 an hour, $7,778 will be diverted to the government, which doesn’t include loss of other income-dependent government welfare programs and added costs due to the resulting inflation. Over one third of the wage increase will flow to the [federal] government.”

The net result is that an economically-struggling town with lots of low-wage workers tends to have less disposable income, and less consumer purchasing power (meaning fewer retail jobs) after a minimum wage hike than before. Increasing the minimum wage is an anti-stimulus package that increases poverty and cuts home values in such towns (since no one wants to buy a home in a town where they can’t find a job).

So Virginia could end up like California (in terms of anti-business legislation), but without California’s good weather and delightful scenery (which helps keep business owners there despite high taxes and lots of government red tape).