The War Over ‘Toxic Masculinity’ 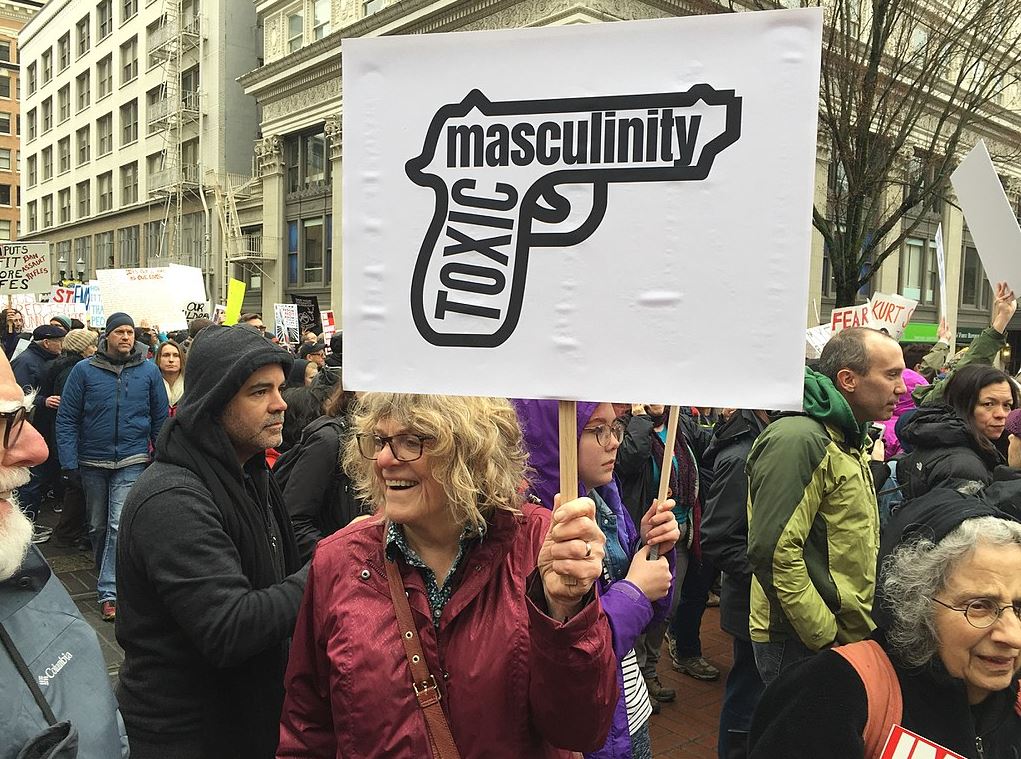 Thomas B. Edsall of The New York Times published a provocative piece the other day on the American Psychological Association’s recently released “Guidelines for Psychological Practice with Boys and Men.” The Guidelines, which seemed a kind of attack on what some people call “traditional masculinity,” had kicked up a fair amount of controversy among academics and commentators. That was entirely predictable. But Edsall predicts that the Guidelines and their underlying biological outlook will become “an integral element of contemporary political conflict.”

Edsall notes that, until recently, conversations over the role of men and women in society had focused primarily on problems confronting women. But that’s changing. Increasingly, Americans have become concerned about how these issues, as pressed by social science “experts” and feminist activists, are affecting boys. The Guidelines, Edsall suggests, are likely to intensify those concerns.

Some samples of Guidelines thinking:

“Traditional masculinity—marked by stoicism, competitiveness, dominance and aggression—is, on the whole, harmful.”

Psychologists should “strive to recognize that masculinities are constructed based on social, cultural, and contextual norms.”

“Thus, male privilege often comes with a cost in the form of adherence to sexist ideologies designed to maintain male power that also restrict men’s ability to function adaptively.”

The Guidelines also argue that many of society’s ills—homicide and other violent crimes, suicide, misbehavior in school, declining life expectancy, even attention-deficit hyperactivity disorder—stem from traditional masculinity.

In other words, traditional masculinity is the product of bad societal customs, which need to be reformed so boys and men can be reconditioned to become, essentially, more feminine and hence less troublesome to society.

These numbers suggest that gender politics has driven a large partisan wedge through America. The clincher is the APA’s dogma that insists masculinity is essentially bad and a product of society and not nature or evolution.

But here again, there is a strong partisan divide. As the Times’ Claire Cain Miller has reported, Pew data indicate that more than half of Republicans believe biology determines differences in how men and women engage in parenting, express feelings, and spend free time. Two thirds of Democrats attribute these differences primarily to society.

Nature versus nurture is a social science debate going back at least to Darwin and probably earlier. It was hilariously characterized in the 1983 movie Trading Places, starring Dan Aykroyd and Eddie Murphy. But then it was easy and fun to parody because it was essentially an academic discussion, exercising little impact on ordinary people in their daily lives.

Now the American Psychological Association is trying to change that. These Guidelines are meant to influence psychological professionals in dealing with the problems of boys and men. Their underlying dogma is likely to become a powerful factor in the actions of school counselors, teachers, therapists, and others. They don’t call them “guidelines” for the fun of it.

This poses potential problems for parents who disagree with the Guidelines and the ideology that underpin them. As that ideology gets more and more firmly embedded in the consciousness of the educational and psychological establishment, those with opposing outlooks on masculinity will become increasingly marginalized. The aim of the Guidelines is to ensure that parents of boys have less and less influence over how their children are treated and the underlying outlook that guides that treatment.

The inevitable result: the political divide over gender issues identified by Edsall will become wider and more intense.

Consider also the powerful issue of transgender politics. A California writer named Abigail Shrier wrote a piece for The Wall Street Journal a few weeks back about what she calls “rapid onset gender dysphoria.” This is different from traditional gender dysphoria, which generally begins in early childhood and entails a severe and enduring feeling that one was born the wrong sex. The late onset variety emerges suddenly in adolescence, besetting teenagers who had never before manifested any confusion about their genders.

Shrier describes the early research into this by a physician and researcher named Lisa Littman of Brown University, who in 2016 noted an increase in parents reporting that their daughters had suddenly insisted that their gender identity was different from their sex. After interviewing 256 such parents about their teens’ mental health, social interactions, and social media habits, Littman concluded that some of this may have been stirred by “social and peer contagion.”

After all, as one parent reported to Littman, “To be heterosexual, comfortable with the gender you were assigned at birth, and non-minority places you in the ‘most evil’ of categories within this group of friends.” Another said, “Being trans is a gold star in the eyes of other teens.”

Perhaps this sensibility on the part of young people could be driven in some measure by a teen culture based on the need for people to “check their privilege.” If they can’t get themselves into some kind of minority, they end up in that “most evil” of categories—white privilege.

Perhaps researchers will determine that late onset transgender dysphoria is no different from the traditional kind. Littman’s work was designed to raise questions that could then be addressed by further study. But that will never happen if the professional ideologues have their way. They issued an attack on Littman so vehement that even Brown University took steps to distance itself from her study. One activist called Littman’s research “a naked attempt to legitimize anti-transgender animus with a veneer of academic responsibility.” Another called her questions “a hoax diagnosis.”

Shrier’s own conversations with parents of ROGD teens demonstrates that the medical community doesn’t want to hear about any distinction between traditional dysphoria and the late onset kind. “The standard for dealing with teens who assert they are transgender,” writes Shrier, “is ‘affirmative care’—immediately granting the patient’s stated identity” without any psychological evaluation. As the motto of one transgender activist declares, “The personal is empirical.”

This raises two profound questions. First, is it possible that some young women are allowed to rush into irreversible treatment without any serious effort to determine with assurance the underlying syndrome? Shrier believes this happens, including “top surgery” (a euphemism for double mastectomies), cross-sex hormones, and so on. She notes that Planned Parenthood furnishes testosterone to young women on an “informed consent” basis, sans any psychological evaluation. She adds that student health plans at 86 colleges, including most Ivy League schools, cover not only cross-sex hormones but surgery as well.

The second question is this: what is the role of parents when their young daughters decide they are transgender and seek help from the professional experts? The answer is that, in most cases, the parents are shunted aside. Writes Shrier: “Nearly every force in society is aligned against these parents: Churches scramble to rewrite their liturgies for greater ‘inclusiveness.’ Therapists and psychiatrists undermine parental authority with immediate affirmation of teens’ self-diagnoses. Campus counselors happily refer students to clinics that dispense hormones on the first visit.”

The matter has been so politicized that many parents feel helpless as their daughters rush into what may be disastrous decisions at the behest of the so-called experts. As one mother described her plight to Shrier, if your daughter joined the Moonies, there would be plenty of social sympathy. “With this I can’t even tell anybody. I talk to my husband, that’s it.”

Of course, the transgender issue will never reach the magnitude of the masculinity question as a political issue. There are a lot more boys than transgender teens. But the increasing boldness of ideological social science activists in these matters of family life is almost guaranteed to generate a backlash. It will emerge in the only place it can, as Tom Edsall predicts—the political arena.