Marie Kondo is No Cure For Our Hyper-Consumer Culture 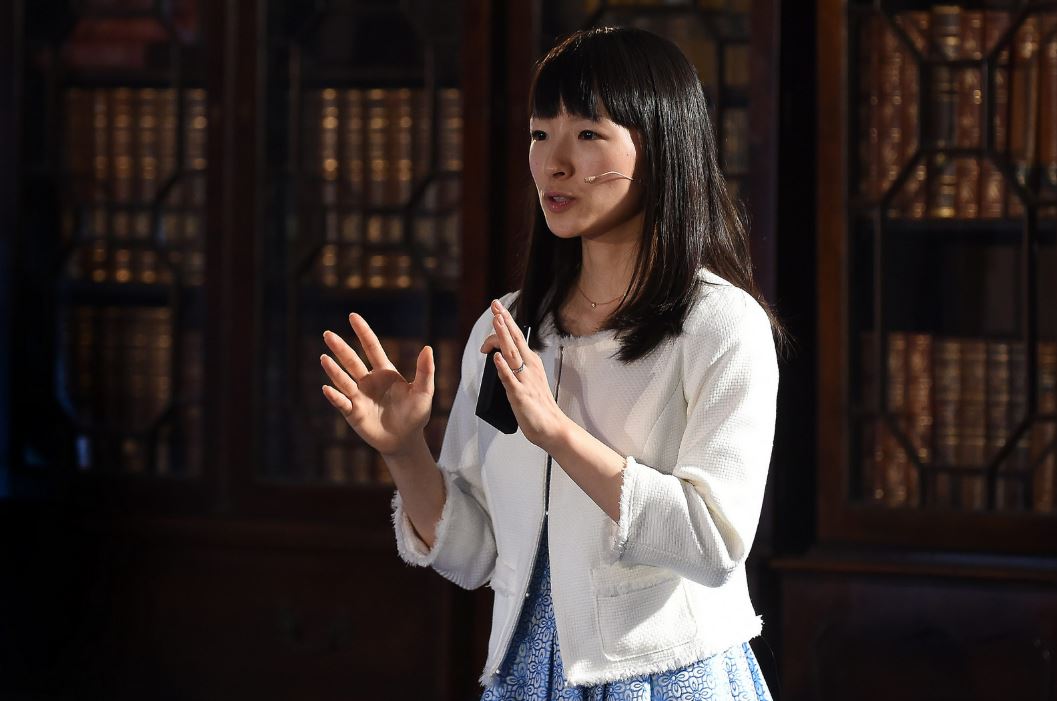 With all the commentary and meta-commentary about Japanese design consultant Marie Kondo’s new Netflix show, you could be forgiven for thinking there was something mystical about keeping a neat home.

There’s nothing mystical about it, of course, though perhaps we should be thankful that we are among the first generations in human history affluent enough to spend money on consultants who help us get rid of all the stuff we’ve bought.

While Tidying Up With Marie Kondo might at first glance look like nothing more than a high-brow television version of College Hunks Hauling Junk, that would be an unfair characterization. There is a considerable element of skill and talent involved in home organizing, just as in music or art. Some people, given a cabinet or drawer and some stuff, couldn’t if their life depended on it figure out an efficient and useful way to organize it. More space only helps so much, because there is more to organizing than space. People who have a natural sense of how best to utilize space can teach it, and that’s great. Home organizing, like cooking and budgeting, is a basic and life-enhancing skill.

But that is where the common sense of Tidying Up largely ends. Overlaid on top is quite a bit of celebrity power, trademark “methods,” and pseudo-therapeutic pablum. It may be helpful, but its utility is often illusory. When the awe wears off, instead of being left with the underlying skills, we too often go looking for another gimmick.

If you haven’t made the connection already, there is another industry that operates on an eerily similar premise: dieting. I like to say that there would be no diets without Big Macs—diets are the reactionary extreme of a food culture that has widely adopted unhealthiness. What is lost is an everyday, unselfconscious habit of balanced and healthy eating.

Virtually every diet, no matter how wonkish, trendy, gimmicky, or celebrity-driven, comes down to the nutritional basics of consuming fewer and higher quality calories and foods. Our inability to naturally do that—driven, among other factors, by long working hours, less home cooking, more restaurant outings, and an overabundance of subsidized junk food—has given rise to a bloated industry dedicated to dressing up commonsense nutrition in every kind of trick and gimmick and gamification. Nonetheless, the essential similarity of all diets is underscored by the fact that not a single one of them recommends eating more, or more unhealthy, food. The diet industry and the organizing industry represent the privatization and commercialization of what would in a healthier society be common shared wisdom.

Home organizing has, over the years, spawned everything from HGTV shows to Marie Kondo’s “KonMari method” to an entire chain of big-box retailers. There would be no (or at least many fewer) organizing consultants without consumerism. After all of the debate about minimalism, aesthetics, privilege, and the validity of emotions beyond joy, you’re still left with a certain amount of stuff and a certain amount of square footage in which to fit it. There are no miracles in home organizing, unless thrift stores and self-storage units count as miracles. Every method and approach and trick is just a particular way of expressing that most of us have more junk than we need and could use a few organizing tricks. It would be more fruitful to build up willpower and challenge an economy that presentsoverwhelming incentives to over-consume.

This is not to discount cases in which such behavior is tied to more complicated problems. In the case of nutrition, there are real eating disorders and hormonal imbalances. Poor organization or out of control consumerism can also mask much deeper issues, with hoarding the most obvious manifestation. For some, Marie Kondo’s trademark question—does a particular item “spark joy?”—may be emotionally difficult to work through. For others, it may begin to approach therapy.

But the vast majority of disorganized homes suffer simply from too little space and too much stuff—and the latter more acutely. Every Christmas means more candles, bath accessories, and decorative serving platters. Every trip to the big box store is an opportunity to buy one of literally thousands of cheap, superficially appealing items. Every Bed Bath & Beyond, At Home, and Container Store in the land is stuffed to the gills with electric wine aerators, mango and pineapple and avocado slicers, laminated particle board bookshelves, plastic palm trees, and gel-filled kitchen mats. It is the retail equivalent of junk food, and it takes an iron will to consistently resist. It doesn’t help that at least in suburbia, shopping has long been the primary—if not virtually the only—cultural and social activity.

Only in late capitalism could the remedies for the very miseries resulting from the system be packaged and sold as “cures.” Our system of haywire consumerism and celebrity-powered alleviation is the equivalent of a doctor who breaks legs and then charges to patch them up. It may be medicine, but medicine indicates illness.

This does not mean that Marie Kondo or others in her industry are conning or exploiting anybody. Nobody is forced to hire a home consultant, just as nobody is forced to get to the point of needing one. The home organizing industry is merely an epiphenomenon of a wasteful and over-consuming society.

If such gimmicks or “methods” are genuinely helpful or insightful to people—in the same way that HOMES helps you to remember the Great Lakes—that is salutary. But the ultimate answer is to cultivate a proper attitude towards consumption and homemaking, to learn not to develop the clutter that requires joyful decluttering in the first place.