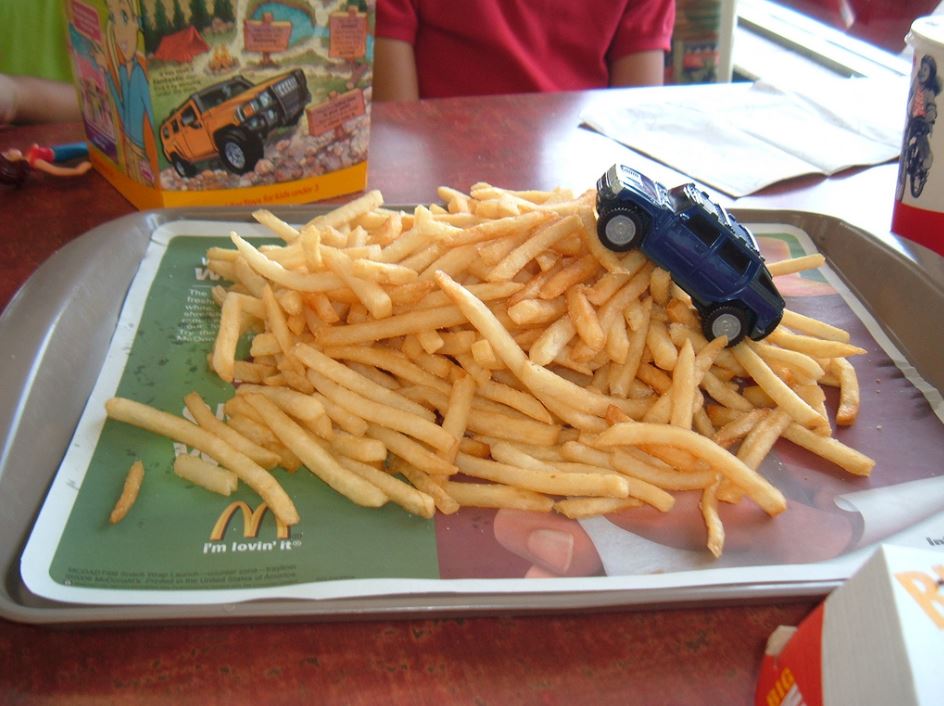 More than a dozen Michigan lawmakers support a resolution in the state’s House of Representatives pressuring fast-food chains like McDonald’s to eliminate “gender-classified” toys from their children’s meals.

State Rep. Leslie Love, D-Detroit, who introduced House Resolution No. 49 on Wednesday, told The Daily Signal in a phone interview that the purpose of her resolution is to stop fast-food chains from reinforcing gender stereotypes.

“I would visit fast-food restaurants and when you go through the drive-thru they always ask if you want a girl’s toy or a boy’s toy, which was really annoying. Just offer people a toy … and move on with it,” she said. “How do we get caught up in gender identity with a toy?”

“We’re telling them [children] in advance … that this toy equals a boy and this toy equals a girl,” Love said. “We’re setting up this prejudice in our children unconsciously, unknowingly. It has become so ingrained that this dysfunction is almost normal.”

The resolution states, “If a customer desires a toy, it should be one of his or her choice without classification by gender. Customers should simply be offered the choice of toy.” Lawmakers even included a written example of how to offer the toy: “Would you like a Transformer or a My Little Pony?”

It goes on to list the negative effects of offering gender-codified fast-food toys—including damage to the imagination and aspirations of children—which it says “numerous studies have highlighted,” warning:

This is a significant issue as billions of these meals are sold every year and this practice can influence and limit children’s imaginations and interests by promoting some toys as only suitable for girls and others only for boys.

“Boys are more likely to play with toys that develop spatial intelligence and reasoning than girls,” the resolution continues, citing a 2015 study by Association for Psychological Science. “These skills are especially important for success in academic and professional domains, including science, technology, engineering, and math (STEM).”

But not everyone sees the issue as a legislative priority in the state:

@statereplove10 Hi, my name is Leslie Love. I just sponsored a bill about gender for toys at fast food restaurants because that is more important than better schools, infrastructure, city services and affordable housing. What a joke.

Michigan lawmakers now targeting McDonalds kids meals. They want to legislate there be NO DISTINCTION BETWEEN BOY & GIRL TOYS.

When will the Communists utter idiocy end…. I hope someone has enough guts to sue to stop this madness! https://t.co/JK9OuWfFlu

Others expressed concern that the move represents an increasing encroachment of political correctness into everyday life:

Michigan Lawmakers Want To Ban Fast Food Chains From Offering ‘Gender-Specific’ Toys. It doesn’t matter if these people are going too far. We don’t know how to stop it and more and more people are joining in out of fear of losing their jobs or social status.

1% of the population is now ruining McDonald’s.

For her part, Love said she has received positive feedback from her constituents on her Facebook page, and that this resolution hasn’t prevented her from being an effective lawmaker.

“It’s not an either/or situation, it’s an and/with situation,” she told The Daily Signal.

Love said she has already tackled many quality-of-life issues, such as pay equity, increasing minimum wage, and improving water quality.

“If not, I would feel bad working on this resolution,” she said.

Love also downplayed concerns about the intrusiveness of her legislation. She said the resolution was meant to give fast-food companies “an opportunity on their own to agree, take a look at their culture, and see how they can do better,” comparing her resolution to resolutions asking companies to put a greater emphasis on recycling.

Love pointed to companies that have already recognized the need to shift away from gender classification.

“Target has said they would stop using that kind of language and stop painting the girl’s section pink and the boy’s section blue.”

The resolution, which currently has 13 Democrat co-sponsors and one Republican co-sponsor, is not legally binding, and would merely constitute a suggestion for fast-food chains to change their current practices. It specifies that copies of its text should be sent to the CEOs of major fast-food chains in the state upon passage.

Love indicated the resolution was assigned to the Commerce Committee, and does not yet know when a vote will take place.

Additionally, Love said she was motivated by the circumstances surrounding this year’s midterm elections, which saw a record number of women elected to Congress.

She also noted that in the wake of the #TimesUp and #MeToo movements, the country has seen more women than ever “having a voice” and “breaking barriers.”

“People are noticing things that we haven’t noticed before. Consciousness has moved forward during this time.“