Amid the Seas of Empty Asphalt, after Christmas 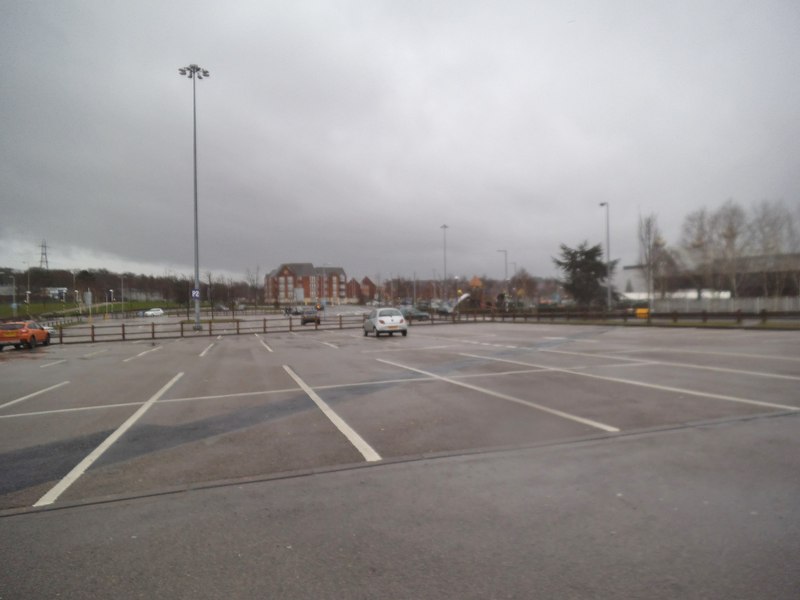 These are the days after Christmas, the days when families across the country burst out from their households of holiday cheer in order to once again brave the lines and lots of shopping malls, exchanging gifts and chasing year-end deals. It is, in other words, one of the busiest shopping days of the year, a “peak” shopping day for which big box stores are equipped with acres of asphalt.

This peak parking planning might seem a welcome relief to the mom in the minivan circling ever further out in search of a single open spot. But for many, if not most, commercial retail development, that parking will not be used to capacity even at peak.

During the highest peak parking day of this retail year, the dread Black Friday, Chuck Marohn and the Strong Towns crew engaged in a very useful exercise, snapping photos of their local parking lots on the morning of Black Friday in order to gauge just how much peak supply was serving supposed peak demand.

In many cases, the Strong Towns monitors found lots half-empty—or worse. Any failures at peak demand only serve to emphasize how woefully disconnected our zoning and town planning often is from the real demands of good policy, however. For even if every lot were ideally full on peak days, that would leave acres of empty, nearly unusable space for the other 362 (or so) days of the year.

If the federal government was requiring bureaucratic agencies to build acres of offices that would never or almost never be used, conservatives would rightly point to that policy as being emblematic of out-of-touch government, disconnected from the discipline of the market and the needs of the people. Ted Cruz would quip about it on talk radio, and John Boehner would drone in perfunctory tones about a needless example of government waste. Because this particular government mandate is carried out by private actors acting in compliance with received zoning ordinances, however, conservatives often mistake commercial conformity for a product of free markets. And we have lived under the minimum-parking regime for so many years that we have come to be comfortable with oceans of empty lots as the seemingly natural pattern of retail life.

This comfort comes at a steep cost, however, as asphalt does not pay taxes, does not host events, does not bring communities together, save for the occasional pop-up car wash church fundraiser. Instead of more shops, spaced close enough to walk from one to the other, there are patterns of gradually degrading lines drawn on the pavement. All that empty asphalt can be seen as an imposed desert, whereby the government is intentionally yet needlessly forgoing revenues that will have to be extracted from its citizens by other means.

So as you get out of the house today, should you go shopping, or drive by a big box lot, I would invite you to take a mental note of how many parking spots lie empty. And take another note of how many people, how many enterprises, how many ministries, could be fit into one Wal-Mart’s sea of concrete.

This article has been republished with the permission of The American Conservative magazine.