What Lincoln’s Secretary of State Can Teach Us About Hospitality 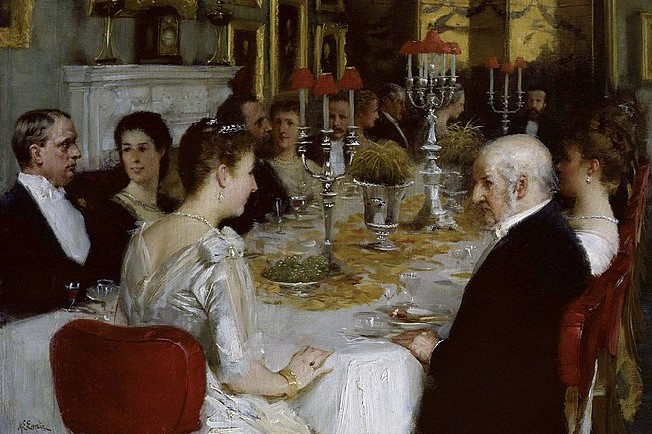 November elections are unfortunate in that they have the power to throw a long and divisive shadow over an already under-appreciated holiday, Thanksgiving. The 2018 election cycle was considerably less divisive than the 2016 cycle – which had the effect of cutting Thanksgiving dinners short in many families, and some family members even being uninvited from their family’s gathering – but it was certainly not without its difficult moments. Politics has a tragic ability to tear families apart.

A couple of weeks ago I finished reading Team of Rivals: The Political Genius of Abraham Lincoln, by Doris Kearns Goodwin. It was an enlightening read and gave me a better understanding and much deeper appreciation of Lincoln’s leadership abilities.

But it also gave me insight into individual members of Lincoln’s cabinet, especially Secretary of State William H. Seward. Before that, my knowledge of Seward barely extended past the association of his name with the purchase of Alaska, which, incidentally, took place under Johnson’s tenure, not Lincoln’s.

Seward was a crucial member of Lincoln’s cabinet, and had an illustrious and influential political career both before and after Lincoln’s presidency. But what I found even more striking than Seward’s political career was his lifelong habit of hospitality.

At a time when the political situation in America was literally on the verge of Civil War, Seward was known for his ability to bring together influencers of all political stripes for dinner parties in his upstate New York mansion. Goodwin writes,

“No one showed a greater acumen in reconciling the most contentious politicians in a relaxing evening atmosphere. Throughout the 1850s the New Yorker used such dinners to maintain cordial relations with everyone, from Jefferson Davis of Mississippi and John Crittenden of Kentucky to Charles Sumner and Charles Francis Adams of Massachusetts.”

Rather than limiting his guest lists to those who held to his political views and advanced his agenda, Seward created a space where people who radically disagreed with one another were able to set aside their differences for a few hours and enjoy an evening of camaraderie.

Hospitality is on its way to becoming a lost art in America today as our culture becomes increasingly divided. Perhaps now would be a good time to learn from Seward’s ability to bring people together and emphasize commonalities rather than disagreement. Seward’s emphasis on hospitality demonstrated an understanding of the fact that, in the long run, we are more likely to create opportunities for persuasion by building relationships, not by tearing them down.

One of the reasons that Seward was able to practice hospitality among political enemies without the evening ending in violent threats or canings was his ability to engage people in non-political conversation. Seward shared Lincoln’s love of stories and was skilled in engaging in conversations that appealed to broad interests. According to Goodwin,

“Seward was a superb master of ceremonies, putting all at ease with his amiable disposition. Though an inveterate story-teller himself, he would draw the company into lively conversations ranging from literature and science to theater and history.”

Given Seward’s emphasis on hospitality, it is hardly surprising that he was the one who drafted Lincoln’s Thanksgiving proclamation in 1863. While Thanksgiving had been observed throughout the States for many decades, it was not celebrated on the same day throughout the country.

With the nation divided and soldiers far away from their home States, Sarah Hale took the opportunity to urge President Lincoln to set a permanently fixed date for the national observance of Thanksgiving. Hale’s requests to earlier presidents over the past fifteen years had brought about no results, but this time she found a sympathetic listener. Seward drafted and Lincoln issued a proclamation setting the last Thursday in November as a day of Thanksgiving and prayer.

It is striking that the Thanksgiving proclamation opens with an acknowledgement of the blessings of the past year, even in the middle of the bloodiest war in America’s history:

“The year that is drawing towards its close, has been filled with the blessings of fruitful fields and healthful skies. To these bounties, which are so constantly enjoyed that we are prone to forget the source from which they come, others have been added, which are of so extraordinary a nature, that they cannot fail to penetrate and soften even the heart which is habitually insensible to the ever watchful providence of Almighty God.”

Gratitude and hospitality go hand-in-hand, so it is hardly surprising that Seward excelled in practicing both. Choosing to begin the Thanksgiving proclamation with an emphasis on ways that America had been blessed in the past year demonstrates Lincoln’s and Seward’s ability to choose to set aside the hardships and divisions facing the nation at the time and focus on investing their time in fellowship with those around them.

Rather than finding reasons to cut a day of celebration short over political differences, this Thanksgiving is a perfect opportunity to come together, practice hospitality, and celebrate the blessings of the past year.