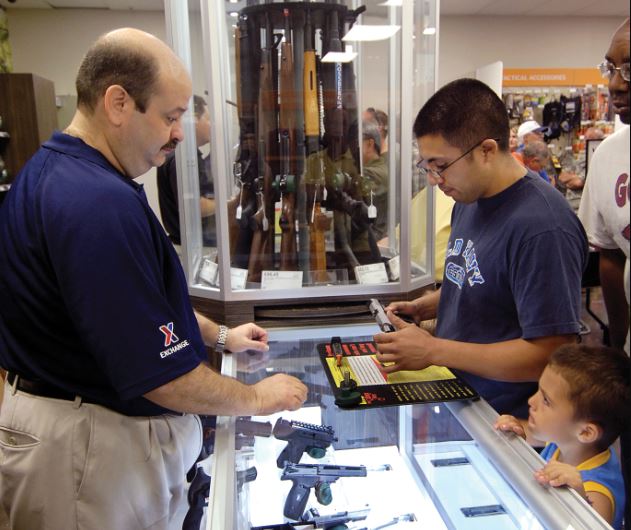 A pair of New York legislators is drafting a bill that would make social media history checks part of the process of purchasing a gun.

Under the legislation, gun purchasers would have up to three years of their social media history potentially scrutinized by authorities, New York outlet WCBS NewsRadio reports. The internet search history of prospective gun buyers would face searches going back up to one year.

“A three-year review of a social media profile would give an easy profile of a person who is not suitable to hold and possess a firearm,” said Brooklyn Borough President Eric Adams, who has proposed the legislation with New York State Senator Kevin Parker.

“If the police department is reviewing a gang assault, a robbery, some type of shooting, they go and do a social media profile investigation,” Adams said.

There are some obvious flaws with the legislation.

First, comparing the search of a prospective gun buyer’s internet history to routine police investigations is odd. When an assault, robbery, or shooting occurs, police are investigating a crime. That is not the case with someone trying to buy a firearm; the buyer is simply trying to make a lawful purchase. This bill is closer to what one might call pre-crime, an idea that has served as a plot device in dystopian literature for more than half a century. (The 2002 Tom Cruise movie Minority Report, a story that centers around a state that has figured out how to stop crimes before they happen, was based on a 1956 Philip K. Dick novel.)

Additionally, there is the issue of defining hate speech, a notoriously nebulous term. (Europe has already shown where the road of state-regulated hate speech takes us.) What authority would determine what speech qualifies as “hateful”? To deny someone a fundamental right based on the state’s interpretation of “hate speech” would be an affront to constitutional principles.

The right to bear arms and free speech are arguably the two most fundamental rights enshrined in the US Constitution.

These are rights beyond the reach of government.

“…the Bill of Rights does not come from the people and is not subject to change by majorities,” wrote Walter Lippmann. “It comes from the nature of things. It declares the inalienable rights of man not only against all government but also against the people collectively.”

The only thing New York lawmakers are missing in this misguided effort, as Walter Olson quipped at Cato, is “for New York to quarter troops on the homes of applicants with especially bad social media postings.”