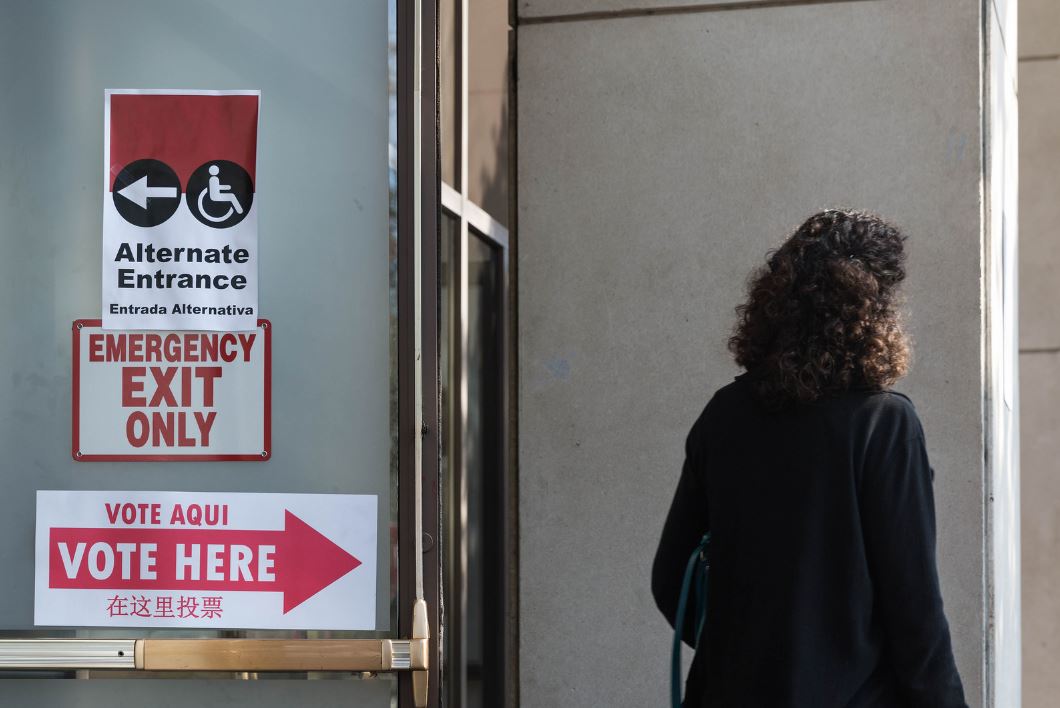 The midterm elections are less than a week away, and that means that ensuring the integrity of the electoral process is more important than ever.

If Americans cannot say with certainty that their votes will be counted, that the process is free of fraud, and the outcome is valid, what incentive do they have to turn out in the first place?

Unfortunately, the latest news on the election integrity front is less than inspiring.

In August, the Justice Department announced it was prosecuting 19 foreign nationals for illegally voting in North Carolina—some of them in multiple elections. Those prosecutions are ongoing.

A month later, Californians learned—just weeks before a tremendously consequential election—that a “processing error” had led to 1,500 people being improperly registered to vote in their state, including at least one noncitizen.

Unbelievably, this is only the latest in a series of snafus that have plagued the state’s new “motor voter” law. Earlier this year, the state Department of Motor Vehicles botched 23,000 registrations and double-registered potentially tens of thousands more.

Just this week, The Heritage Foundation has added 20 new cases to its online election-fraud database, which now documents 1,165 proven cases of election fraud spanning 47 states. Some 1,011 of these cases resulted in a criminal convictions.

The new entries run the election fraud gamut, but voters heading to the polls may find one from Philadelphia particularly disturbing.

The members of the election board responsible for administering polling station 43-7 during a March 2017 special election abused their authority to deny voters an opportunity to freely cast their ballots.

According to Pennsylvania Attorney General Josh Shapiro, Calvin Mattox, Wallace Hill, Thurman George, and Dolores Shaw employed “harassment and intimidation against voters who wanted to vote for candidates of their choice—but not the candidate being pushed by the city’s Democratic Party machine.”

Mattox, Hill, and George pleaded guilty to various election law violations and received probated sentences and a loss of their voting rights. Shaw received an accelerated rehabilitative disposition for “compromising the local election board.”

Meanwhile, in Illinois an entire family—Calvin Borders Jr.; his son, Calvin Borders III; his daughter, Candace; and the son’s girlfriend, Janie Walker—registered to vote using a vacant lot on Jefferson Street in Brooklyn, Illinois. None lived in the city.

In one case of double voting, Jeffrey Hartman, a resident of Westminster, Maryland, illegally registered to vote in both Maryland and Morgan County, West Virginia, and on nine different occasions since 2006 cast ballots in both states.

Hartman pleaded guilty in West Virginia to illegal voting and was given a suspended 30-day jail sentence, was put on probation for one year, and ordered to pay a $100 fine and court costs.

These are just a handful of the more colorful cases from Heritage’s database, which is itself likely only the tip of the election fraud iceberg.

Simply put, the full scope of fraud in U.S. elections is unknown, and many states do not have in place the policies and procedures to detect and deter voter fraud.

Yet efforts at studying the problem, such as President Donald Trump’s thwarted Presidential Commission on Election Integrity, or proactively addressing the issue, like Ohio’s move to clean up voter rolls riddled with errors, are vigorously attacked and opposed by liberal activists and politicians.

They have spent years insisting, despite mounting, incontrovertible evidence—to say nothing of common sense—that election fraud is nonexistent. They claim that “election integrity” is a smokescreen designed to conceal efforts at suppression and disenfranchisement.

What they ignore, or more accurately, seek to bury, are the inconvenient facts that dispel these narratives. Participation rates have increased in states that have adopted voter identification laws.

When states do pass photo identification requirements, they include provisions that ensure that anyone without an acceptable ID can get one for free.

Opponents of election integrity also want to deflect attention away from the broad popularity of the measures they attack. Voter ID, for example, is so uncontroversial that even in our bitterly divided era, a Rasmussen poll found that 70 percent of likely voters favor it.

They also want to deflect attention away from the bitter truth that each illegal ballot that is cast essentially disenfranchises a lawful voter. That is something no American should tolerate.

With elections, the process matters at least as much as the outcome, and Americans deserve a process they can trust.