Is Alexandria Ocasio-Cortez Right About the New Amazon Headquarters? 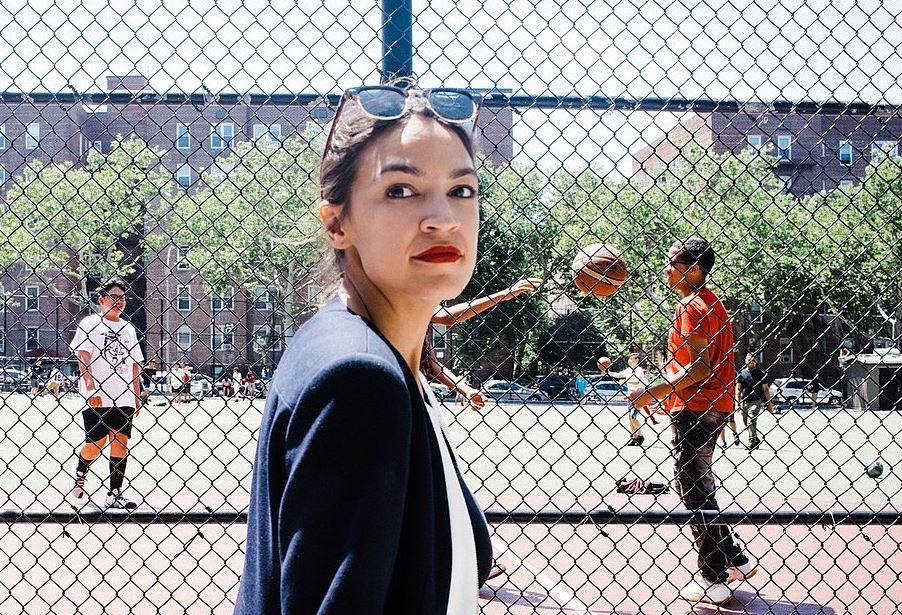 After much anticipation, Amazon announced yesterday that it will open its new headquarters, HQ2, in two locations: Queens, New York, and Crystal City, Virginia. It will also open a third “Operations Center of Excellence” in Nashville. Controversy attended the announcement, as all three cities promised the company subsidies and tax incentives topping $2.2 billion.

New York pledged $1.525 billion between tax incentives and grants. Virginia and Arlington agreed to an $800 million package, more than half-a-billion of it in cash grants. Nashville offered up to $102 million in tax credits and grants, many of them conditional.

These locations competed with 238 cities across the continent for the center, and its jobs. The average incentive package of the 20 semi-finalists totaled “$2.15 billion from cities and $6.75 billion from states over the next 15 years,” according to Michael Farren and Anne Philpot of the Mercatus Center. Some locations offered as much as $8 billion to lure Amazon.

Her objections are partly right and partly wrong.

She is right: Businesses don’t need these incentives.

Amazon is actually a trillion-dollar company, albeit one with a low profit margin. That makes these giveaways even less defensible.

What’s more, although Amazon told cities that “tax structure” would be a “high-priority” consideration, politicians’ giveaways don’t necessarily change any company’s decision. CEOs look for a skilled workforce, transportation, aligned industries, and, yes, a business-friendly environment. “Tax incentives and tax packages are uniformly viewed as low priorities … relatively unimportant to the basic decision,” according to Natalie Cohen of the Brookings Institution. One researcher found that as many as 90 percent of businesses would have invested in Texas without any state subsidy. These grants squander taxpayers’ money with little or no effect on the outcome.

She is right: This is cronyism.

Citizens should be concerned that politicians are giving away taxpayers’ funds to a well-connected corporation, so it can locate near the locus of political power. “Economic development” grants favor huge corporations. A 2014 study found that legislators handing out incentives are “biased toward larger companies.”

Picking winners and losers in the economy keeps politicians from treating all businesses – and all their constituents – equally. The cities and states that vied for Amazon’s HQ2 could have reduced their corporate income taxes by an average of 29 percent across-the-board, Farren and Philpot found. “Colorado, Maryland, and North Carolina could all cut their corporate income taxes by over 70 percent.” Instead of giving all businesses a break, corporation-specific tax incentives distort the market and give some employers an unfair advantage over their actual, or potential, competitors.

“These tax breaks are wrong. Dead wrong,” wrote Veronique de Rugy of Mercatus in National Review. “And your repeating until you are red in the face that they are great because a company will create jobs will not make these breaks ethically or economically acceptable.”

She is (partly) right: (Some of) this money could be spent on other things.

“If we have $1.7b to give to Amazon, then that means we have $1.7b to forgive NY student loan debt,” Cortez tweeted. One can quibble over what should be funded, but government spending always comes with an opportunity cost. Washington, D.C., could have increased its police force by 181 percent. New York state could have paid for all of its road maintenance, statewide, for three years.

There’s another option, seemingly unthinkable to any politician: The government could have refrained from spending the money at all.

However, reducing or eliminating taxes is not “spending.” Tax cuts allow an individual or business to keep more of the money they have earned. If the jobs generate more aggregate economic activity, the budget does not shrink.

She is wrong: Economic development benefits the community.

Although Amazon may have created these jobs in Cortez’s district without the incentives, there will be jobs: The promised jobs will benefit an estimated 25,000 of her constituents with a salary of at least $100,000, a promise of $2.5 billion in Amazon investment. (The same figures apply to D.C.) Amazon promises Nashville another 5,000 full-time jobs and $230 million in investment. This does not include economic activity generated by those employees’ consumption. Cortez portrays this as the “displacement” of the indigenous poor. However, living in greater proximity to wealth benefits the poor, including those who do not receive one of the 25,000 new jobs.

She is wrong: The jobs will be good for her constituents.

Work allows an individual to “make legitimate use of his talents to contribute to the abundance that will benefit all and to harvest the just fruits of his labor,” according to the Catechism of the Catholic Church. Aside from the financial impact, the jobs benefit employees spiritually by allowing them to develop their latent abilities. “Work honors the Creator’s gifts and the talents received from Him,” providing a forum in which the person “exercises and fulfills” the “potential inscribed in his nature.”

However, that person may have found just as fruitful labor with another employer, or without extravagant crony packages bribing Amazon to move into the neighborhood.